Looking to build its brand and generate qualified leads, Exstream Software has begun an aggressive direct mail campaign in which it will contact more than 1,000 people repeatedly every six weeks.

Exstream Software, Lexington, KY, a provider of software that lets companies conduct personalized business communications with clients, began the campaign in July. It targets chief information officers, directors of information services and vice presidents of marketing. The campaign will run through the end of the year.

This year Exstream will target only large companies in the financial services, insurance and service bureau industries.

The company is preparing to conduct its sixth drop, the second to its targets in financial services, in less than two weeks.

Kelley Sloane, vice president of marketing at Exstream, said the company is targeting only three verticals in order to manage its focus and leverage its customers' success.

“A lot of the companies we are targeting are Fortune 500 companies, but almost all of them are within the Fortune 1,000,” she said. “We provide services for people who do a high volume of mailings and communications to customers. Generally, they do hundreds of thousands or millions of contacts within a month or on a quarterly basis.”

Exstream is marketing the newest version of its flagship software suite, Dialogue 2.5. The software lets companies create personalized statements, direct mail pieces or informational booklets based on information a company has about its customers. It also provides campaign management and tracking.

Exstream thought the best way to build its brand was to contact people often, providing them with case studies about the success other companies have had using Dialogue and comparing its features to those of other software products in its field.

Sloane said the list of names being targeted came from several sources, including leads generated from trade shows, trade show registration lists and contacts from the sales department. A little more than 300 companies from each vertical are being targeted, and recipients who do not want future mailings can tell Exstream by phone or through Exstream's Web site.

When the mailings began, Exstream sent a text case study. After receiving a lower response rate than anticipated, it began using a color chart to compare features and benefits of Dialogue and three other software products.

“After adding the charts, the responses started going up,” Sloane said. “We primarily get a lot of responses right after the mailing gets to the targets.”

The company has yet to compile all the response figures, but Sloane estimates that with each vertical receiving two mailings so far, the response rate would be 2 percent to 5 percent.

If a recipient responds after the first mailing, he will get future mailings because the average sales cycle for Dialogue is six to nine months.

Sloane said it will take five to six different contacts before Exstream gets the attention of most of the targets. She said the company has not received any complaints so far after contacting the majority of the targets twice.

The calls-to-action are a telephone number that connects recipients directly with the vice president of sales or a Web address where they can request an additional informational packet. Before receiving one, they complete a request form from which Exstream can capture more information on the prospect's business and needs.

Licensing fees for Dialogue range from $100,000 to $1 million, depending on the company's needs, Sloane said. 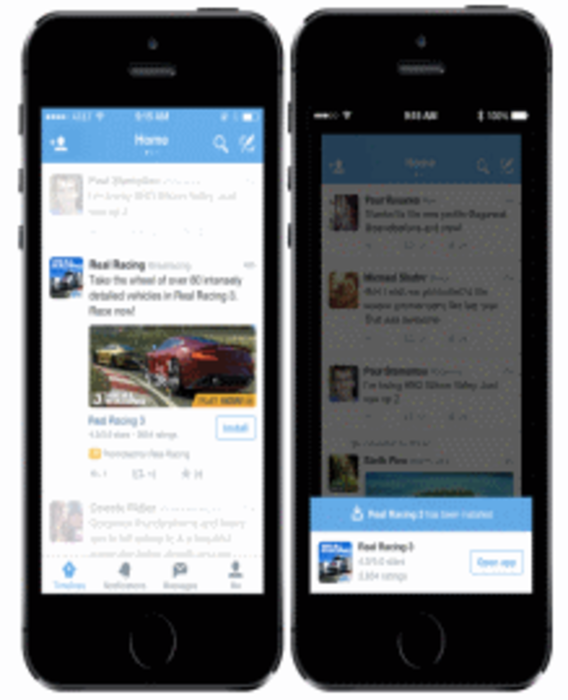 Embracing a service that has been a huge moneymaker for Facebook, Twitter will now also start offering mobile…

America Online opened an $18 million call center this month in Jacksonville, FL, near the University of North…