The Chicago Cubs are days away from clinching a spot in the playoffs and are the team most likely to win the World Series according to Las Vegas odds.

In short, life is good for the Cubs marketing team. But success is fickle – the Cubs know this as much as any sports team. So how are they using the recent success to their advantage and what do they do in times of mediocrity?

Even the nonbaseball fan is likely to know about the Cubs’ long-suffering status. The have not won the World Series since 1908 (losing five times since then and last appearing in 1945).

But with a charismatic new manager and multiple MVP candidates, the team is now the best in baseball.

Recent history had not been kind either – prior to last year, which was the team’s first time in the playoffs in seven years, they had finished last in their division five years in a row.

“Three years ago – my first year here –  we established our entire marketing campaign to talk about Wrigley and the social experience – we didn’t talk much about the games,” Linstroth says.

The team employs a data-driven marketing strategy that would impress the most sophisticated retail or eCommerce company. But it’s relatively new phenomenon. Linstroth says the drive for better marketing data came from “top-down, from the highest level.”

In 2009, the Ricketts family purchased the team in 2009 from the Chicago Tribune Company. The Ricketts family has long been involved in the financial service industry, with patriarch Joe founding the company that would end up TD Ameritrade.

“When the Ricketts family purchased the team, they did an analysis of gaps. And decided we needed a more solidified marketing strategy and the data needed to support that strategy,” Linstroth says. Part of that was personnel. She joined from Walgreens.

Linstroth says all campaigns are an eight-step process that begins and ends with analytics. The most important thing in any campaign is to determine the goal, she says.

“Is it awareness, engagement, a brand play, purchase, or repeat purchase?” Linstroth says. “For email, we look at open click rate, read rate, and did they take the action we want them to take?”

The team has seven primary fan segments, all mirrored around the question of “how did they want to interact with the Cubs?” They put fans into these segments by asking three questions all with multiple checkboxes one can select.

“I don’t know many other baseball teams that have gone after segmentation as aggressively as we have,” Linstroth says. “We leverage analytics in the planning process any time we have sufficient information to segment.”

The company then used an algorithm to redefine individuals as a segment, of which the three most important are:

If you’re a baseball fan, Linstroth says, your message is going to be about baseball. If you’re there for the atmosphere, it may be more about the concessions and activities.

The Cubs fortunately have one of Major League Baseball’s most iconic (and second-oldest) parks Wrigley Field and a steady stream of celebrities who show up to sing during the “7th Inning Stretch”, a baseball ritual.

Linstroth says the segments helps the team understand its audience since it is not currently tracking their actual behavior. When asked about increased personalization and data-tracking, Linstroth says “that’s a hot topic in our industry.”

“I was in retail, and everyone tracks down to one-to-one,” Linstroth says. “We want to be diligent how we would do it; we don’t want to seem intrusive. “

Social media also enables the team to keep on top of the fan experience.

While ticket sales are an important driver of any baseball team’s ROI, Linstroth says the team is also globally minded in building its brand.

“[Outside of Chicago] our goals are less about getting Cubs fans to go to road games or buy merchandise, it’s about building our brand,” Linstroth says, adding that this often takes the place of interactive content, like behind-the-scenes video.

But, no matter the fate of the team, the marketing team will hum along.

Luckily, that’s not something they have to worry about right now.

Helzberg Diamonds, which has more than 270 stores nationwide, announced today that it has launched a new Web…

Apparel maker Muscle Flex Inc. is gearing up to launch an online marketing campaign for its new Muscle… 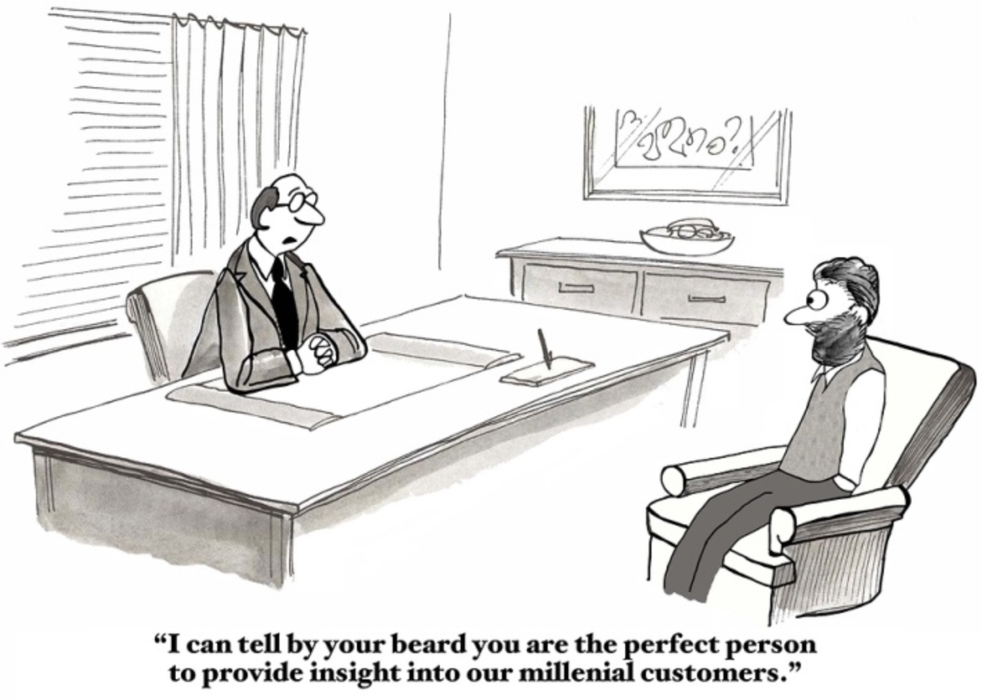 Are Millennials Really That Hard to Win Over?

Loyalty is hard to earn. The good news, however, is that it’s even harder to break. That’s why…