When theáCouncil of Better Business Bureaus last week announced that 11 of the biggest food-and-beverage companies, including McDonald’s, Coca-Cola, and General Mills, had pledged to continue with their stringent self-regulation in marketing their products to kids, it was clear that in the realm of ethical marketing concerns, self-regulation is actually a viable proposition.

The Federal Trade Commission set the self-regulatory guidelines in 2006. While these 11 companies may be purveyors of some delicious, sugary, fatty treats, they have also adopted a cardinal rule of corporate responsibility: Don’t just tout healthy eating; actually make products that allow for just that, educate on portion size, and limit the appeal of the “bad” stuff to people too young to be able to make informed decisions about their own health.

What’s vital now is for marketers to ensure that the healthy-living message penetrates every single channel. In early 2005, Kraft was one of the first major food companies to voluntarily limit TV advertising for unhealthy products during children’s TV. Its efforts were admirable, but when I went through its kid-friendly Web site at the time, I found among the healthy messages and games, recipes for children to make that had, for example, very high amounts of sodium.

The Direct Marketing Association has a section in its ethics guidelines that pertains to targeting direct marketing outreach to children. The guidelines don’t mention specific verticals, but Pat Kachura, SVP of corporate responsibility for the DMA, told me that, in general, “children are a special audience that must be handled with care. The bottom line is, marketers need to understand who their audience is when talking to them.”

The DMA, wisely, is targeting parents, enlisting them to both help their children make the right decisions, and also to protect their kids from marketing messages that conflict with these goals. Some parents will ask for direct marketing materials to be sent to their children as a sign their children are grown up. But most parents would rather things be sent to them first, for screening. As Kachura said, “Parents are the ones that should govern the relationship between the marketer and the child.”

The DMA is also keeping an eye on how direct marketers are using wireless communications to target kids, and of course, in such arenas, communications restrictions, privacy laws and list-hygiene technology exist that make it easier for parents to keep an eye on the direct marketing messages their kids are receiving than it is for them to, say, make sure they’re not seeing TV commercials that tout the unhealthy stuff.

Now that these food giants have proved that, for the most part, they’re doing the right thing by our kids, there is yet more positive, proactive work they can do that will tap into the ways that both kids, and their parents, interact with various media. As an experiment, I typed “healthy eating for kids” into my Google search bar yesterday. The only sizeable food brand names that came up on the first page of the paid results were General Mills’ Yoplait and Nestle’s JuicyJuice and Harvest Surprise brands. The latter company wasn’t even part of the CBBB’s report, so is clearly cognizant of the importance of delivering healthy-living messages to children. (In organic search, the bulk of the results came from nonprofits or government organizations.)

If a company can truly stand by the efforts its making to encourage kids to eat healthy food – and keeping the promotion of these efforts entirely separate from those to the beyond-help adults who need their regular fix of double-triple-bacon-lard-cheeseburgers – then it stands to gain a lot from creative SEM and SEO campaigns that underline its honorable intentions in this category.

“Social CRM” is one of the latest buzz terms in the CRM community, and lately, some major players…

The Internet not only is changing the way companies do business, but it also is radically changing the… 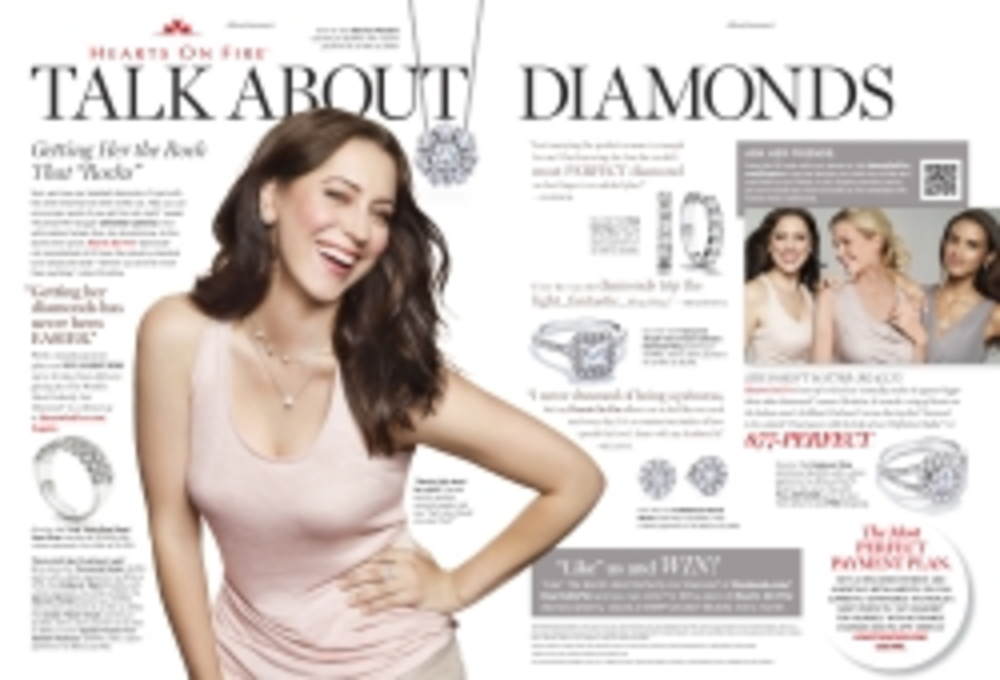 Hearts On Fire partners with Hearst for insert campaign