Search Engines Battle for the Desktop

The fight for search market share has moved from the Web page to the computer desktop, as search engines look to build loyalty in their user bases.

Microsoft and Ask Jeeves last week joined Google with test releases of their own software to comb users' computers. Yahoo said Dec. 13 that it, too, would join the desktop fray in early 2005.

The flurry of activity comes two months after Google launched Google Desktop Search, a tool that searches a user's computer for files, e-mails and instant messaging sessions. Microsoft and Ask Jeeves now have similar functionality, while each claims an advantage over the others in the number of files it searches; the speed of the search; the lightness of the application; and the ease of use for the consumer.

Daniel Reade, vice president of product management at Ask Jeeves, said many of the releases and announcements were an effort to keep up in the search arms race. Ask Jeeves announced its desktop plans in June when it acquired desktop search firm Tuckaroo.

“To be a major search player going forward, you're going to need all the access points to search,” he said.

Andy Beal, vice president of search marketing for KeywordRanking.com, said search engines needed to move beyond touting the relevance of their search results as a lure to users, who can easily switch to another engine.

“They want to keep people immersed in their brands,” he said.

For now, the economic rationale of desktop search is unclear. Google, Yahoo and MSN representatives have said their products will drive consumer loyalty, which will bring financial benefits through more clicks on their paid listings. Ask Jeeves will not show paid listings for desktop searches, though the tool can be used for Web queries, which carry advertiser links from Ask Jeeves' partner Google.

“At the moment we're not that concerned about monetizing it,” Reade said. “When you create great functionality, monetization follows.”

Google arguably has gone the furthest to monetize desktop searches by integrating desktop results with its Web search instead of providing a separate application like the other search engines. Google has said such an approach gives users a full view of their information, both online and offline. It also carries paid listings.

Microsoft hopes to use its control of the operating system and the main document types in its Office suite to integrate its desktop search seamlessly throughout a user's computing experience. MSN recently released a test version of its own Web search engine.

“We will look at other ways to distribute it, and I think you can assume we'll have it pretty broadly distributed,” Yusuf Mehdi, corporate vice president at MSN, said in a conference call Dec. 13.

Reade acknowledged Microsoft has a distinct advantage with its control of the desktop, yet he thinks the desktop search market will evolve with a number of options.

“Microsoft has an asset there to leverage and use,” he said. “However, people want choice in the market.”

Ask Jeeves positions its desktop search tool as more user friendly than offerings from competitors. It lets users control the speed of the indexing and which files are cataloged. The tool is integrated with common Windows dialogue boxes. For example, when opening a folder, an Ask Jeeves Desktop Search box appears for quick searching.

The tool also can draw on My Jeeves, Ask Jeeves' personalization feature that lets users save and search Internet sites they have visited.

Mehdi and Reade agree that the desktop search market is just getting off the ground, with few people using the available tools.

“It's early in the game,” Reade said. “It's no good trying to monetize something people don't use.” 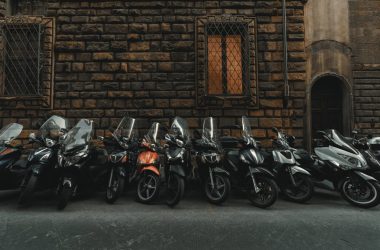 J&P motors through new indexes. Sure, motorcycle enthusiasts like the feel of the open air as they speed…