Through highly targeted marketing campaigns aimed at women between the ages of 35 and 54 in 17 markets, Pharmanex is stepping up the promotion of its consumer dietary supplements.

Estimating the alternative health category at $13.5 billion, Pharmanex, Simi Valley, CA, has budgeted $5 million for the yearlong campaign, which is being created and coordinated through the Dallas office of Ryan Partnership, Westport, CT.

The marketing effort, which initially will focus on Pharmanex's BioGinko, Cordy Max, Teagreen and Cholestin brands, will include multiple mailings to the target audience, as well as radio, in-store, and newspaper advertising, with a possible public relations campaign to follow, said Dave Williams, executive vice president of Ryan Partnership in Dallas.

Later in the year, the marketing programs also will promote other, newer Pharmanex products that are just being introduced to the market.

The campaigns will be carried out in markets that range in size from San Francisco to Madison, WI, and will be co-marketing efforts in conjunction with retailers that carry Pharmanex products in each market, Williams said. The company's products are only sold in stores and are not available directly from the company.

Demographic and psychographic qualifiers are being used to narrow down the direct mail target audience, Williams said. He declined to disclose most of the qualifiers for proprietary reasons, but noted that the mailings will be sent to prospects who live within a 3-mile radius of stores that sell the products.

As multiple mailings are dropped in 25-week campaigns, local celebrities, usually radio personalities, will be tapped to reinforce the direct mail message through radio ads. The ads will often feature the celebrity taking a cholesterol test on the air before trying the company's Cholestin, which is aimed at people with high cholesterol levels. Later, the celebrity will retake the test to see whether his or her cholesterol has been reduced. According to the company, one local celebrity in a test market saw his cholesterol drop from 218 to 180.

Other efforts may include print ads, in-store cholesterol tests at some stores and public relations campaigns, such as signings by authors of health books, to raise awareness of certain health issues,.

“We want to heighten awareness of several serious medical issues in addition to marketing the product,” Williams said.

The agency said it is confident that the campaigns could substantially increase sales of the products. A test in Tampa, FL, that included radio ads, in-store events and newspaper ads, but no direct mail or public relations, brought in four-fold increases in sales, Williams said.

The campaigns will be carried out in waves, with groups of four to six cities being targeted at the same time. The first wave includes Providence, RI; Minneapolis; Boston; Chicago; Cleveland; and San Francisco and will begin in April. 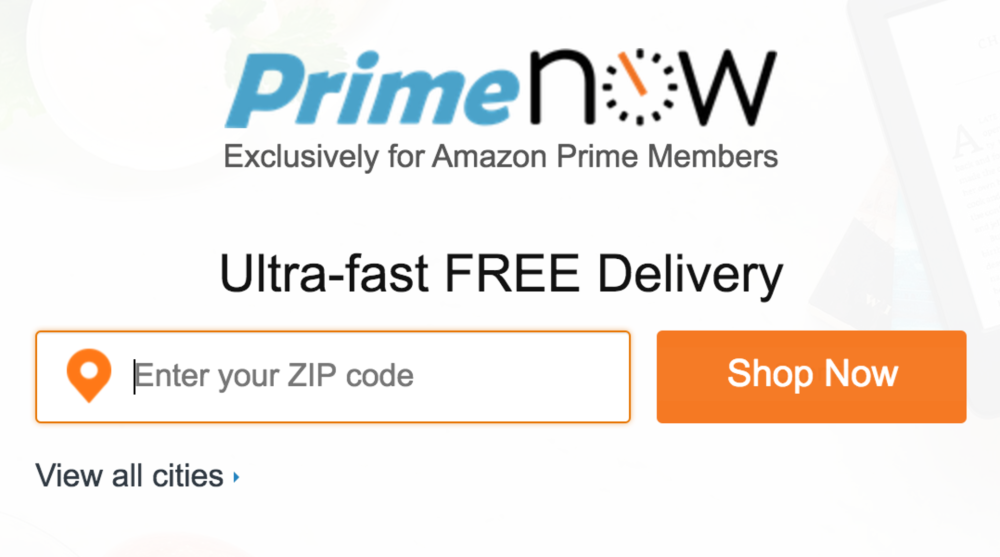 Does PrimeNow.com Put Amazon One Step Closer to Becoming a Logistics Company?