Reuters and the Financial Times are the latest publishers to offer advertisers the ability to target specific audience segments on their Web sites.

The British news providers both announced deals Friday with Revenue Science, Bellevue, WA, to use its Switched-On Audience Select service, which lets advertisers target audience segments. Segments are based on behavior tracked by cookies placed on users' computers when they visit each site. For example, Reuters could sell advertisers the ability to target readers with a heavy interest in investing, as shown by their frequent visits to the investment section and requests for stock quotes in the previous month. A financial services advertiser could serve these users ads no matter where they are on the site.

Ad-targeting software also allows publishers to charge more for low-value ad inventory by selling audiences in addition to sections. Reuters plans to add the targeting in addition to its contextual and geographic targeting already in place.

“The kind of advertisers asking for this segmenting are clearly the leaders in the field,” said Azhar Rafee, general manager of Reuters.com.Ad-targeting proponents see analogies to the success of search marketing, which has taken off in recent years by promising to serve relevant ads to an interested consumer. Google has taken steps to expand this through its AdSense contextual listings product, which scans a page for its meaning and then serves related text ads.

Omar Tawkol, senior vice president of product marketing at Revenue Science, said Web users' exhibited behavior on sites is an opportunity for advertisers to target their audience directly, beyond just the context of a particular Web page.

“Agencies are beginning to look at this very seriously,” Tawkol said. “A lot of them are adopting it and trying it out.”

For now, advertisers can target audiences only on a site-by-site basis, for a handful of segments. Tawkol said he could see a network approach similar to Google's AdSense in the future, but only if publishers see value in pooling their audiences.

“The person who writes the check is the advertiser, and over time advertisers will demand high-quality audience with high reach,” he said.

For such a system to work, Tawkol said, the collector of the Web behavior would need to be scrupulous in stripping out personal information. Four years ago, online ad-serving firm DoubleClick raised the ire of privacy advocates with its plan to marry its advertising cookies with its Abacus database of personal information. The company never implemented the plan after the controversy, which initiated a Federal Trade Commission investigation.

“The privacy concerns are very real,” he said. “Whoever does the network model has to nail that.” 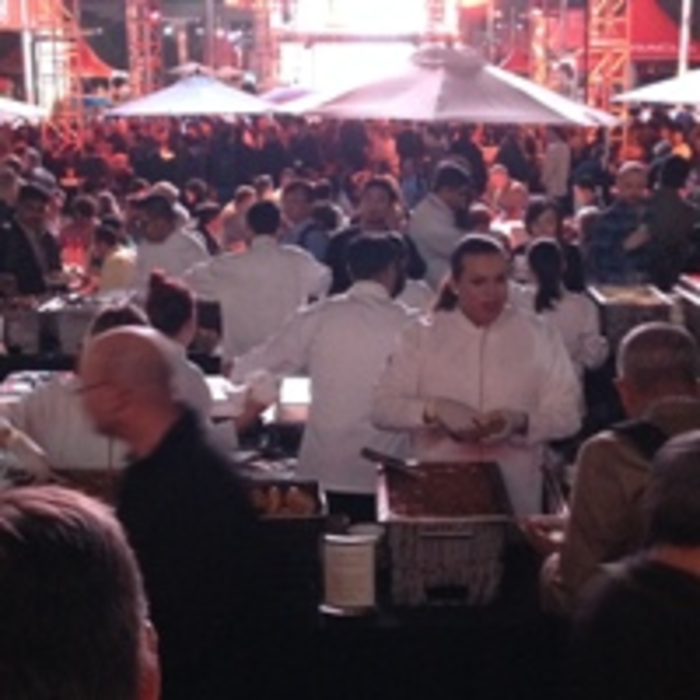 The claims made at Openworld—not least by Executive Chairman and CTO Larry Ellison and co-CEO Mark V. Hurd…