There may be no end in sight for the meteoric rise of The J. Jill Group Inc.

“We have a target price of $43 in a 12-month time frame,” said Jeff Klinefelter, senior research analyst at U.S. Bancorp Piper Jaffray, Minneapolis. “The fundamental performance of their business is the key driver. They have demonstrated over the last several quarters upside — starting in the fourth quarter last year and the first quarter this year — and with little acceleration of their top-line growth. The bottom line is this is a true multichannel commerce model and a business model that we feel is very compelling and will continue to deliver sector-leading returns.

“They have an established brand that is resonating with the consumer they are catering to — the [age] 35 to 55 female shopper [who is] not fashion forward to the point of presenting risk.”

J. Jill's performance runs counter to other companies in the DMNews Portfolio. Only four other of the 100 firms recorded double-digit percentage increases for June, and only 15 had any increase.

The company reported record results for the quarter that ended March 30 as net sales rose 15.8 percent to $73.4 million from $63.3 million in the prior year. Gross margin as a percentage of net sales improved 460 basis points to 34.7 percent compared with 30.1 percent in the year-ago period. Operating income totaled $4.8 million, or 6.5 percent of net sales, compared with $1.6 million (2.5 percent of net sales) in the previous year. Net income was $2.7 million, up from $796,000 a year ago.

Retail sales more than doubled from the previous year as a result of retail store rollout and represented 31 percent of total sales compared with 17 percent a year ago. The company opened four retail stores in the first quarter, bringing store count to 55, with 30 to 35 more anticipated by year's end. Direct channel sales fell $1.8 million to $51.2 million.

“The strategy is to have retail become more of a percentage of the business,” Klinefelter said. “They have the management team in place to manage the growth process. We don't see anything on the horizon as a fundamental risk to investors. We see more of the same — aggressive retail rollout and solid fundamental performance.”

In other news, Lands' End (LE) and Reliant Interactive Media (RIMC) have been acquired and are no longer listed in the portfolio. They were replaced by Collegiate Pacific Inc. (BOO) and Sportsman's Guide Inc (SGDE). Divine Inc. changed its ticker symbol from DVIN to DVIND and had a 1 for 25 split. First Data Corp. (FDC) had a 2 for 1 split, and Fair Isaac & Co. (FIC) had a 3 for 2 split.

Portfolio value: If $1,000 had been invested in each of the 100 companies in the DM News Portfolio at the start of the year, or when the stock first closed for newly public companies, the value would be $99,299, down 73 percent. 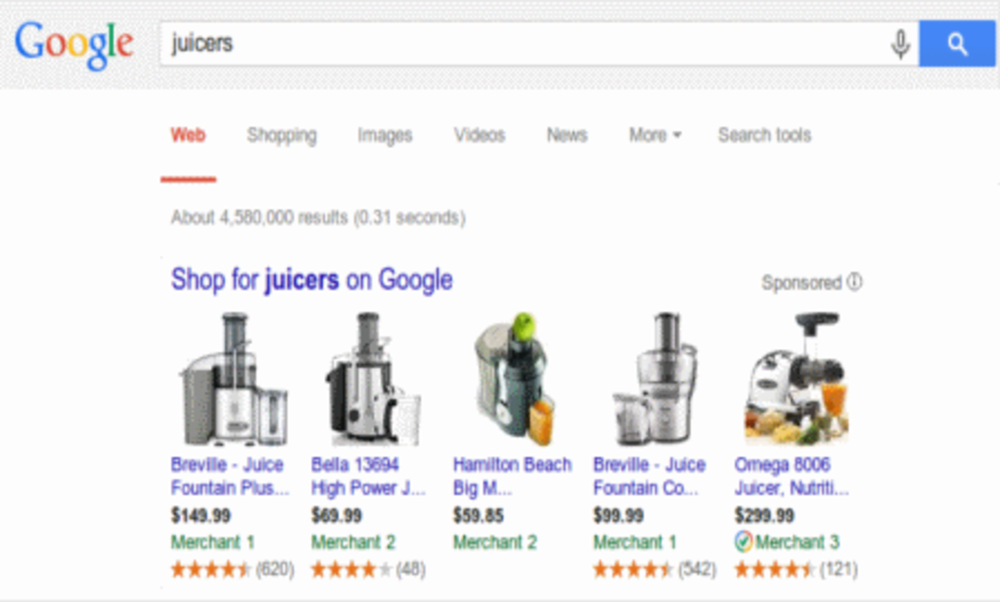 In an effort to look more “native” and authentic to users, Google Shopping is adding product ratings to…

Cannes Lions Expands 'Agency of the Year' to Direct, Interactive

The International Advertising Festival, also known as Cannes Lions, this year will present the Direct Agency of the…