Tim Peterson
0
0
0
Total
0
Shares
0
0
0
Pete Deutschman, founder and chief buddy of digital agency The Buddy Group, predicts that text campaigns will diminish in 2012, or as he calls it, the Year of Google.

Pete Deutschman: What didn’t happen is 2011 was a true proliferation of the ability to track upper-funnel and lower-funnel activities and derive an ROI, a true ROI, not just a made-up ROI. That didn’t happen in 2011, and I think we’re going to see that toward the later half of 2012. Part of the reason why I think that didn’t happen in 2011 was probably more along the lines of a lot of the “me too” companies and huge proliferation of start-ups in the engagement management technology space, and no standardization. I think that a lot of the big dogs out there, the Googles of the world, are going to be in a position where they can start to drive standardization of those measurements’ attributes. Then everyone else will start to follow.

Deutschman: From a brand perspective, I think brands are going to start to give up on the idea that they are going to be able to create text campaigns. The idea of a text campaign and it actually being effective, people will start to realize it’s not a good use of time, and it’s essentially not a great use of energy and focus. But a mobile strategy where your experience can leverage your location and that your website can actually optimize, based on who you are and your location to give you a mobile experience that’s appropriate to you, is really where the energy happens in 2012.

The 2011 defeat of Flash will manifest itself in a lot of work for agencies developing mobile-friendly sites. Pretty much across the board, all of our clients are seeing double-digit growth in mobile traffic to their websites. And even in these tough times, brands are looking to spend to make sure that everything they’re doing digitally is mobile-friendly.

Even on a custom YouTube brand channel or a Facebook tab, brands are raising their hands saying, ‘Hey, I want to create an engaging experience for my customers, but you’re forcing me to build it in a way that it’s not mobile-friendly and my traffic is increasingly mobile. So you’ve got to fix this.’ And I think brands are working with the big publishers to make sure they can address that as well; so it’s not just on-site but of-site optimization for mobile as well.

Deutschman: No. I actually think 2012 is the Year of Google.

Deutschman: So as marketers, you start with lower-funnel activities and you work your way up. Once you’ve crossed off the list a lot of your lower-funnel activities, you start realizing the importance of driving awareness and loyalty and brand equities throughout the funnel activity. Historically the [key performance indicators] associated with that are very rarely tied to transaction at the point-of-sale unless you have online sales. If you’ve got an online store, you can close the loop. You can show through tracking all the way down to the actual transaction level and show ROI against the upper-funnel, middle-funnel and lower-funnel activity. The reason we haven’t been able to do this at a large scale is that with the exception of the big-box stores, we haven’t been able to track and close the loop in an easy and meaningful way at point-of-sale.

With Google’s continued investment in Google TV, YouTube, its display ad network, keyword buys, its tremendous reach through search and their core business, brands continue to really embrace all of their tools as a normal core function of their business. You almost have to be successful throughout the Google ecosystem to be relevant. Now enter Google Wallet, and when Google Wallet becomes a household name, this tool has the ability to close the loop. And now it’s not only about big-box but potentially small- and medium-sized businesses who accept Google Wallet. And by nature of doing that, the same way that Google has built their business in creating a very simple interface of Google Analytics that tell you about your business, they’re going to be able to tell you all about your customers, and who’s coming into your store and where they touched your brand in other places as a result of being in the Google ecosystem. That’s going to manifest itself in 2012, and I think change a lot of people’s viewpoints on where they’re spending their time and money. And it’s really a level-setter for anyone beyond the Fortune 1000.

Deutschman: I think it’s a challenge, definitely. But it’s that whole idea that the same thing that held back all the various different tools that came out in 2011 and end of 2010 to manage your social media, there’s no centralized mechanisms for standardization. I see Google Wallet as being no different than Visa or Mastercard. There’s going to be room for both. There’s going to be people that accept both. There’s going to be people that only accept one. And that’s just a normal course of business. And carriers have ulterior motives. In the case of Verizon, I don’t know if you’ve done any homework on this, but you know that they’ve just issued a letter to all of their customers letting them know that they’re going to start to monetize their data. So you have to wonder what’s Verizon looking to do?

DMN: They’re looking to develop their own mobile payment system with Isis.

Deutschman: I wouldn’t be surprised if they actually are going to be acquiring one of the up-and-comers. And then you’ve got to look at it and say, ‘What role [do] the [telecommunications companies] play in our overall consumer behavior? What role should they play? And where does monopoly start then? Where does vertical integration start next?’ It’s a new ecosystem. It’s a different model now, and the idea of an antitrust or vertical integration is very nuanced and very complex, more than ever before.

Since first launching as a Kickstarter campaign in 2012, PopSockets smartphone grips have grown to sell over 100… 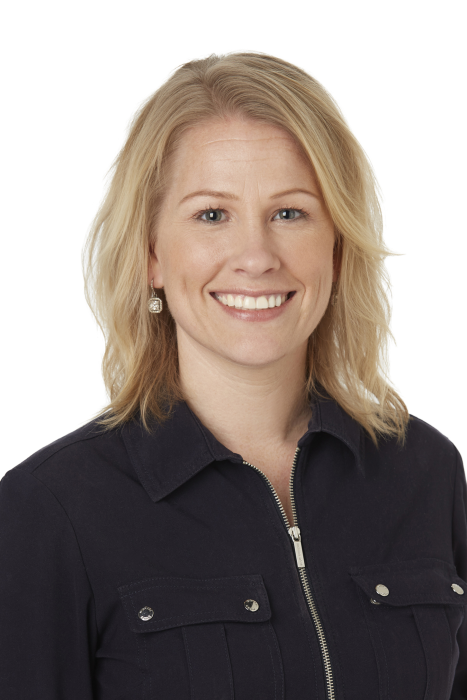 While shopping over Labor Day weekend, I decided to join some friends in Chicago on a whim. It…