Direct Marketing News (DMN): Has the rebranding initiative been more or less difficult than you thought it would be?

Clare Hart (Infogroup): It’s been easier than I thought. The biggest challenges have been orchestrating it internally and making sure the [Infogroup] people calling on clients have a more complete Infogroup story. The biggest challenges are making sure we’re clear on which sales execs are partnered with one another so that we’re speaking to the customer in one voice and that we have a support team behind each salesperson to provide him or her with a strategy around the products.

DMN: Was there any trepidation consolidating all of the brands under the Infogroup name, given the hit the brand has taken in recent years?

Hart: The cloud was over InfoUSA. The Infogroup name change came in late 2009. When people talk about the past, it’s very much an InfoUSA past. When we talk about the future, it’s an Infogroup future. Have we totally disconnected from the controversy? No. We still have a product called InfoUSA, but the company is Infogroup. The history and the challenges with the founder and CEO and some of the turmoil was under the InfoUSA brand. Some of the other brands did shield themselves from it because they could work under a different company name. But now that everything is under the Infogroup bucket, it’s a much more forward-looking brand.

DMN: How much has the CCMP Capital Advisors acquisition affected Infogroup?

Hart: We can now work with our clients and focus 100% on serving our clients, instead of focusing on selling the company or [economic] changes in the marketplace. Being a private company, we have more freedom to invest in technology and services with a little bit more of a runway. [Before the acquisition] quarterly reports forced us to say how we were doing from a financial perspective. We have to tell CCMP how we’re doing, of course, but they are investing in Infogroup as a platform for the future. That’s one of the big differences. Quarterly reporting in a privately held world is different than quarterly reporting in a publicly held world.

DMN: You mentioned the freedom to invest. Where are those investments being allocated?

Hart: They are going to enhance our data. We have 500 people in Nebraska analyzing, aggregating and enhancing data. But the volume of data is growing and we haven’t added people. We’ve been able to enhance data-gathering through technology, Web crawling, crowd sourcing and other technology that enrich our data assets. Data is the nucleus of the company. The other areas are in data processing and analytics to enable better targeting. The third area is on the digital side: email acquisition, retention and campaign management software.

DMN: Yesmail is an important product for Infogroup. Can email stand on its own? Do prospects still come to Infogroup seeking only Yesmail services?

Hart: Email can’t stand on its own. If you’re just an email service provider (ESP), there are huge parts of the business that are missing. Email requires data, analytics, modeling and targeting, distribution, campaign management, and the ability to take the data that comes out of campaigns and roll it out into other campaigns. If you’re just an ESP, there are limitations. That ties into what we’ve done at Infogroup. Nobody sees themselves as a silo just serving email to clients; they see the opportunity to broaden the offering under the Infogroup brand.

Hart: We’ve made some transitions. We have a marketing strategy and creative group within the company whose origins are with Yesmail. The group provides strategy around email and creative email. There are a lot of unique requirements putting a marketing email together, but it’s quickly blossoming into looking at social and mobile requirements. You have to have it.

That being said, Infogroup has no interest in being an agency. We provide enhanced strategy and creative, but we will never be an AOR. There’s no interest in that for us.

Hart: It’s a skill set that we’d have to consciously decide to invest in going full-force. I also think it’s a bit of a crowded marketplace. Also, we partner with agencies and we don’t want to compete with them.

DMN: What should we expect from Infogroup moving forward?

Hart: In September, we’ll be launching a self-service application. Marketers are much more Web-savvy, but today using our InfoUSA product often requires somebody to get on a phone with a consultant to help them do the modeling so they get the right target list. In the future, our self-service application will let you do it all online on your own. 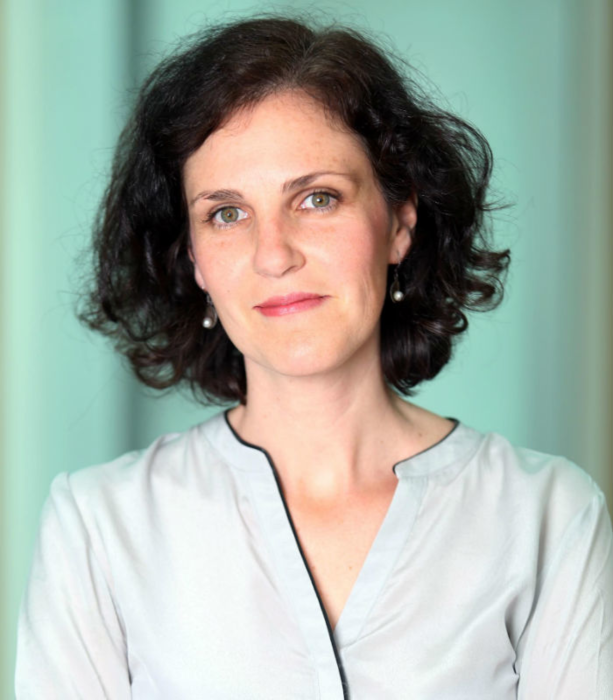 Educated as an engineer, GrubHub CMO Barbara Martin Coppola discovered her passion for marketing right as she launched…

What’s Missing From Your Marketing Data?

Partner Content by: FocusVision  I’ve worked in the market research industry for the better part of 15 years.…

In the past, marketing could be fairly characterized as the art of persuasion or as a management process.…