The CMO of AAA’s second-largest club, Northern California Nevada and Utah (AAA NCNU), has undertaken a rebranding of the 4.2-million member division that is expected to roll out early next year. CMO Alexandra Morehouse is a veteran of membership-driven organizations having spent more than a decade with American Express, as well as a stint at Charles Schwab before joining AAA nearly nine years ago. She speaks with Direct Marketing News’ senior editor Rose Gordon about how the company plans to use competitive marketing analysis, behavior triggered marketing and a data system overhaul to drive its marketing forward.

Direct Marketing News (DMN): You are the head of marketing for the second largest AAA division in the country. Where are you concentrating your marketing efforts for the next 12 months?

Alexandra Morehouse (AAA NCNU): I think our focus right now is getting our data cleaned up and enhanced and moving more toward trigger-based marketing. So when someone gets married, has a baby, buys a car, we can reach out to them. We’re also capturing preferences, if they prefer to talk to an agent, etc.

DMN: Did you find that during the recession, you focused more on customer retention than acquisition or was that not the case?

Morehouse: On acquisition we’re much more focused on profitable acquisition. When the economy was different, we thought, ‘Oh the more [members] the merrier,’ but now we have to be a lot more efficient with our acquisition dollars. We went from growing at a pretty good clip to growing at a modest clip. We want to grow people that will be loyal, good customers.

We’re a relationship company. If you just want a cheap price, we’re not the right fit. We don’t want the bargain hunters. We want the people that want a long-term relationship with us, and we want to reward those folks.

DMN: What types of customer acquisition or loyalty tactics are working for your team?

Morehouse: People have gotten pretty jaded on the ideas of points and that actually doesn’t work well. What works better for us is loyalty recognition for tenure, such as printing a medallion on their card at the 5-year, the 10-year, the 15-year. It doesn’t cost us anything but it makes people really proud. The other thing that is important to them and that doesn’t cost us a lot is insider information for example from news in Washington, such as new HOV lanes or information on whether “Joe’s auto garage” is a good place to get your car fixed. We find that intrinsic rewards seem to be as valuable compared to extrinsic. For example, a simple “Thank you for being a member for 10 years,” during a phone call goes far.

DMN: In September, your AAA division hired Epsilon for a variety of direct marketing services including print production, e-mail and analytics. Are those plans already underway? What type of creative can we expect to see soon?

Morehouse: The e-mail platform is almost up; We also undertook a major rebranding. The last year we did this was with Landor in 2005. Now we’re working with our in-house agency, our branding agency HawkPartners in Cambridge and Epsilon.

The rebrand will be completed in Q4 and go live Q1 or Q2 next year. With so many competitors drowning the marketplace with prices, we’re looking to differentiate our branding. It’s a race to the bottom, so we said, ‘Hang on, we need to come up with something different.” We’re owned by members. We’re looking for ways to pay your claim, not deny it. It’s a very different business model and we need to communicate that.

DMN: Epsilon is also conducting competitive research and tracking to evaluate direct mail and e-mail initiatives across the industry and purchasing data lists. How will you use this competitive analysis in your marketing planning, and what is your list strategy?

Morehouse: We sell insurance, travel and memberships. Our two core data platforms, we’re replacing both of those. We have to redo our customer data mart.

We use competitive research very intensively. It’s an external and internal SWOT. That’s a really critical part of what we do. We also use research on an ongoing basis to find out what share of business is going to competitors by conducting surveys. That’s very valuable to us because it gives us complete information as to what’s driving people to shop.

There are many people shopping in down economies, but not buying. We need to do a lot of competitive analysis also on our customers, so we have a very good sense of where we’re getting new customers, when people leave us and where they’re going.

DMN: Was it a competitive RFP? What attributes did Epsilon bring to the table that ultimately convinced you they were the right agency?

Morehouse: I think deep knowledge of data and also they’re owned by a data company so they have data elements that are not available in other places. As marketing is less about media buys and more and more about the use of data, it becomes important that the agency does data well.

DMN: What data points are you regularly paying attention to as CMO?

Morehouse: Competitive pricing but that’s a tricky one because it’s regulated. It’s typically ZIP code by ZIP code. We do a lot more precision marketing because we’re just wasting our energy in an area where we can’t compete within the price.

DMN: What campaign metrics do you pay attention to?

Morehouse: We use the BAV [Brand Asset Valuator]. We want to be able to move the needle on differentiation and value. What we’re very carefully watching are the ‘awareness and consideration’ sectors. We were able to move it six points this year, with less budget.

DMN: What do you attribute that success to?

Morehouse: It was complete continuity. That was more of an organization challenge so that — in retail, the call centers, what was in media, e-mail, the website — the message was the same no matter where you went. We also focused on very particular media buys. 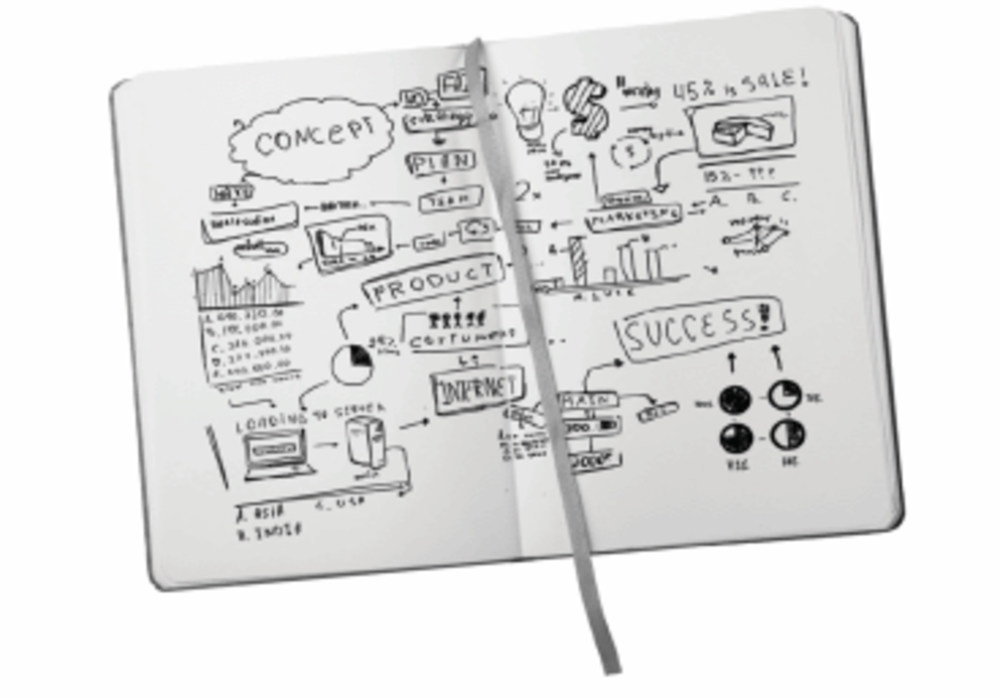 Multichannel marketing should be more than marketing using multiple channels at the same time. It should be a… 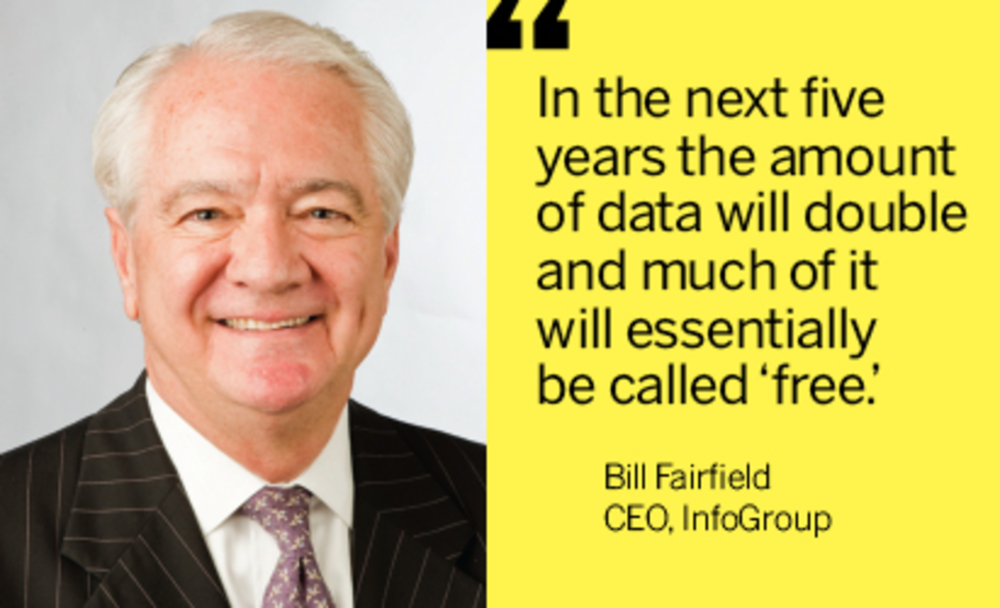 InfoGroup’s Fairfield talks about trends in the data, research and marketing services industry Q: What’s the significance of… 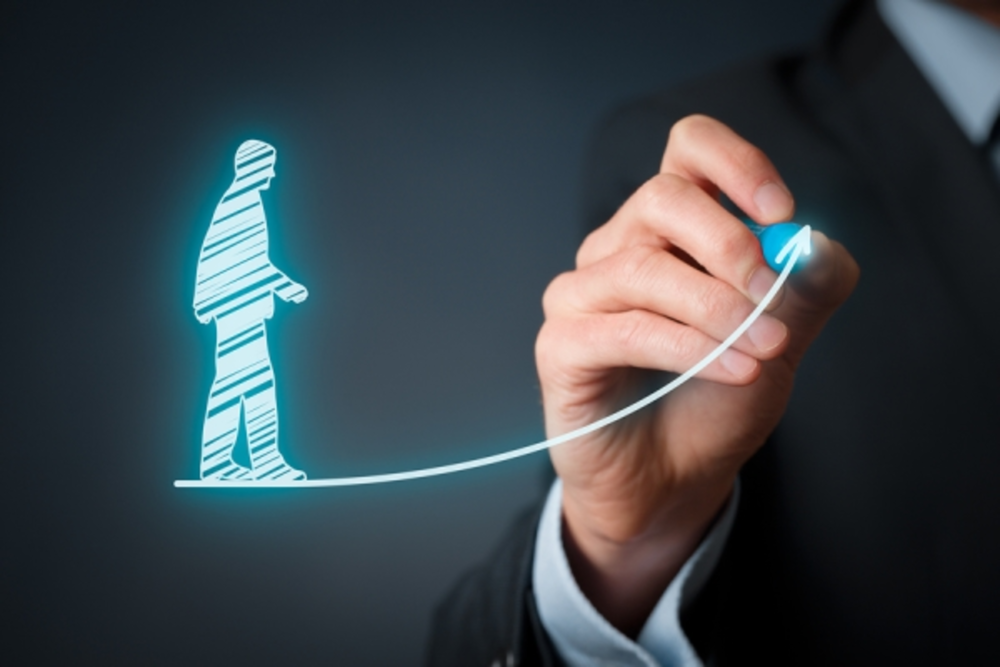 Rising Stars Dish on What’s New and Next in Marketing

Consumers are inundated with information and options. Their inboxes are full, their phones and watches are too smart…