Profiles Are Paying Off for SmarterKids

Educational toy merchant SmarterKids.com is reporting that parents who register profiles of their children at its site have a 150 percent higher lifetime value than its other customers, and has shifted its marketing tactics as a result.

“It's building the relationship, adding value, and then you have a way to defray these high customer acquisition costs you hear so much about in Web land,” said Noyes, adding that SmarterKids' average cost per customer is $50.

For comparison — depending on the offering — many offline consumer products catalogers consider $15 an acceptable customer acquisition figure. However, many business-to-business firms spend thousands of dollars per customer and $50 per customer would be well within, say, a book club's acceptable acquisition costs.

“Because we are direct marketers at heart, we were quite skeptical of the mass-market TV ads last year, so we tested in six or seven spot markets,” said Noyes. “Thank God we tested it because clearly it doesn't work.”

And in the young dot-com market where it's still difficult to get a true gauge of customer lifetime value, it's important to pay close attention to the variables that are manageable, such as margins, purchase frequency and average order sizes. Hence, the increased attention on profiling at SmarterKids.

Once at the site, parents are asked for their child's school grade, learning style (musical, visual or mathematical, for example) and educational goal. SmarterKids then uses that information to recommend products.

“The whole store is designed to be kid-centric, rather than product-centric,” said Noyes.

“If you've got a first-grader whose priority is math and who learns musically, you can key that in at SmarterKids.com,” said Noyes. “In that case we'll find you Math Rap, which is an addition and subtraction cassette tape.”

For parents who don't know what their child's primary learning style is, SmarterKids offers a 25-question survey.

Though nearly 30 percent of the company's 220,000 customers — defined as having purchased within the past 12 months — have registered personal profiles, company research determined the reason the figure wasn't higher was many site visitors didn't know about the profiling option.

“Customers who were profiling loved it, those who weren't didn't know about it,” said Noyes.

As a result, SmarterKids redesigned its home page to focus less on product offers and more on the site's educational resources.

“That's only been up a few weeks and already we've seen a 25 [percent] to 30 percent increase in the number of people signing up,” said Noyes. Where 30 percent of the site's visitors filled out profiles before the redesign, up to 40 percent do so now.

“That's only two or three weeks of data, so it's not as stable as we want it to be, but clearly we're moving in the right direction.”

Also, page views at the My Kid's Store personalization section have increased 64 percent since the redesign.

The company has also begun paying less attention to so-called bottom fishers. “Those people get their kicks out of bargains and you don't really want them,” said Noyes.

The company is forecast to be profitable toward the end of 2001.

“We've got a light at the end of the tunnel with this profiling mechanism because these people are worth 150 percent more than a standard e-commerce customer. They're much more loyal, they've got reason to come back and shop at SmarterKids and reason to answer our e-mails because they're relevant. With a typical online catalog, one is as good as the other.” 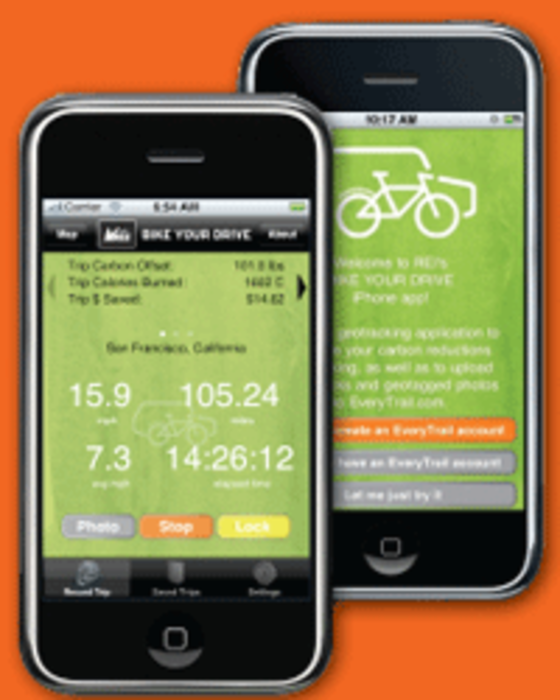 Just in time for the summer bicycle-riding season, outdoor retailer REI has launched a new iPhone app that…