Not surprisingly, the postage increase that took effect mid-May and its consequences were the big topic at this year’s Annual Conference for Catalog and Multichannel Merchants, which took place last week in Boston.

When it was announced in February that the increase would be as much as 40 percent for some catalog mailers, the industry was caught off guard because it had expected a much smaller increase. As a result, businesses big and small were at the conference looking for strategies to help them reduce costs. However, they were also trying to figure out if there’s something more they should be doing to ensure that they aren’t surprised like that again.

“Everybody is freaking out about the postage increase,” said Phil Donahue, vice president of strategic accounts and development at Catalogs by Lorel, King of Prussia, PA.

This thought was echoed repeatedly by merchants and vendors. The big surprise at the show, however, was that circulation rates appear not to be declining significantly in response to the postage increase.

“We’ve been through this before,” Mr. Donahue said. “Everybody knows by now that if you decrease circulation this year you’re just going to increase it again next year.”

Brian Fiderlein, product manager at CMS Direct, Minneapolis, MN, said catalogers realize that at some point they can’t reduce circulation without hurting their business, and that’s the point where many are at right now.

“With the postal and paper cost increases that we’ve had over the past couple of years, circulations have already gotten so lean that the usual knee-jerk reaction of cutting circulation really isn’t an option this time,” he said.

An informal survey of merchants and vendors at the show seemed to indicate this was correct, with many large catalogers planning to stay the course or even increase their circulation going into the fourth quarter and next year. The exception was some of the smaller catalogers, who are cutting their prospecting efforts.

“Catalogers are dealing with cost challenges comprehensively,” said Rick Erwin, senior vice president and general manager for Experian’s Marketing Information Services, Schaumburg, IL. “Many of our clients are asking us to help them mail smarter.”

Mr. Erwin said a vast majority of his firm’s clients have engaged it to audit their mailing programs and optimize their lists going forward in anticipation of new rules from the U.S. Post Office that will go into effect in August regarding list hygiene.

“Catalogers are reviewing their entire process and focusing on every area of business to look for ways to reduce costs, including list hygiene, prepress, manufacturing capability through to distribution,” said Bruce Jensen, vice president, U.S. sales, Transcontinental Printing, Montreal, Canada.

Transcontinental was showcasing its recently launched Virtual Edge press side proofing technology at the show, which enables catalogers to approve color proofs remotely. Using a combination of highly calibrated monitors and specialized software, publishers can view and manage color proofs online and the final output will mirror what they approve, improving workflow automation and reducing costs, Mr. Jensen said.

Representatives from The Tribune Publishing Company were walking around the show to talk about Direct Delivery +, a program it launch late last year that offers catalogers an alternative, less-expensive method from the Post Office for delivering their catalogs.

“We have this amazing delivery force that is delivering newspapers seven days a week when the post office is only delivering six days a week,” said Kristin Sullivan-Stoesser, target marketing manager at The Chicago Tribune.

Alternative modeling methods was another popular topic at the show as catalogers look to improve their prospecting efforts.

She also said the company is having some success with reactivating relapsed customers. The Williams-Sonoma catalog, for example, has a large relapsed file and the company has discovered that the lifetime value on these customers is much stronger than expected.

However, realizing the importance of business efficiency wasn’t the only reaction prompted by last week’s postage increase. A lot of people at the show were also wondering if there was something more that could have been done to prevent the hike from being so steep.

“The catalog industry needs to look in the mirror” when it comes to how the recent postage increase came about, said Mike Muoio, president/CEO of Lillian Vernon, Virginia Beach, VA.

He was referring to the fact that the catalog industry did not take a more active role in its own representation during the proceedings that lead up to the rate increase.

Mr. Muoio and a group of other catalogers and industry-related firms have recently come together to form the American Catalog Mailers Association, which held its inaugural meeting on the first day of the show last week. The group, which has hired a law firm and lobbying firm in Washington, seeks to represent the interests of the catalog industry with regard to legislative issues of concern to it.

However, the Direct Marketing Association’s president/CEO John A. Greco Jr. has repeatedly expressed his concern that the actions of a splinter group could have a negative impact on the DMA’s own efforts in Washington on behalf of the direct marketing industry as whole, including catalogers.

It was this perceived adversarial relationship between the two groups that also received a lot of air time in Boston.

“It’s not a cat fight at all,” Mr. Muoio said, insisting that the ACMA is not looking to promote any tension between the two groups.

Many attendees, most of whom spoke off the record, also expressed surprise at what appeared to be a smaller show this year. However, this could have been the result of the fact that the show floor only took up half of the exhibition space it had been given and attendees had to get to the floor by descending an escalator into the empty space.

According to the DMA, it was expecting more than 400 booths featuring approximately 300 companies. At last year’s show in Chicago, the DMA reported that there were 420 booths.

Attendees also reported having a lot of off-site meetings in downtown Boston, which was approximately a $10 cab ride away. As a result, many weren’t returning to the conference center after their meetings.

Still, quite a few exhibitors reported that they were pleased with the amount of traffic stopping by their booths.

“The traffic is up [compared to previous years],” Mr. Donahue said.

Mr. Jensen echoed this sentiment, adding that Transcontinental has already signed up for next year’s conference at the Gaylord Palms in Orlando, FL.

“I’m excited about the Gaylord Palms – the location keeps everybody contained,” he said. 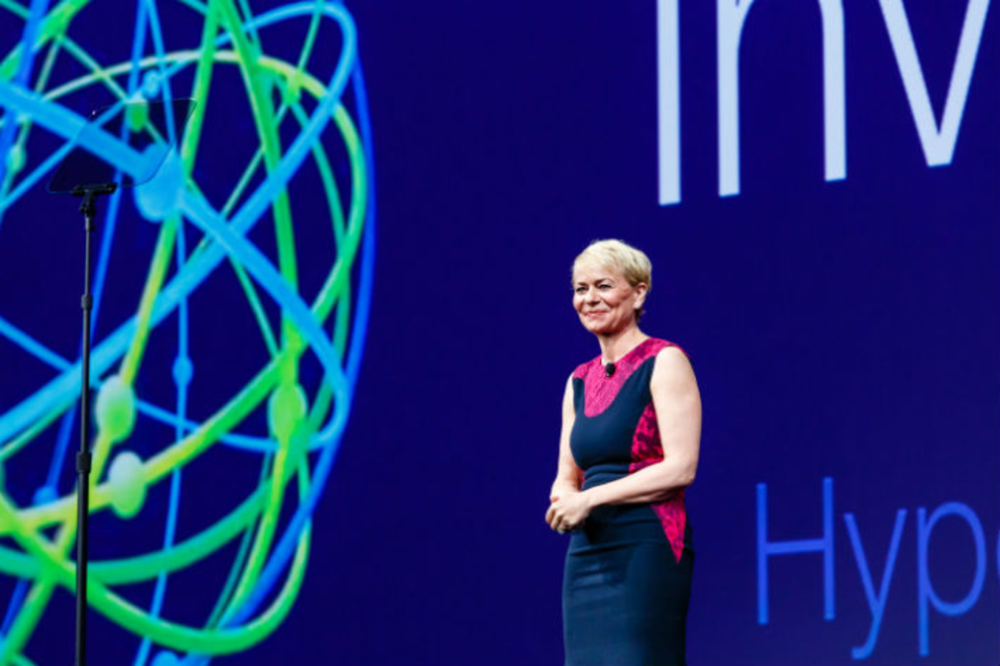 With the breadth of marketing automation tools available, this is the dawn of a golden age of marketing,…

OFF THE COAST OF THE HAMPTONS, NY — Don't underestimate Kaira Sturdivant Rouda. Behind the dazzling smile, sparkling…