Passion is the Heart of Marketing

Stohrer took a rare break from revving up Canary’s marketing to discuss how the security–system startup plans to connect with consumers on an emotional level — in the intimacy of their secure (and frequently entertaining) homes.

In as few words as possible? Connecting brands and people on an emotional level.

OK, I’ll give you a few more words.

Making those connections is easier said than done, given how people interact with brands today. If you go back 10 years, companies could use mass media to define and cascade a brand. Today, consumers are engaging with brands across so many different interaction points that it’s imperative to place a brand premium on every channel.

You need to have a strong sense of who you are and then ensure that you’re true to your identity in all of your consumer interactions.

When did you realize that you enjoy making such connections?

It goes all the way back to Syracuse University, where my passion was studying television, radio, and film production. I helped create the Syracuse University Scream Team, which was designed to give students a cathartic release during finals week.

We asked students to open their windows and scream from 10 p.m. to 10:15 p.m. each night. We started small, as you should, with the two dorm rooms that were adjacent to ours. Sure enough, everybody did as our flier asked. Many students took it a bit further; some hung amps out their windows to broadcast their screams. We got this great reaction of people doing something in unison — that’s when I knew I wanted to be in an occupation that would yield an emotional response among a large group of people. It was a real defining moment for me.

It sounds like an early demonstration of viral marketing.

Yes, and it worked a bit too well. As our PR point person, I was responsible for calling all the news outlets in Syracuse. Toward the end of that first finals week, I was on television talking about this nightly event.

One night, when the scream went off campus-wide, there were dozens of 911 calls. A couple of days later I was in the dean’s office explaining myself and arguing that our intentions were pure and that we had no idea we would get that kind of reaction. The scream team returned the next semester, even though resident assistants were removing our flyers.

The effort died the following semester because we were under way too much pressure from the university. I was put on probation and told that if I committed one more misstep, I’d be out of the university.

Did you make it through school sans any other disciplinary issues?

Yes, but it wasn’t easy.

What’s important to understand about Canary from a marketing perspective?

We’re a smarthome security company. At the most fundamental level, we connect our users, via video, to their home 24/7. We integrate security features right into the app so users can respond rapidly to emergency issues.

There’s also a real lifestyle facet to the product that allows users to catch great life moments that they would have otherwise missed — such as pets being mischievous and toddlers taking their first steps. In that respect we’re a content engine. Security systems traditionally have been very utilitarian, cumbersome, and expensive. Canary was designed to be much more than just a utility. It’s integral to people’s everyday lives and is changing behavior at scale.

What does your marketing function look like right now?

From an organizational standpoint, we currently have 100 people working at the company. Our product launched in retail outlets in March 2015 and we’re now in 7,000 locations across Canada, the U.K., and the U.S., including Amazon, Apple stores, Best Buy, and more.

In some respects, the business is growing at such a nice pace that we’ve got to quickly move from startup to grown-up and build out next-generation marketing platforms and programs. Today our marketing team boasts eight people.

We have outstanding channel experts in key areas such as digital marketing, retail marketing, PR, and social. A big part of my job is bringing the team together under a single plan and a charter, and focusing them on this next phase of growth.

What is the primary marketing challenge at Canary right now?

We’ve got an interesting challenge because we have consumers of all ages coming to the product. Our early adopters cut across different core audience segments. We have younger, tech-adept consumers who really understand the technical facets of the product. We’ve got an older segment of users who are looking for a better security solution. In the middle we have a Gen-X audience that’s really interested in protecting — and staying connected to — their family.

As we move forward, we’re focused on identifying our most valuable, addressable, and influential audience, and increasing our efforts there without at all neglecting those other segments. In other words, defining where and to whom we put our marketing energy to deliver the most value.

Have you conducted similar types of segmentation work in your

Yes, at the National Football League, where I was integral to a segmentation exercise that influences me to this day, and shaped many of the league’s programs.

I started off as a copywriter, supporting the retail licensing business. I wound up leading a team of 40 people that was responsible for all the imaging and promotion of the NFL,
including its advertising campaigns, team identity, and uniform design efforts, and marketing around key events like the Super Bowl.

At the time, the league had been around for 75 years, but the sports and entertainment landscape was changing dramatically. Video games were becoming a much more integral part of young people’s lives, the NBA was moving aggressively into the entertainment space, and the XFL was trying to launch as a startup football league.

We conducted a deep segmentation exercise of our 165 million fans back then, placing them on a continuum from casual to avid. We also conducted a brand-positioning assessment in conjunction with the segmentation.

What did the exercise show you?

It ultimately led us to refocus on the essence of human competition. That idea became an important instrument for how we interacted with all of our partners, whether that was in helping sponsors activate their partnership, bringing our television network partners together, launching NFL.com, or other areas. It influenced everything down to uniform design.

When we brought a new team into the league, it really became about creating an identity that fans would rally around. We would often preach that it’s not the logo that gives the team its identity — it’s the team that gives the logo its identity, and above all, any new identity should fit into the rich fabric and tradition of the league. That exercise became a powerful marketing force in how we conducted our business every day. And it became a practice that I brought to subsequent jobs.

Unless you’ve been hiding under the bedcovers, a recession is looming or already here, with most economists pointing… 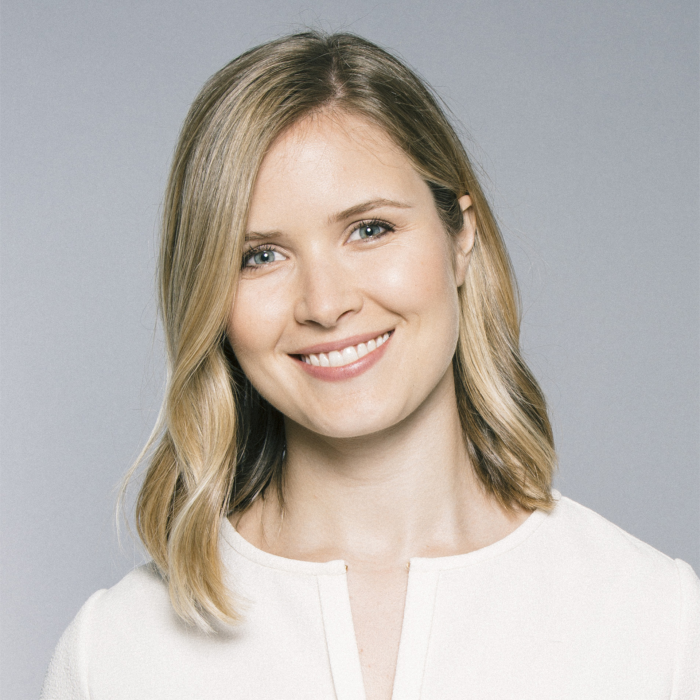 From AOL’s mass-mailed diskettes and CD-ROMs to JetBlue’s customer-retention efforts, most well-known US and international corporations have used…