Outlook 2005: Marketing Opportunities Grow Along With Broadband Use

High-speed broadband Internet use is on the rise, and it will bring dramatic changes in how consumers interact with media. This will create new opportunities for marketers, and agencies that have focused on understanding the interactive space and creating rich interactive experiences will thrive.

What is broadband and how does it differ from narrowband Internet access?

The Federal Communications Commission defines broadband as those transmission speeds exceeding 200kps both upstream and downstream. This is about four times faster than the standard dialup modem.

Are advertisers aware of broadband?

Yes, advertisers are very much aware of broadband. In fact, some have raised concerns that a lack of compelling online content, particularly in the entertainment area, may dampen consumer enthusiasm. Last year’s Forrester Research survey of 95 U.S. marketers shows that two-thirds of these respondents would move dollars online if the broadband audience was larger.

What percentage of the U.S. population is using broadband? How many people are accessing the Internet this way? Who are these people?

Studies vary, but the general consensus seems to be that broadband is now being used by close to 20 percent of all U.S. households. According to the 2002 Pew Internet & American Life Project survey, adoption of broadband is on par with other technologies such as the personal computer and compact disc player, but faster than color televisions and VCRs. Broadband users tend to be early technology adopters: wealthy, educated and male.

Is broadband changing consumer behavior? Won’t the technology increase the cost of Internet access to consumers? What’s the average cost of broadband access to a home?

Broadband has been recognized as causing media fragmentation. The Pew survey notes that the extra time spent online because of broadband comes at the expense of traditional media, shopping in stores, working at the office, even commuting in traffic. Another obvious change is the frequency with which these users go online. Pick any Internet activity, and a broadband user is more likely to do it than a dialup user.

It also may create two classes of consumers – one who can afford more expensive high-speed access and others who stick with the slower dialup?

These classes already exist. However, over time, it’s fair to assume that connectivity will become commoditized and costs will go down, blurring these distinctions.

Consumer demand is definitely driving Internet service providers, cable companies, telecommunications companies and satellite carriers to offer broadband. As the digital home becomes reality, those companies that offer the best bundled and/or networked solutions will benefit the most.

Broadband connections are changing people’s lifestyles. For broadband users, the Internet has become the “go-to” tool for a variety of functions, like paying bills, listening to music or getting news, and is replacing the telephone, TV, stereo, newspaper and pen for these uses. All media is suffering from multitasking, particularly among young people. Forrester Research reports that nine out of 10 consumers ages 18 to 34 are doing something else while watching TV.

Will broadband spur more e-commerce? More usage of e-mail and other online communications?

The Pew Internet survey shows that broadband users are significantly more likely to conduct transactions online than dialup users, sometimes by as much as 7 to 1 when it comes to buying a product.

What about response rates – will it drive those up?

Yes. In an always-on, high-speed environment, you are more likely to engage with advertisers because you have the download speed to do it. You don’t have to wait.

Consumers already have T1 lines at work. That’s broadband. Will extending that speed to home access change consumer attitudes to the Internet?

You bet. For broadband users, the Internet is already the killer application. As broadband capabilities expand, this affinity for the Internet will just get stronger.

So, are advertising agencies equipped to deliver broadband-based campaigns on behalf of clients?

It depends. Those agencies that understand the interactive space, are skilled at creating compelling rich interactive content and who know how to use the targeted capabilities of the Net will thrive.

Do any broadband campaigns of last year stand out?

As broadband penetration has increased, more and more marketers and their agencies are creating rich and engaging solutions for the Net. For example, this past year we saw work for AOL for Broadband, DaimlerChrysler, American Express, Citibank and Burger King, to name a few.

Which industry categories stand to benefit most from broadband’s penetration?

It’s less about specific categories and more about those areas where people use the channel to make informed purchase decisions for products with high consideration – for example, healthcare, travel, automotive, telecommunications, financial services. These transactions don’t necessarily happen online; however, the influential role of the Web in them is critical.

Will broadband upend any economic models? Can agencies now charge television rates for broadband since the experience delivered is almost identical? Will it increase production costs?

Certainly from a production point of view, agencies are already charging comparable rates since the process involved for producing content for broadband – like online films, games or other interactive applications – is the same.

Will broadband increase the cost of online campaigns for marketers?

As the adoption rate for broadband goes up, marketers will likely be willing to increase their investment in online marketing.

What effect will broadband have on news publishers’ sites?

What would you recommend media do to gain more money from broadband campaigns?

It’s not what media should do. Rather, marketers should be looking to allocate dollars in those media that best reach their consumers. Clearly, online has a place with an increasing number of marketers.

What trends do you see in broadband in 2005?

First, I see more creativity applied to content. Next, a wider and more diverse base of marketers will use broadband to help advertise their products and services. Finally, further media fragmentation and multitasking. It’s all becoming one.

And what would you advise marketers? What risk do they run if they don’t adopt broadband?

If broadband is likened to TV, why not stick to the original thing?

This is not about either/or. It’s about and. There’s a place for both. And increasingly, it will be about the synergy between the two mediums. 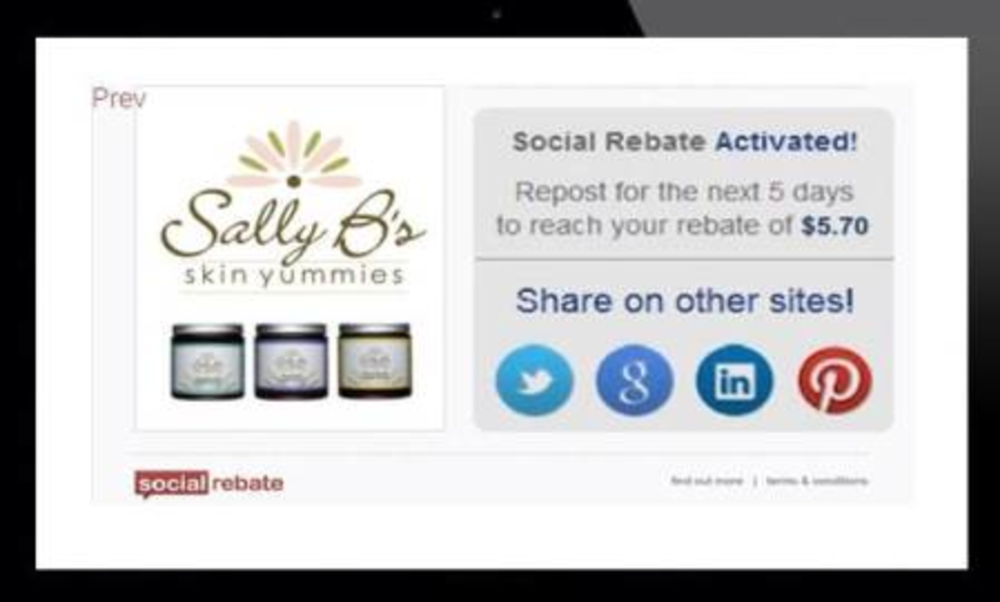 Here’s a new twist on the rebate concept, instead of just rewarding your customer with a cash payback,…