Subaru of America Inc. will join a select pack of automakers like Volkswagen and Land Rover this spring by allowing consumers to configure and order its new Subaru Baja online.

A crossover between a car and a truck, the Subaru Baja is the automaker's first stab at online ordering. Orders for the vehicle at www.subarubaja.com will be taken starting in mid-May or mid-June, a few months ahead of its September showroom debut.

“We want to give ourselves probably a good 60 to 90 days' worth of ordering before the car gets to the dealerships,” said Sam Ingram, interactive marketing manager at Subaru, Cherry Hill, NJ.

Orders, with specifications, placed on subarubaja.com will be directed to the nearest Subaru dealer, which will handle payment and delivery.

“They'll get that lead and process it,” he said. “So it's not one of the pie-in-the-sky, build-to-order kind of things where you just click and the car will show up at the front door.

“But this is kind of the next best thing. You'll actually be able to place the order and get the car you wanted in advance and have the dealer all prepped and prepared when you walk through the door.”

The sticker price is not public, though the Baja is expected to fall between the $18,000 Impreza and the $31,000 L.L. Bean Outback models.

Subarubaja.com will give Subaru an inkling of the demand the Baja likely will generate. Here, consumers can request brochures, check out the car's features and, most important, order by being put on a waiting list.

The automaker is working on the positioning for the car, whose switchback system converts passenger space to cargo space.

“Online is primarily meant to overcome what we don't understand about this market,” Ingram said. “Obviously, this is more like a truck in that it has a bed. But it's a car platform, and it's not something we have a lot of experience in. You can look out there at other things that are in the market, like the Chevy Avalanche, the Nissan Frontier, you can see things that have the switch capability, but nothing on a car platform.”

Players are fed a question. But answers will not be known until a hint is clicked. The consumer is then taken to a Subaru outdoor lifestyle partner's site.

Prizes for correct answers include L.L. Bean gear and packages related to the sports and categories. Created by Subaru's online agency, DVC Worldwide, Morristown, NJ, and managed by PST, based in Danbury, CT, the game is changed every two weeks.

“What the site will do for us, interestingly enough, is it's giving us as much information as we're giving out because we'll be able to see what categories prospects are choosing,” Ingram said. “And that will give us an indication as to how people intend to use the car as well as they'll be able to select the color, and we'll be able to build our production around the demand.”

Since this feature went up on the site last month, about 2,000 consumers have asked for Subaru dealers to contact them. This was done without prior marketing.

In mid-February, Subaru will drop 500,000 e-mails to active-outdoor enthusiasts. Prospects were pulled from lists managed by YesMail, TargitMail, Postmaster Direct and eDirect.

Created by Providence, RI-based BZ Productions Inc., the e-mail will contain a 360-degree, ready-to-roll, external and internal view of the Baja.

The overall call to action is to drive consumers to subarubaja.com.

“I'll probably do the bigger drops once a quarter,” Ingram said, “but as we get people engaged in the game, it'll get away from the prospecting and be more targeted towards the people who've opted into the site.”

Razorfish Sold to SBI for $8.2 Million 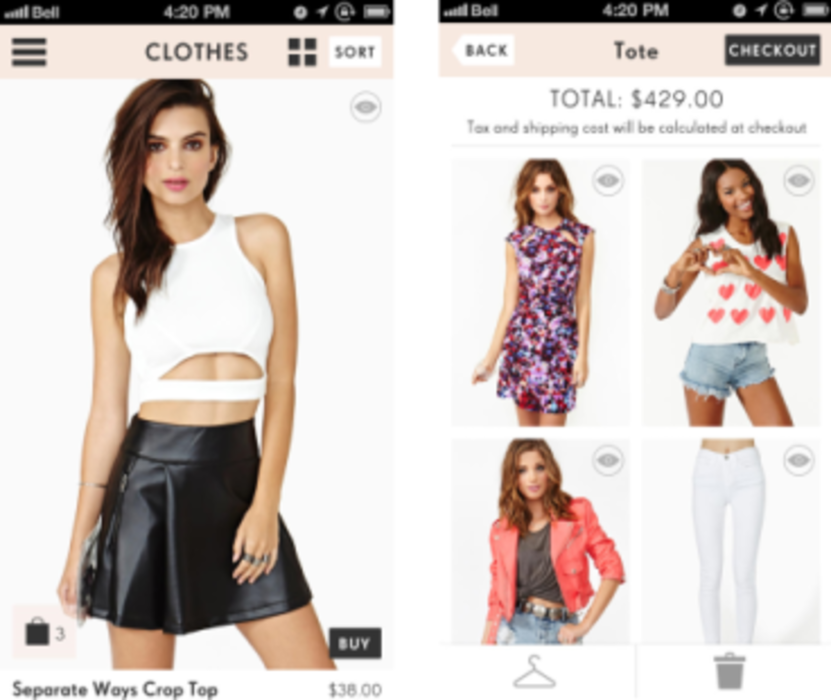 What can you accomplish in 2.99 seconds? Not very much. The average person blinks only once every five…

Yahoo has bought video-ad service Brightroll for $640 million yesterday. “Video, along with mobile, social, and native, is driving…