Online Exclusive: For Targeting Customers and Keeping Them Loyal, It’s All About Relevance

Much debate has gone into analyzing which type of loyalty instrument is most effective in helping businesses dynamically interact with customers to build and maintain more profitable relationships. In the end, the debate that focuses on smart cards versus magnetic stripe cards is irrelevant and “much ado about nothing.”

The type of card that consumers carry in their wallet will not help an organization’s loyalty program succeed. The relevance of the reward and the method of program delivery will.

Though industry pundits closely followed the progress of retail giant Target and its foray into the smart card loyalty market, many failed to realize that it was not the smart card technology that failed. With a reported investment of $50 million in infrastructure, Target attracted a purported 9 million customers to sign up for its loyalty-enabled card, proving that the interest and opportunity in loyalty benefits existed.

The problem with the program was that consumers ignored the high-tech smart card loyalty features because the perks and benefits were not delivered in a relevant manner. Target’s program required consumers to go to a specific kiosk to access the loyalty coupons and then redeem them at the point of sale.

Smart cards, first introduced in the mid-1980s in Europe, store data directly on the card via a microchip. Smart card adoption has been high in Europe, driven by challenging credit card verification capabilities in a telecom infrastructure that is less robust than that of North America. The smart card has helped reduce fraud at considerable cost savings for card issuers.

In North America, the robust telecom infrastructure allows real-time verification of magnetic stripe cards for banking and loyalty reward programs without the need for additional infrastructure.

Most smart card loyalty programs try to offset higher card costs with reduced telecommunication costs by storing loyalty data on the card and enabling program rules at the point of sale (rather than at a centralized host). These speed and efficiency gains are offset by two factors:

· The desire of many loyalty operators to centrally analyze data, necessitating its periodic collection.

· The challenges in updating program rules at each point of sale when changes need to be made.

Today, most retailers in North America already have the magnetic stripe technology and telecom infrastructure to cost-effectively enable host-based, real-time loyalty programs. These programs let businesses update program rules once, in a central location, without the extra effort of “touching” all their individual points of sale. Because more information can be stored in these types of real-time databases, organizations automatically have the ability to take advantage of the added depth and richness of customer information.

The popularity of customer loyalty programs is at an all-time high. According to an analyst report by industry research firm Gartner Inc., more than 60 million Americans belong to at least one of more than 200 U.S.-based loyalty programs, making these programs so widespread that customers increasingly have come to expect them.

For organizations that increasingly look to loyalty programs as a way to recognize and retain their best customers, the benefits are clear. It is widely accepted that 20 percent of customers produce 80 percent of profits, and some industry analysts even claim that more than 100 percent of profits are driven by the top customer segments. Think this isn’t important to your business? Think again, as the bottom segments of a business’ customers actually can contribute negatively to profits. Real-time loyalty programs can help an organization identify its best customers, reward them for their patronage and weed out the rest.

The benefits don’t stop there. By pushing the rewards redemption processes to the front line in real time, an organization can reduce or eliminate resources spent on reward call centers and fulfillment warehouses, while customers can avoid long delivery times typically associated with reward fulfillment. Real-time loyalty makes sense, especially because instant gratification strikes at the core of making a program relevant to a consumer, not to mention successful to the bottom line.

The loyalty instrument is irrelevant. Magnetic stripe cards, smart cards, fingerprint devices or retinal scans are simply the identifier for a host-based loyalty solution. There is good reason to believe that smart card technology may yet emerge as the technology of choice to reduce credit card fraud in North America.

However, an effective customer loyalty program is not about the type of card but rather the benefits associated with it. Businesses wishing to adopt a rewards program should consider a solution that is real time in nature, which allows customers to be rewarded and/or recognized right at the point of sale. Most importantly, businesses should focus specifically on the relevance of their rewards.

Ultimately, acknowledging consumer preferences and delivering rewards in real time for their patronage is what will make your loyalty program successful — not to mention smart. 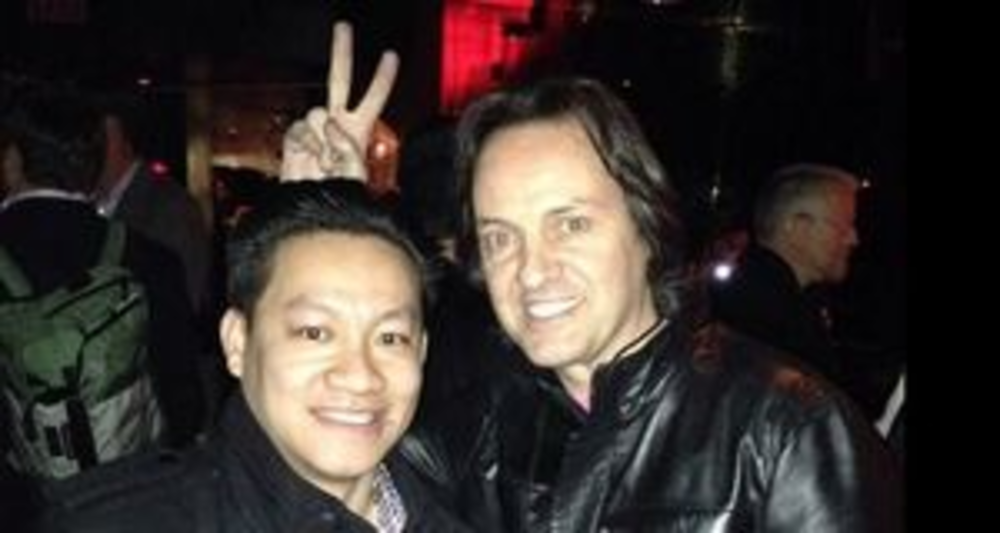 T-Mobile CEO crashes and gets kicked out of AT&T’s party, then wins on social media

Here’s a really quick way to get tons of people talking about your brand on social media. Literally…

Bill Jayme: To the Letter

The industry lost another copywriting legend with the death last month of Bill Jayme. A true creative type,…