Odds Against Call for Telemarketing Ban

When one of the authors of this article was 22 years old, he attended a seminar on government relations in which the speaker (one of those evil, high-priced lobbyists) counseled the group that it was not just the right of citizens in this nation to petition their government for redress of grievances but that it was their duty.

The freedoms guaranteed us by the Constitution demanded that we speak out when we felt our government was failing to address issues of particular concern to us. Since that day, he has taken those words to heart and now he counsels others that it is their responsibility to let their government know when it has failed them.

Now a Santa Monica, CA, consumer group named Voter Revolt is taking this duty to a new level. It is gathering signatures (420,000 are needed) to place an initiative on California’s November ballot to try to stop unsolicited telemarketing calls and e-mails. One key provision of the initiative would make it illegal for anyone conducting business to “make an unsolicited telephone call to any residential telephone subscriber in [California] for the purpose of selling any good or service.”

The proposed law would allow for telephone solicitations in which the parties have an ongoing business or personal relationship or in which the recipient has elected to receive such calls by registering with the Public Utilities Commission. Parties found to have violated the statute would be subject to damages of at least $500, and a court would be authorized to award triple damages for “willful or knowing” violations. In addition, the prevailing party would be entitled to an award of its attorney’s fees.

At this point, chances are probably no better than 50-50 whether the group can gather the requisite signatures. (The irony is that it is using the Internet as the primary means of circulating the petitions, while decrying the use of the same system by marketers. What’s good for the goose … eh?) Yet the petition drive may not be the highest hurdle facing the Voter Revolt folks.

Even if they do acquire the necessary signatures and are successful at the ballot box, it is not likely that this initiative will ever see the inside of the California Code. Although our courts have yet to consider such a wide-ranging prohibition, the majority of judicial opinions have indicated that a complete prohibition of such calls would be overly broad and therefore violate the First Amendment’s protection of commercial speech.

There are several tests that a court would apply when reviewing such an initiative on First Amendment grounds.

The first analysis would be whether the proposal is a content-neutral restriction on free speech. In other words, does the proposal limit speech based on the content of the speech as opposed to limiting speech in general? A statute that restricts based on content is generally unconstitutional. A recent federal case reiterated the standard by stating, “The ‘principal inquiry’ in content neutrality cases is ‘whether the government has adopted a regulation of speech because of disagreement with the message it conveys.’ ”

Given the initiative’s focus on calls that offer the sales of goods and services, a likely result is that the law would be considered a restriction on commercial speech, and as a recent federal case in New Jersey noted, “where a statute draws a distinction between the regulation of commercial calls and noncommercial calls, it is much more likely to be considered content based.”

In a now-familiar four-part test, the court in Central Hudson Gas & Elec. Corp. vs. Public Service Commission set forth the factors a court must consider in determining whether a restriction on commercial speech passes constitutional muster. First, the speech at issue “must concern lawful activity and not be misleading.” Second, the government must assert a “substantial” interest in regulating the speech. Third, the regulation must be one that “directly advances the governmental interest asserted.” Finally, the regulation must not be “more extensive than is necessary to serve that interest.” Given this, the telemarketing industry should consider two additional means of challenging the proposed initiative.

First, the measure could be considered unconstitutional if it fails the third prong of the Central Hudson test. To demonstrate this deficiency, the industry must show that the initiative would not actually remedy the perceived harm or would provide “only ineffective or remote support for the government’s purpose,” from Valley Broadcasting Co. vs. United States.

In other words, if the industry can offer evidence that the elimination of telephone solicitations for the sale of goods and services would not significantly alleviate the alleged “invasions of privacy,” which formed the basis for the proposed law, it may be unconstitutional. By demonstrating that calls not designed for the sale of goods and services – such as those seeking charitable or political donations and those made to people with an existing business relationship – are as prevalent as the calls the initiative seeks to ban, the industry can show that the proposed remedy does not adequately address the problem.

“A city may not distinguish between commercial and noncommercial speech if both are equally responsible for the problems the city seeks to alleviate” (Doucette vs. City of Santa Monica).

The second means would mirror challenges to statutes attempting to ban door-to-door solicitors. In Project 80’s vs. City of Pocatello (ID), a youth organization challenged two city ordinances which placed significant restrictions on door-to-door solicitation, barring from private residences all such “peddlers” who were not “requested or invited” by the individual homeowners. The court held that the restrictions in question disregarded “far less restrictive and more precise means.” The court stated that an alternative, less-restrictive measure to protect residential privacy would be to prohibit solicitation “at households that have posted a sign or listed themselves in a registry.”

The Project 80’s decision is still good law and it should support a conclusion that the nearly identical ban on telemarketing calls proposed in California cannot withstand constitutional muster. The proposed initiative ignores “far less restrictive and more precise means” of promoting governmental interests in protecting privacy, such as the already existing option of do-not-call lists. Moreover, the attempt to require potential recipients of telemarketing calls to opt in and affirmatively assert their desire to receive such calls violates basic First Amendment principles.

Should the initiative make its way onto the ballot, the industry should be prepared to challenge its legality by demonstrating the proposed law would not effectively remedy the alleged problems it was designed to and the initiative’s ignorance of less restrictive alternatives that would not have such a tremendous impact on freedom of speech. 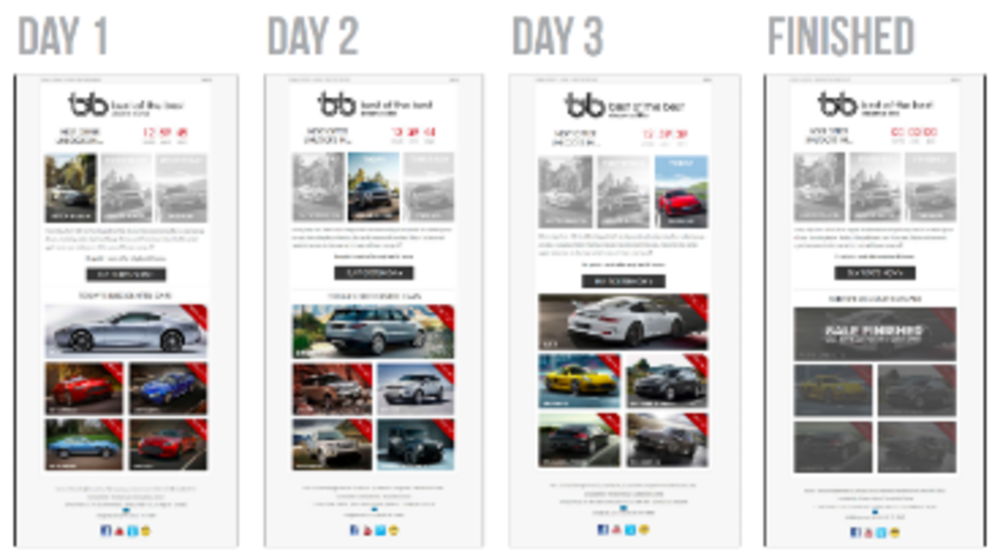 One Email That Packs the Punch of Three

Click image to enlarge. The Back Story: Three things are certain in life: death, taxes, and the…

Technological change can be viewed as an important aspect of the entrepreneurial process, but it seems that most…