The New York Times Company will launch international editions of its T Magazines in December, due, in part, to the magazines’ high ad sales this year.

The international editions of T will be distributed through select copies of Times sister publication the International Herald Tribune. The first issue, debuting on December 2, will be sent to Herald Tribune subscribers in Europe and the Middle East. A launch party for the new edition will be held in Milan on December 24 during Italian Fashion Week.

Advertisers will have the option to buy packages across the international and American editions, as well as in the soon-to-be-launched T Web site and the New York Times newspaper.

Rogin pointed to Macy’s, which has been advertising with the company for 100 years, as an example.

T: The New York Times Style Magazine, distributed 15 times a year in the Sunday New York Times, has shown increasing ad sales since an editorial change-up three years ago. Stefano Tonchi, formerly with Esquire magazine, took over the New York Times magazine department, combined some of the books, and started issuing all the magazines under the T brand name.

“I credit [Tonchi] and the editorial team [with the rise in ad pages],” said Rogin.

“The other credit is due to the Times audience, which responds so rapidly and with such strength that if you combine all of our properties – The New York Times, nytimes.com, T and all the other magazines – we’re now the largest spend in the country,” he said.

“What’s been exciting is that T this year is expanding to be less vertical in its interest,” said Rogin. “When you open it, there are certain features that are in every issue, so we’re getting [fewer instances] of advertisers getting into a single issue that is aligned with them, and more about aligning with T and T’s audience.”

This T audience is affluent and educated. The magazine has an emphasis on luxory and leisure which attacts, at times, different marketer than the daily newspaper.

“We’re seeing real growth in fashion advertising in non-fashion-defined books,” he continued. “Across the industry we’re seeing growth in luxury spending and fashion spending, particularly into the fourth quarter. And it’s not just fashion – it’s watches, jewelry and beauty and everything you want to indulge in.”

Because of the positive response to T Magazines, the NYT Company is in the process of launching a T Web site. The site will feature the same editorial content as the magazines, as well as a blog and video.

“It’s a very visual site that will change the way that people look at fashion online,” said Rogin.

“What’s different is that level of sophistication,” he said. “T is really about how to live well across all areas we cover. There are a lot of fashion magazines that speak to aspirational shopping, and we have that audience as well, but the New York Times readers can go out and buy that product the next day.”

Rogin posited that the high price point on Times delivery, $700 for a yearly subscription, showed high engagement by Times customers.

“It’s a very conscious decision to have the Times brought to their homes every day. More than 50 percent of the distribution of the Sunday Times and T is outside the New York market, so it shows that readers have great faith and investment in our product.”

The New York Times had an average Sunday circulation of more than 1.6 million in 2006. T reaches 5.1 million readers.

The International Herald Tribune, which will feature the international edition of T, is sold in more than 180 countries and had a 12-month average circulation of 242,000 in 2006.

The New York Times Magazine reported 1,707.34 ad pages for the first six months of this year.

The open rate for a four-color page in T is $103,955 for brands. The price varies for retailers. 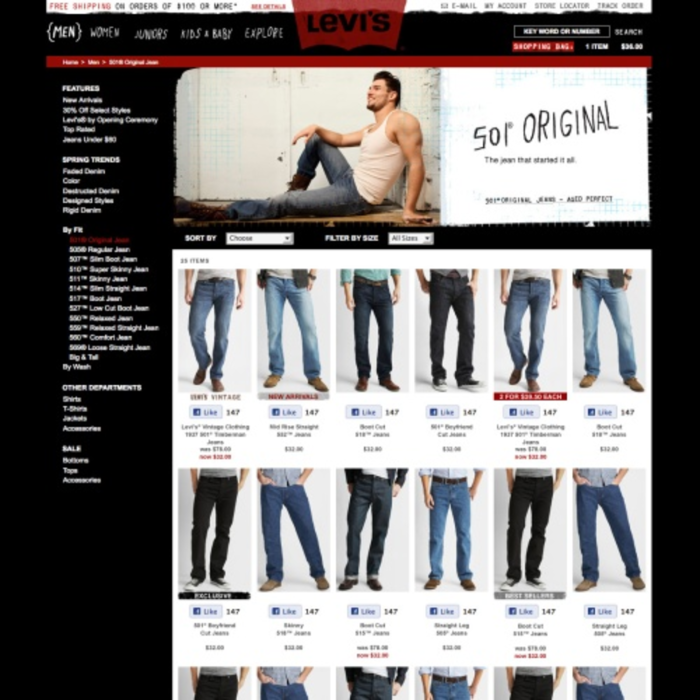 Since time immemorial, or at least for the quarter-century I’ve been in direct marketing, people have vigorously debated…