Nokia: The Once and Future(?) King

Smartphone sales are booming. According to the research company International Data Corporation (IDC) “Worldwide Quarterly Mobile Phone Tracker,” 712.6 million smartphones shipped across the globe in 2012—a 44.1% increase over 2011.

However, not every device manufacturer shared the wealth. According to IDC, Finnish device manufacturer Nokia wasn’t even among the top five smartphone vendors in Q4 2012 global shipments. Moreover, its market share plummeted from 15.6% in 2011—right behind Samsung and Apple, who made up 19% and 18.8%, respectively—to 4.9% in 2012.

So how did Nokia fall so far? Before the ubiquity of smartphones, it seemed that anybody who owned a mobile device owned a Nokia—thick as a brick, reliable, and durable enough to serve as a medieval bludgeon.

“Everybody’s first cell phone may have been a Nokia phone, but it’s probably been a good 10 years or so since they’ve owned a Nokia product here in the U.S.,” says Altimeter Group mobile Industry Analyst Chris Silva.

Both Silva and IDC Research mobile phones, Ramon Llamas partially attribute Nokia’s downfall to its relationship with Symbian, an operating system that “never had traction here in the U.S.,” Silva says.

And whatever traction Symbian had in the United States is decreasing. Technology research company Gartner notes that from Q3 2011 to Q3 2012, Symbian’s market share dropped from 16.9% to 2.6%. Additionally, Silva says, Nokia missed its opportunity to target the business executive—the key smartphone consumer in the early to mid-2000s.

“[Nokia] really wasn’t present at the table. They ceded so much ground to BlackBerry that by the time a device came out—and largely this was the iPhone—that balanced consumer need and business capability, there was so much ground to make up that they didn’t stand a chance trying to compete,” Silva says.

Nokia is now attempting to shake off its late start and put its stamp on the smartphone market by promoting higher-end devices, using the Windows Phone operating system. Key to this effort is its use of social marketing to rebrand itself as an innovator. “To recognize that you’re no longer the leader [and] to look at yourself in the mirror and say, ‘I’m not what I used to be and I now need to change,’—that’s a huge setback,” says Tejal Patel, Nokia’s head of social commerce and performance. “The next thing is: ‘OK, I recognize I need to change, how do I do this and actually make [myself] go through that change, even as an individual?’ That’s a big undertaking.”

The social element to Nokia’s strategy is particularly important because the device manufacturer finds itself behind in an incredibly competitive environment.

“We’re all going after the same number of consumers out there. Everywhere you go, everyone owns a mobile phone or owns a smartphone in the Western World…. It’s not like you’re really reaching new audiences,” Patel says. “Everyone’s challenge, whether it’s Samsung, Nokia, or Apple, is how do you get the consumer to select your product over anybody else’s?”

However, IDC’s Llamas argues that “not all consumers are created equally,” and divides mobile customers into three key categories. Seasoned smartphone users, Llamas says, have been loyal to a particular device or operating system for years—the iPhone aficionado who camps for days outside of the Apple Store to splurge on the upgraded device, for example. To win over this consumer, Llamas says, competing brands need to highlight differentiating features.

“If you’re going to try to pry somebody away from their current smartphone, you have to point out what you can do better or what you have is what your competitor lacks,” Llamas says.

An easier target, Llamas says, are smartphone users who will stay loyal as long as the company communicates with them. This means keeping customers informed of changes and acknowledging their desires and complaints through new devices and services.

These are all areas where Nokia can benefit from social marketing by creating word-of-mouth buzz around the differentiating features in Nokia devices, listening to social chatter from customers, and ensuring that Nokia is top-of-mind among prospective customers. But Patel is also realistic about the role social will play in Nokia’s marketing mix.

“I don’t think social is the answer to our prayers. Absolutely not,” Patel says. “It has to be integrated with everything else you do.”

To initiate that crucial customer chatter and to put itself back on the mobile map, Nokia and London-based word-of-mouth agency 1000heads planned a simple marketing concept for the February 2011 Social Media Week in Glasgow.

Social Media Week attendees were enticed to check in, via Foursquare, at the Nokia Gift Machine, with the incentive that they might win a reward, ranging from chocolates to actual Nokia smartphones. After its initial debut, which generated 98% positive online conversation, the Gift Machine traveled across the globe dispensing more than 3,800 gifts across six countries at eight events.

Craig Hepburn, Nokia’s global director of digital and social, says the Gift Machine illustrates how consumers can reap offline rewards for their online social activity, according to a 1000heads media alert. “It’s showing that online and offline can come together, and it’s about driving awareness and consideration for Nokia, as well,” Patel adds.

It was also important for Nokia to gather immediate data from its Gift Machine check-ins—which was one of the reasons why Foursquare was an important tool. “Not every single API gives you the information immediately,” says Simon Adamson, 1000heads’ group account director. “Luckily Foursquare does, so we were able to replicate the online activity very, very quickly.”

It’s this accountability that makes social so important, Patel says. While social might be cool and sexy, there’s a real data strategy backing its use, and businesses need to see results.

The issue for Nokia, Patel says, is that unlike Apple, it doesn’t own its own store nor does it have a branded e-commerce site. Hence, Nokia must use social not only to inspire conversations, but also to drive consumers to third-party retailer stores and e-commerce sites where, hopefully, those customers will buy Nokia products.

“I think there are things that you can do in the commerce space, [such as] couponing, driving people into stores,” Patel says. “When people are in the stores, how do you get them to go back online to tweet or be social or share their experience of having been in a store? It’s a two-way thing.” In addition, the Gift Machine has been central to Nokia’s efforts in that regard.

Not only does Nokia have to differentiate its devices from those that use Android and iOS operating systems, it also has to distinguish itself from Windows Phone handsets made by competing device manufacturers, such as HTC. Silva and Llamas believe that one way Nokia can attempt to trump its fellow Windows competitors is by offering a lower-priced phone with slightly fewer features—such as with its Asha series, which, according to a January 2013 press release comprised 9.3 million of Nokia’s 15.9 million Q4 2012 sales. However, Llamas warns that Samsung is also venturing down this more affordable route with its recently released Rex series.

“Having one device or two devices that price out at $200, $300, to $400 on contract is simply not going to be the right choice for the second half of the population that needs to get online,” Silva adds. In addition, IDC’s Llamas recommends that Nokia focus on promoting features that are unique to the brand alone, such as Nokia’s augmented reality app City Lens. “The camera piece, the mapping piece, the music piece, the augmented reality piece: There are a lot of good assets that Nokia can bring to bear, but nobody’s really talking about them,” Llamas says.

These features and functions could very well be Nokia’s in. Apple revolutionized the smartphone market with its iPhone, which essentially made an expensive device for business users a necessity for consumers. Since then, Samsung’s Galaxy S series, which uses the Android operating system, has also exploded in popularity. But Llamas wonders if these devices—and their operating systems—are beginning to stagnate.

“As I take a look at Android and iOS, I kind of mesh these two. Not because they’re one and two respectively, but [because] for the most part, these experiences have been largely the same for the past several years,” Llamas says. “Chances are people are looking at that and saying, ‘It’s time to look at something else.’”

Rather than telling consumers that Nokia is the “something else” that they’ve been waiting for, Nokia is allowing its current users to tell the story for them with the Switch Hub. The Nokia.com Switch Hub is a regional landing page where consumers can post their own content—such as photos, tweets, and videos—that conveys their experiences with Nokia’s Lumia series devices.

“When social works really well, the boundaries should blur,” Patel says. “Am I on the website? Am I on the Facebook page? It should all be merging together.”

Rather than referring to the Switch Hub as a marriage between content marketing and social, Richard Jones, CEO of EngageSciences, a social marketing activation platform that powers Switch Hub, refers to the site as a “ménage à trois” between social, content marketing, and brand advocates.

When it comes to engaging influencers, Jones says that marketers have traditionally relied on the classic pyramid: celebrity endorsements at the top, followed by popular bloggers, with the brand’s fans at the bottom. However, Jones advises marketers to invert the pyramid and focus on their fan base to drive word of mouth. He adds that when it comes to brand fans, quality is more important than quantity. Rather than flaunting their fan count like a “beauty parade,” Jones says brands should home in on the top 4.7% to drive social referrals and conversions. He adds that this top 4.7% is more than 176 times more engaged than a brand’s average fan.

“The only thing you need to collect is engaged fans and engaged users,” Jones preaches. “They’re going to see your posts; they’re going to interact with [brands’] campaigns. You won’t know who those people are unless you track them down to the individual level.”

After launching Switch Hub, Nokia noticed a 35% increase in consumers who moved from viewing the landing page to browsing Nokia’s product page. In addition, consumers spent an average of three minutes on the landing page.

Patel says the campaign proved how social could be viewed as a credible channel. “People believe in word of mouth. They believe in their friend’s reviews or other recommendations far more than they a do a brand’s,” Patel says, adding that reviews are often most relevant to consumers who have already started moving through the purchase funnel. “You’ve pretty much already made the decision, now you just want to validate that and look at the reviews.”

On the flip side, real-time user generated content, such as in the Switch Hub, grasps people’s attention from the get-go.

“Earned [media] often has the most potential for building credibility because that’s the channel where people are creating YouTube videos showing their experience with the device or people are tweeting and re-tweeting about the device…. That’s the kind of thing that’s going to resonate with potential buyers,” Altimeter’s Silva says. “I think it’s especially important for a brand like Nokia [given] that many [consumers] who are buying their first smartphone, who are in the younger generation, may not even remember who Nokia is [or] what they were 10 years ago.” 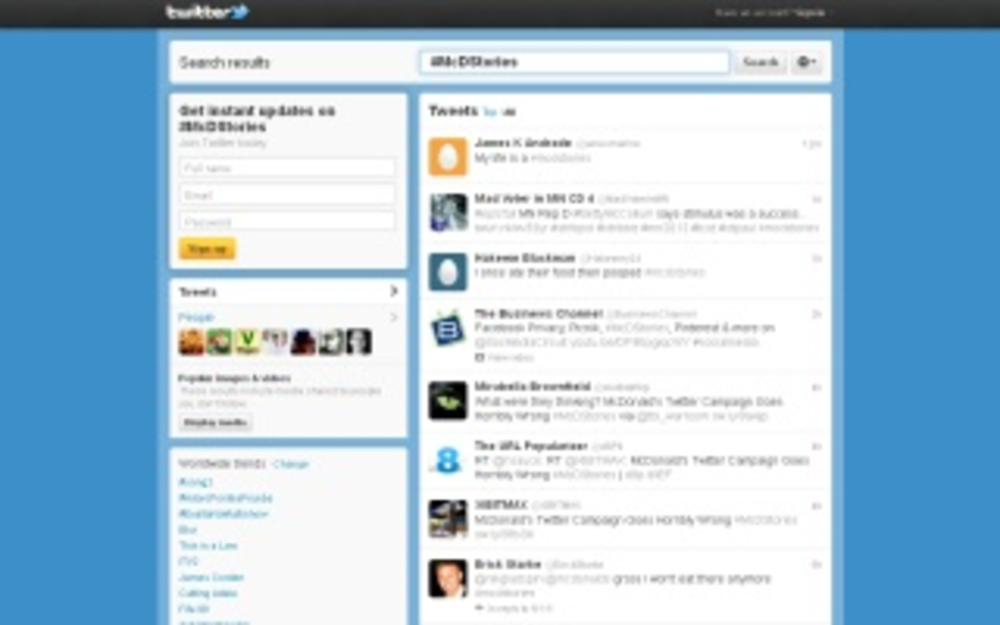 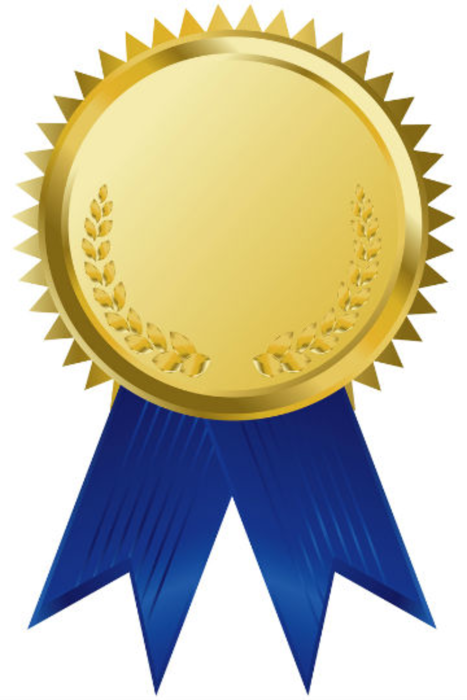 The Best and Worst Brands in Temkin Experience Ratings

We just released the 2014 Temkin Experience Ratings, the fourth year of the customer experience assessment. It shows…