The co-op mailing, called the NFL Partner Playbook, includes offers from select NFL partners and NFL properties. It went to the NFL's top 1 million customers in mid-August, just weeks before the start of the pro football season.

For the top 1 million, “we looked at customers that purchase from multiple sources [within the NFL and from its business partners] and that therefore have higher levels of frequency and valuation,” said Perry Cooper, director of database marketing for the NFL, New York. “These fans in general respond two to three times better than single-source candidates.”

The Partner Playbook gives the NFL a vehicle to bring together “a hungry fan base with internal business units and business partners that want to message against that list,” Cooper said.

NFL partners that had coupons in the mailing include DirecTV, MBNA Corp., Sirius Satellite Radio, The Danbury Mint and Sports Illustrated. Participating NFL properties include NFL.com, NFL Flag — the league's national flag football program for boys and girls — and the NFL Network.

The co-op mailer also was inserted into the “kickoff” NFL Shop licensed merchandise catalog that was sent to 2.5 million targeted customers and prospects obtained from new lists the first week of September. And the offers are featured in a monthly e-mail newsletter to the top 1 million customers for whom the NFL has e-mail addresses in its house file. Recipients who click on links are sent to the NFL's internal business unit or partner's offer or Web site.

Some fans received the e-mail newsletter, the co-op mailer and the catalog.

The NFL gleans its fan data from its database marketing system from E.piphany, which went live in 2003. The system gives the league and its 32 teams desktop access to E.piphany's Web-based architecture and lets the league gain even more information about fan trends and behavior.

It contains information on more than 14 million NFL customers from various sources. Data include name, address, e-mail, phone number, favorite team and some RFM information. Names go back as far as five years. The NFL also overlays Polk demographic data on these names. The database is refreshed whenever the NFL gets a new feed of names, which occurs monthly or more frequently.

The database gives the NFL a single view of its customers, letting it identify its best prospects based on a level of engagement, such as multi-source fans.

The Partner Playbook has performed well. Cooper said that Sirius Satellite Radio reported the Playbook as among its best acquisition sources, as did MBNA and DirecTV.

“MBNA said that the Playbook was one of the best launching channels it had for its NFL Extra Points credit card,” he said.

Sports Illustrated generated a significant number of subscriptions through the package, Cooper said, while The Danbury Mint, which sells miniature stadiums and player figurines, “generated 7,000 orders in August from their inserts.”

“We are able to track how clicks were distributed through all the partners, and that helps us engineer the next campaign,” he said. “We are looking at profitability for our partners and also changing the lineup based on response. [The response proves that] fans want to be communicated to across our product portfolio, so we need to broaden our product portfolio, and we need to increase frequency.”

Another co-op mailing and catalog insert are planned either for holiday shoppers in December or for January, prior to the Super Bowl Feb. 6 in Jacksonville, FL. The co-op mailing will feature many of the partners the NFL had in August “as well as some top-tier sponsors, such as Southwest Airlines, FedEx Corp., Bayer, GlaxoSmithKline and PepsiCo,” Cooper said.

Some of these sponsors were featured in the September co-op catalog mailing and in the August and September e-mails as well.

The e-mail newsletters will continue monthly through the Super Bowl.

Based on the results, “we are confident of a rollout next year where we'd like to be in every catalog with an insert, which could mean up to 12 inserts per year, and a co-op mailer sent out four or five times per year,” Cooper said. The NFL will decide by the first quarter. 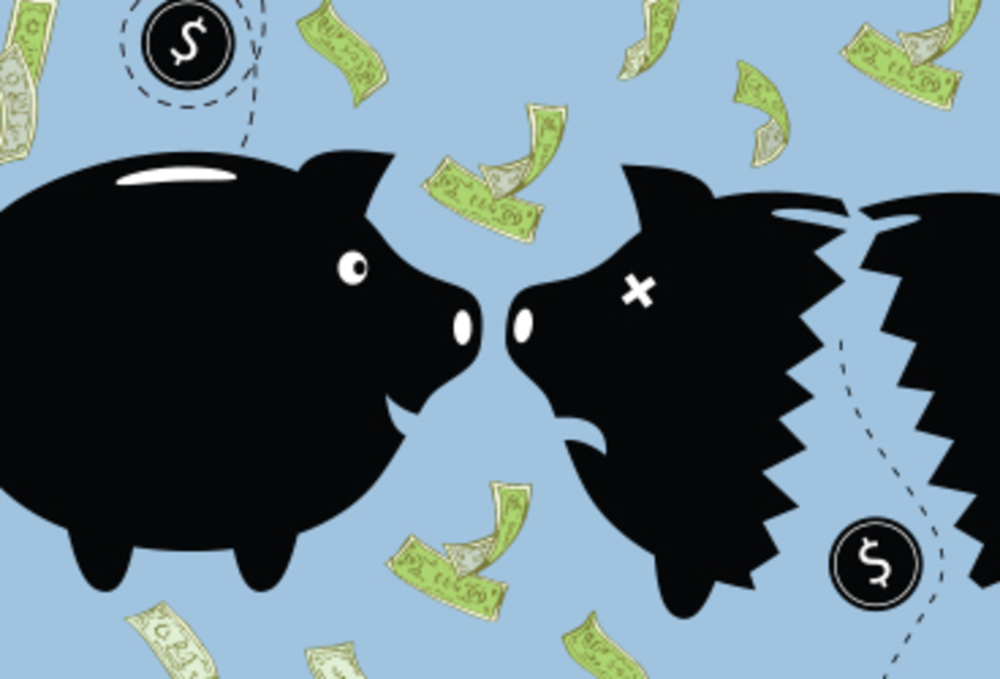 Infographic: The Taxonomy of the Penny-Pincher

When it comes to shopping, most consumers know when to save and when to cave. But some are…