Irked by New York Gov. George Pataki's apparent eagerness to slice and dice a budget that the state Legislature approved in near-record time, lawmakers and agencies targeted by those vetoes responded last week with a full-force direct mail campaign.

The groups hope the letters will get their constituents to launch a grass-roots effort expressing outrage over what they regard as “Edward Scissorhands”-like budget cuts. The vetoes, which seem to have spurned Assembly and Senate members politically and numerous community and educational organizations financially, represented $750 million in program cuts and another $800 million in bond programs.

Democratic Assembly members are leading the fight for two reasons — to remind voters of Pataki's pen-wielding ways in what is an election year and to encourage agencies targeted in the cuts to vie for $200 million that is expected to be available in supplemental budgets. The campaign reportedly was orchestrated by Assembly Speaker Sheldon Silver whose office did not return calls from DM News.

“Clearly, we have people writing and calling who otherwise wouldn't be,” said Frank Hoare, chief counsel for Assemblyman Herman D. Farrell (D-Manhattan), chairman of the Ways and Means Committee, which oversees the budget process.

In a similar effort in 1995, Democrats and labor unions spent tens of thousands of dollars on direct mail and TV and radio ads accusing Pataki of trying to cut education, welfare, Medicaid and other programs.

Mailing lists generated through the Board of Elections are providing direct access to voters throughout 80,000 Assembly and 61 Senate districts, Kennedy said. Assembly Democrats hope to have all 97 members join the campaign in the coming weeks to reach hundreds of thousands of voters.

“We've been encouraging people to write, particularly to the Senate and to the governor's office,” said Dan McLean, an aide to Assemblyman Richard Brodsky (D-Manhattan). “They need to be lobbied, and that is why we are encouraging voters to send letters.”

Indeed, educational and environmental groups, along with agencies that support programs for the mentally and physically disabled, are mobilizing. The Association of Retarded Citizens, a statewide organization serving individuals with disabilities, rallied with its own mail campaign.

“We did this all on our own,” said Karyl Caplan, executive director for the Rockland County chapter of ARC. “This year, things are so severe with the governor's vetoes that we are writing the governor, Senate and Assembly to put some items back in the budget.”

ARC targeted family, staff and “anyone who is a friend” to engage in the letter-writing effort and even provided postcards at two recent events to help the process.

Nonetheless, the governor's office said it has not yet seen an increase in mail and called Silver “disingenuous” for his efforts to centralize mailing efforts.

“He is trying to orchestrate a campaign against the governor's vetoes, but we don't see it materializing,” said John Melia, director of public affairs for the Empire State Development Corp., the state's economic development company that has fiduciary oversight of the budget. 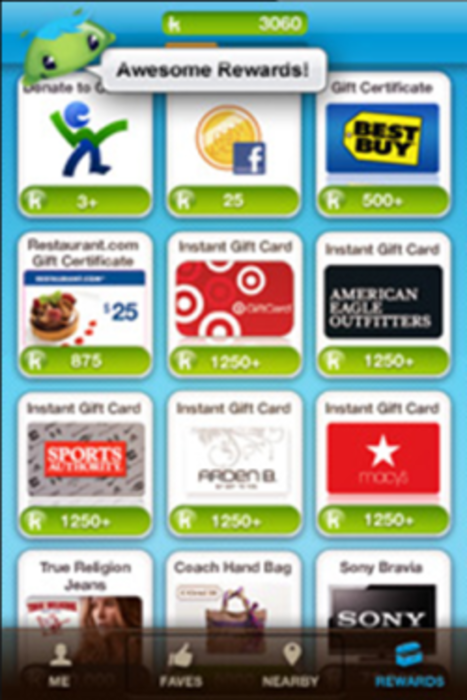 Toys “R” Us, Simon Malls and InStyle magazine have partnered with Shopkick to allow their customers to use…

The Direct Marketing Association, in conjunction with its major sweepstakes members, has announced a program to assist caregivers…

Though search listings have taken off as a direct response ad vehicle, new research reveals that high-placed search…