Yesterday I got a taste of some of the new products that aim to be big this Christmas.  And no surprise, it was a day of personal electronics.

The first demo was the new PSP by Sony.  It weighs about half the size of the old PSP with a higher resolution and options for a longer life battery upgrade.  Sony has also introduced a connector cable, so that users can plug it into a television, creating an instant entertainment center on the go.  Sony is aiming the product at parents and teens a like, as it is a good

The new PSP launches in September, with a limited edition Star Wars designed PSP out in October.  The fall campaign will focus on the Star Wars launch, which will include a game that is compatible across the devices.

For the fitness set, Timex has released an update to its Ironman workout watch that controls your iPod.  It works via radio transmission through a small device that is plugged into the bottom of the iPod, and it transmits a signal up to 10 feet away.  You can press the buttons on the watch to control the songs and volume.

The short comings are that you can’t see the songs on the watch, and since you still have to plug in headphones to the iPod, you can’t really get that far away from it.  So it seems like it would be easier just to use the iPod itself and not add another device to the mix.

The watches went on sale on Timex.com yesterday and they will be up on Apple.com next week.  In the fall the watches will hit the stores, Sears and Kohl’s, depending on the individual store’s order date. An event based marketing campaign will begin next week. 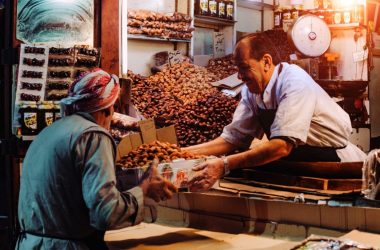 Looking to experience growth? Learn how to solve and overcome the four most common customer experience problems most…