E-mail seems to be doing the trick for Neiman Marcus.

The upscale retailer maintains a tight file of 750,000 names, many of whom it claims are highly responsive. Take, for instance, an e-mail sent Aug. 6 to the house file for a new Prada fall handbag costing $650.

Of course, that response was aided by the strength and merchandising skills of the Neiman Marcus and Prada brands. But the tactic itself works wonders for the retailer.

“E-mails are a huge revenue generator for us,” Crotty said, without elaborating on the vehicle's contribution to the company's bottom line.

The e-mail links to the Christmas Book section on NeimanMarcus.com. Once there, consumers can actually flip through the virtual pages.

“We didn't disturb it,” Crotty said. “We would have it online just like we got it in the mail.”

The retailer hopes this e-mail generates enthusiasm for the featured product. An earlier Flash e-mail on an unrelated product garnered a 40 percent click-through rate, he claimed.

Neiman Marcus drops e-mails twice a month. This is based on consumers signaling their comfort level with that frequency.

“We think of [e-mail as] publishing a magazine every two weeks,” Crotty said. “We don't have a cookie-cutter formula. There's an element of unpredictability.

“We probably have the highest click-through and conversion rates of any fashion retailer,” he said. “We'll see average click-through rates of 20 percent. We work with CheetahMail. Conversion can go as high as 7 percent to 8 percent.”

A key distinction between Neiman Marcus and its fellow retailers is the intention to keep its house file small.

“What we look at is the revenue per name,” Crotty said. “We've stayed focused on keeping it a quality file. We're not trying to build a large list because e-mail costs money.”

Neiman Marcus does not rent its e-mail addresses to third parties, nor does it rent outside lists for prospecting.

“We tried renting third-party lists for prospecting and haven't found it to be very successful in terms of return on investment; that's basically how we measure all our media,” he said. “Because so many of those lists are an aggregation of people who've signed for a wide variety of reasons … it's not targeted enough.”

Meanwhile, progress has begun in other areas of NeimanMarcus.com. The site now boasts trends sections in time for the fall and holiday seasons. Across various areas of the site, the trends sections point visitors to new styles and fashions in apparel and accessories. This feature was born of in-house research.

“Online shoppers love lists — top lists, recommended lists,” Crotty said. “So what we're doing is we take that concept and we create trends that the customer has just responded to — the look for fall and the key accessory I need.”

“We had a sort of out-of-the-box search engine on the site that was sub-optimal in terms of the search results it provided, and we knew that the search functionality was very important on the site,” he said.

This enhanced search capability is even more critical in a holiday period, which typically yields one-third of Neiman Marcus Online's revenue. So, consumers visiting NeimanMarcus.com often search for items based on the specific brand and, say, the shoe size.

Search becomes all the more important given the NeimanMarcus.com shopper. Nearly half of the site's customers do not live near one of the 35 Neiman Marcus retail stores.

These new customers are not terribly different from the typical Neiman Marcus shopper. They are a little younger. They also tend to shop via multiple channels: catalog, site and store.

Neiman Marcus Online has three Web properties. NeimanMarcus.com is the flagship, with e-commerce functionality for three years now. Chefscatalog.com was acquired a few years ago. And horchow.com became an online sibling to the catalog only last month.

All these sites were recently relaunched. Each iteration results from consumer feedback and tweaks to improve experiences while searching, navigating, shopping or at checkout.

Such refreshing is critical to keep consumer interest alive in the luxury category Neiman Marcus operates in.

“The things that we thought would have been challenges, but have not been, is price-point sensitivity,” Crotty said. “We haven't found that to be the case. The other thing we wouldn't have been sure about is how much apparel, beauty items and handbags would sell. Apparel is the No. 1 seller.” 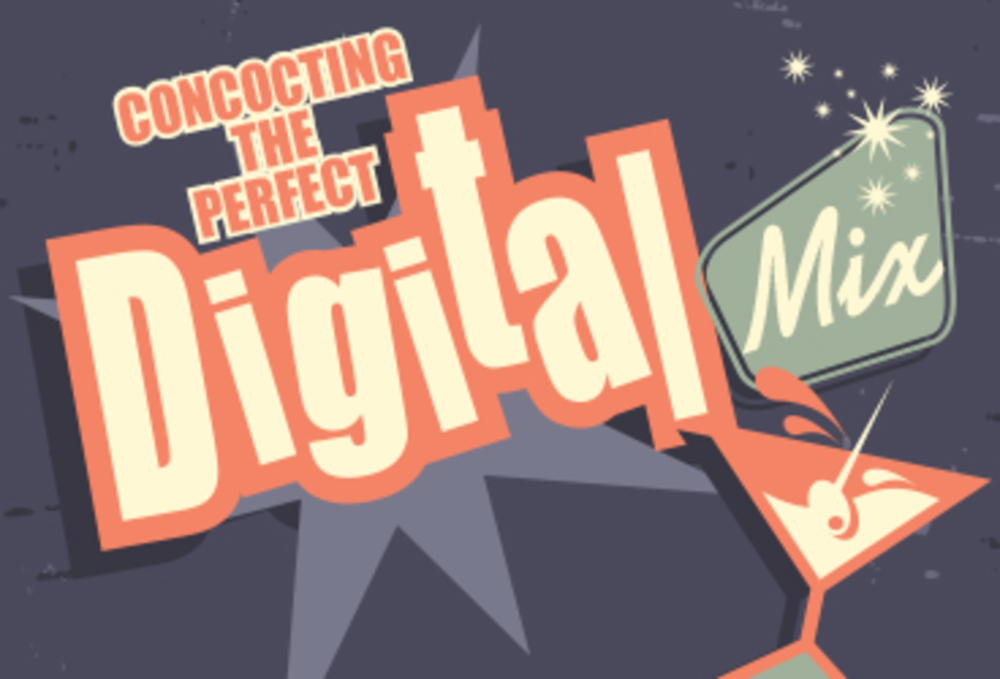 Infusing digital into the marketing mix is essential to having a smooth strategy. But digital marketing efforts don’t…