Finding a fowl hunting preserve is now like shooting fish in a barrel thanks to a new campaign by the National Shooting Sports Foundation and The Media Group. The campaign delivers a targeted interactive television experience to the 12 million viewers of TMG’s Men’s Outdoors & Recreation channel who have Dish Network iTV-enabled set top boxes.

Without even having to leave their armchair and don flannel, viewers of the branded entertainment TV show, Wingshooting USA, can order a copy of a publication listing wildfowl hunting preserves nationwide and enter a contest to win a Polaris ATV and other prizes such as tickets to hunting events, simply by using their TV remote control.

Wingshooting USA is a program produced in partnership with the NSSF, Black’s Wing and Clay, Waterfowl and the North American Gamebird Association to raise awareness of the convenience, access and experiences offered by hunting preserves.

“The amount of original content on the [Men’s Outdoors and Recreation] channel is extremely high,” said Marc Krigsman, president and chief operating officer of The Networks Group, a TMG division operating eight transactional TV networks. “We have between 75-100 different program series on air each week, with each program airing about 26 episodes. We work in conjunction with different outside partners for specific productions, and this enables us to keep content fresh.”

TMG’s model is different than the typical ad supported programming of most cable and satellite networks because the process begins with the advertisers.

“We start with a concept, then get advertisers and producers on board to produce informative and entertaining programming with our partners’ products or services integrated into the program platform, but without being overtly commercial,” Mr. Krigsman said.

What’s more, it’s changing the model for how TV is being financed and supported, by allowing producers to have an equity interest in the program. Producers can achieve additional revenue streams when viewers use their programs’ interactive features to request a coupon or additional information, or make a purchase using their TV’s remote control.

To maintain channel identity, TMG has editorial oversight on all programming and gives its partners strict guidelines on presentation and production.

“TV is basically a way of connecting buyers and sellers, but by creating a branded entertainment environment, we’re able to take it one step further,” Mr. Krigsman said. “We’ve transformed the TV watching experience, so that the viewer is no longer a passive participant, but is engaged in the programming and the technology. We connect the dots for the consumer.” 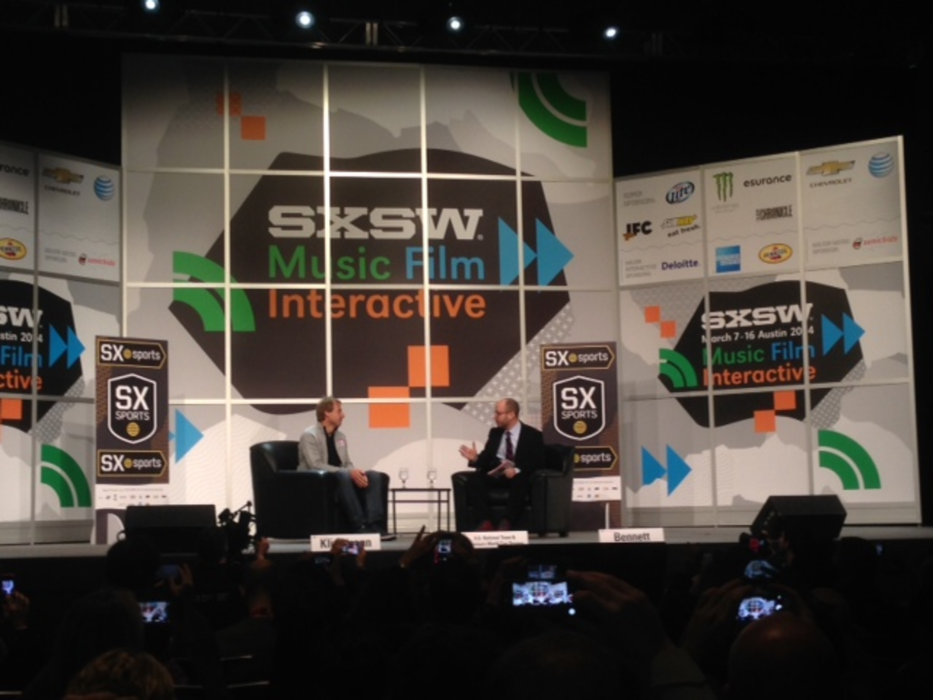 Jurgen Klinsmann, head coach of the US national soccer team, tells an audience at SXSWi that his players…