As music downloads become more prevalent and MP3 players boom, it’s no surprise that physical CD sales are plummeting. According to Nielsen SoundScan, sales dropped 16.3% in the first half of 2008, compared to the same period in 2007. What is surprising, however, is that during the same period, though digital album sales increased by 34.4%, total album sales were down 11%.

But lower sales do not necessarily mean that there are fewer music fans around today than in years past. “There’s a looming cloud that decreasing album sales are somehow decreasing the music experience but, in reality, what’s happening is that artists are just finding new ways to reach their fans,” says Josh Brooks, VP of marketing for MySpace Music.

This means today’s marketers need to work even harder to reach these consumers, who are being targeted from all angles. “There are so many artists out there — people are somewhat jaded from having too many options,” says Diana Garcia, street marketing manager for music market­ing firm Echo. “You have to offer things that are more compelling — that allow the consumer to get to know the artist and have the artist interact directly with fans.”

Artists are increasingly using mobile technology to reach a younger market, continues Garcia, who recently worked on a mobile campaign for country music group Rascal Flatts. “Those [younger] fans are not as engaged with e-mail,” she explains, “but they’re completely engaged with their cell phones.”

Dorrian Porter, CEO of mobile marketing agency Mozes, agrees. “The tie between mobile and online is going to become more and more relevant,” she says. “Combining the Web with offline, real-world events is important, and the mobile phone is at the heart of that [effort].”

Social networking is also growing in popularity among music marketers targeting young fans. “Three or four years ago, we were managing mailing lists and trying to get press interviews. But when a band has hundreds of thousands of fans on a social networking site, posting an online bulletin can be more relevant than an e-mail list,” says Larry Weintraub, CEO of Fanscape, which recently worked on an integrated campaign for Simple Plan, a pop/punk band. “Now, it’s more about complete creative integration. [The goal is to] become part of the sites that people go to.”

Contests — particularly when partnering with big brand names — are a direct promotional tactic that can drive sales and promote tours. Guitar Center, a national instrument and equipment retailer, recently launched a competition in which aspiring bands compete to be the opening act for Mötley Crüe’s 2009 tour.

Dustin Hinz, manager of events marketing and promotion for Guitar Center, says this type of partnership can not only increase awareness, but also help drive tour and record sales.

It’s clear that artists need to take a many-tiered approach to reach fans through numerous media. But one frustration for marketers in this space is the fact that many of these initiatives cannot be shown to lead directly to an increase in album sales.

“At the end of the day the record company is our client, and results aren’t as tangible as they used to be,” says Weintraub. “I could show you how popular a band is compared to another through video streams, downloads and engagements, but this may not correlate directly to record sales.”

But these changes can also bring artist exposure and accessibility to fans, he points out. “Online promo­tion can actually lead to increasing numbers in the traditional space – usership in the digital music space has only gone up,” he says. “We’re still a maturing industry and it’s exciting to see how it’s going to change.”

This month, Guitar Center partnered with Mötley Crüe for their “Guitar Center On Stage” contest, in which up-and-coming bands compete online to win the chance to be the opening act on Mötley Crüe’s 2009 tour, as well as a recording contract and $45,000 in cash and prizes. Bands register at makerockhistory.com, a microsite developed by FameCast, by uploading three audio tracks and one live performance video. Several thousand entries are expected.

Last year, country star Rascal Flatts tapped mobile marketing firm Mozes to grow their mobile list. On each stop of the 36-city tour, large digital screens urged concertgoers to text “RASCAL” to a short code to win giveaways from the band. Each fan that interacted was sent a text asking them to join the Rascal Flatts “mob” (mobile fan base) to receive exclusive offers and updates directly from the band. In five months, the band gathered more than 40,000 mob members. 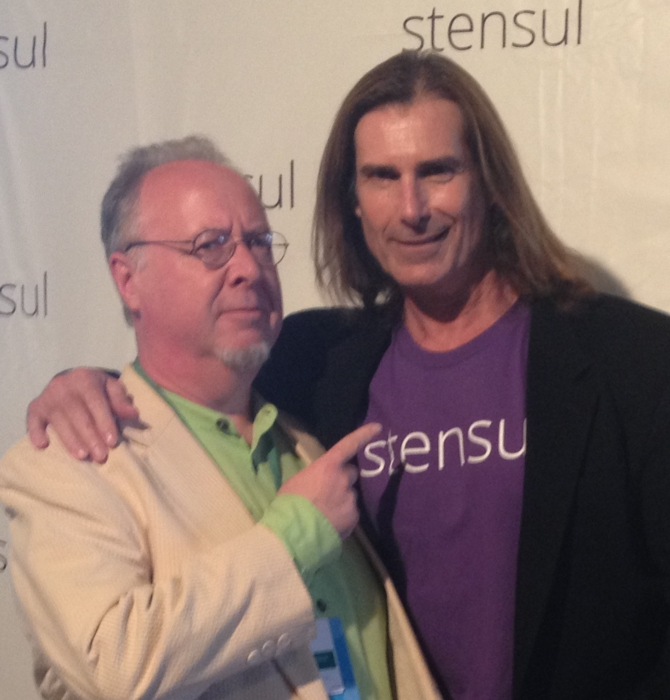 Betting on a Star: Why Marketing and Tech Conferences Caught the Celebrity Bug

“Everyone loves Fabio.” That’s what I was told by a Stensul representative in a packed bar in Atlanta…

There’s no question that search engine optimization is a field straddling science and art.  As competition to command…