Though the movie industry is experiencing a slump in ticket sales, Web sites of the summer's blockbuster movies are seeing boosts in traffic thanks to online advertising on major portals like Yahoo and MSN.

An online ad campaign on MSN Hotmail was the primary source of increased visits to the “Batman Begins” official movie Web site, according to clickstream data for June 18 from Internet monitoring service Hitwise, New York. An estimated 83 percent of visits June 18 to www.batmanbegins.com originated at www.hotmail.com versus 4 percent for the previous day.

Hitwise said the market share of visits to the “Batman Begins” site that day was 23 times higher than the site for “Star Wars: Episode III — Revenge of the Sith” at www.starwars.com/episode-iii. The “Star Wars” site was the No. 2 most visited site on June 18.

“Batman Begins” was the top-grossing movie for the weekend of June 17-19. The market share of visits to BatmanBegins.com grew by 2,753 percent on the first day of opening weekend, June 18, compared with the previous Saturday, June 11.

Also, searches on the words “batman” and “batman begins” rose 143 percent and 141 percent, respectively, for the week ending June 18 versus the previous week, Hitwise data showed.

Meanwhile, an ad campaign on MSN competitor Yahoo generated 57 percent of visits to the site of the movie “The Longest Yard” at www.longestyard.com. “The Longest Yard” was the No. 1 grossing movie on the weekend of May 27-29. Hitwise said the market share of the LongestYard.com on May 27 jumped 1,192 percent compared with the prior Friday.

Finally, the teen site at www.myspace.com generated 53 percent of the visits to the site of “The Sisterhood of the Traveling Pants.” Visits to the site at http://sisterhoodofthetravelingpants.warnerbros.com rose by 396 percent on June 3, versus the prior Friday. The movie opened June 1.

Here are the top movie sites by market share of category: 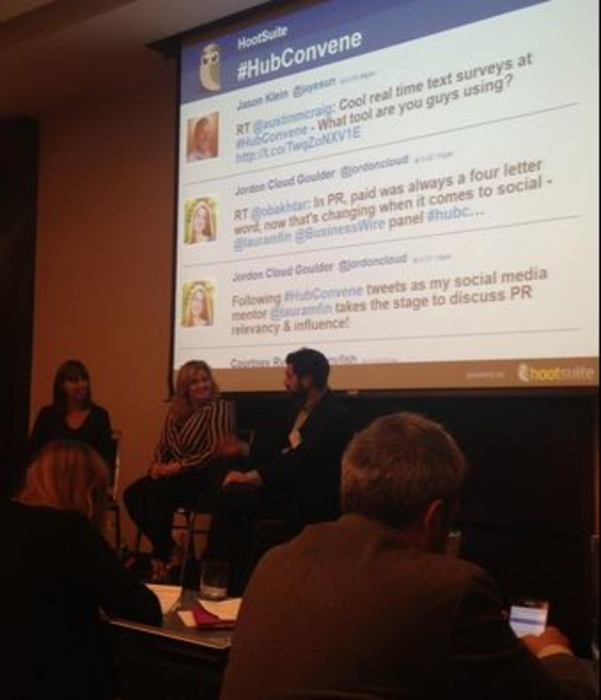 How PR and marketing can work together for social programming

At Hub Convene on Monday, Business Wire’s Serena Ehrlich hosted a panel discussion on the evolving role of…

Got online news? Would any publisher today dare admit not having an online newsletter? Or not being about…