I covered Acoustic’s coming out earlier this month. Because it’s very unusual for a “new” marketing cloud to enter the market with an established client base of some 3,500 brands, and with IBM Watson-caliber AI, I tuned into today’s webinar in which CEO Mark Simpson and SVP product management Jay Henderson painted in some of the details.

“Customer experience is where brands live and die,” said Simpson, but “most marketing departments are plagued by disjointed technology.” Even solutions owned by the same vendor don’t necessarily work well together. Indeed, he said, there are vendors out there that have just never properly integrated solutions they’ve built or acquired.

The customer is looking for experiences that are “simple to follow, that are rewarding, and that are personalized for every individual” —
but existing tecnnology is opposed to that. That’s the pain point Acoustic aims to resolve.

“What does departure from IBM mean about our AI? With Watson behind us, we’ve managed to make huge progress,” Simpson said. “We’re doubling down on our investment in AI. AI, to us, isn’t a buzzword. It can’t be an afterthought.” And Acoustic won’t be giving their AI “an impressive genius’s name.”

But is IBM Watson “behind” Acoustic in the sense of being history, or in the sense of being foundational? I asked about any continuing relationship. “We’ve been using Watson for years,” said Simpson, “and had a great start with AI because of IBM’s investment in Watson. We will continue to have a relationship with IBM. We have agreements between the two companies to continue using Watson — for example for image recognition, and other tasks for which it is well suited.

But there’s also: “(P)lenty of our own AI we’ve built outside of Watson” — for example, to tackle anomaly detection in campaign automation. ” We will continue to invest in having our own capabilities. Being a separate company, we also have the ability to look out into the broader market, in areas where we’ve noticed that good, specific AI capabilities are being built for marketing.”

Henderson spoke about future plans, with a strong focus on speed of development. “We have some pretty radical plans to invest in our solutions,” he said, the core areas for investment being AI, modern marketing offerings, and an open eco-system: “We will not be a walled garden.” Some enhancements will be seen almost immediately, others “will unfold over the next several quarters of releases.” Acoustic is headed towards a SaaS-first model of frequent releases.

AI is self-explanatory, but what does  it mean to talk about a “modern” marketing solution? Henderson listed the factors:

Acoustic Content (formerly Content Hub), built from the ground up within Acoustic, already has these features, said Henderson. “The rest of the portfolio is being reconfigured to align with this.” One thing customers will already see is “a unified, rebranded and streamlined UI.” Henderson was asked how Acoustic fits into the trending CDP space. “We’re not selling a separate CDP.” The value of a CDP can be seen, he said, when it’s integrated into operational systems. ” Do we have a centralized depository of customer profiles? Yes, absolutely.” Acoustic Exchange (formerly Universal Behavior Exchange) can also ingest and activate data from a wide variety of sources. “We’ve got all the building blocks [of a CDP], and you get those by purchasing one of our applications.”

Simpson was asked about the benefits of leaving IBM. Acoustic, he said, is “a smaller, more nimble organization,” a change that can improve the development velocity. The other benefit is a large infusion of investment. It’s been reported that new owners, private equity firm Centerbridge, intends to spend $10 to $20 million on Acoustic’s development roadmap.

While retailers continue to refine and upgrade their Web sites, have they made the buying experience easier for… 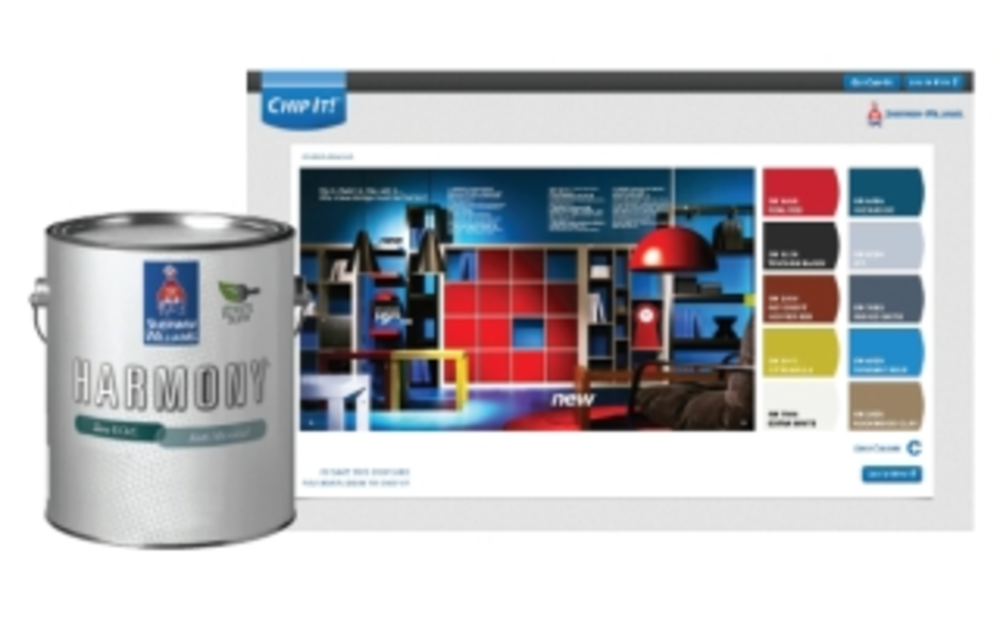 The Offer: For those on a color-matching quest, The Sherwin-Williams Company has created Chip It! (available at LetsChipIt.com),…