Sending one-way communications to consumers on mobile devices or optimizing a website for mobile is no longer good enough. Brands must now be able to optimize mobile channels in a way that enables consumers to make purchases, track pricing and comparison shop whenever and wherever they wish to in order to remain relevant. That includes mobile versions of websites, as well as custom mobile apps.

According to a February 2012 Consumer Electronics Association M-Commerce Forecast, 90% of consumers own a tablet, a smartphone or a cell phone. Of these consumers, 37% are engaging in some form of mobile commerce. On average, consumers spent $642 on mobile purchases in the past 12 months — a whopping $124 billion overall — the report revealed. The Internet spawned e-commerce, and in the past few years, the iPhone has spawned m-commerce.

In January, Staples said it would open an e-commerce innovation center in Massachusetts, designed to bring new ideas to market in m-commerce and social media, and in early February, the company launched a new website optimized for tablet browsing. Staples partners with technology vendors Skava on the tablet site, Expicient on the mobile apps and Usablenet on the mobile website.

The new M.Staples.com features a shopping cart that synchronizes in real time with a user’s Staples.com cart, a GPS-powered store locator, store inventory look-up and enhanced on-site search, including an auto-suggest feature. M.Staples.com is designed more for research, while the apps are meant to facilitate commerce, says Staples’ mobile strategist.

“Between a smartphone and a tablet, tablets are more transactional in nature,” says Prat Vemana, director of mobile strategy at Staples. “We brought out the convenience of reorders for the tablet redesign, [including] faster checkout and the ability to access rewards. We’ve optimized it for transactions. The mobile site is optimized for research.”

Walmart also uses its mobile site to enable product research and purchase preparation. The company launched its first mobile site and apps in 2010 and has since made several upgrades. Currently, the mobile site offers product details, customer ratings and reviews, and pricing information.

Walmart’s iPhone app enables consumers to add items to a shopping list by speaking, typing or scanning bar codes. Consumers can use the app to calculate total price in real time as specific items are added to mobile shopping lists, and they can find the in-store aisle location of products in select stores across the country.

“We’re at an exciting time of transformation, both for our customers and our business, as we move into the next generation of retail that integrates online, social, mobile and our physical stores,” says Paul Cousineau, VP of mobile products, Global E-commerce at Walmart. Although he would not reveal sales or traffic data, he says mobile apps drove “significant traffic” to Walmart.com during the holiday season in 2011, and many of the shoppers were customers that had never previously purchased on the site. Walmart launched its first iPad app last November.

Amazon.com is widely recognized as the inventor of the mobile commerce space. The online retailer built its first m-commerce site in 1999 and its first apps in 2008. The company uses a distinct approach for each mobile channel.

“It was important to include meaningful and familiar aspects of the Amazon experience [on mobile sites] like one-click purchasing, customer reviews and wish lists,” says Sam Hall, director of Amazon Mobile. “We also offer mobile applications tailored to specific devices to make the shopping experience faster and easier.”

Amazon has apps for the iPhone, Android phones, Kindle Fire, iPad, Blackberry and Windows Phone 7. Unlike mobile websites, apps enable consumers do things like access the device’s camera for barcode scanning and use voice input as an alternate search method, Hall says.

“We designed our Amazon mobile app so that a customer could both search for and find a particular item, and [then] buy it within a very short period of time,” Hall says. “This means the design had to be simple and ‘glance-able’ at first view, but still offer a path to more detailed product information.”

Not every brand goes out of its way to develop an original mobile site. Gavin Masters, e-commerce delivery manager at Hallmark, says his company’s m-commerce site is an optimized version of the company’s website. The retailer works with EPiServer, a content management company, to integrate their commerce platform across channels. While many industry experts bang the drum for a complete re-architecting of m-commerce sites, Masters says that can result in endlessly chasing new technology. “By the time we get around to re-architecting, the devices change,” he says. “Today’s mobile browsers are a lot more accommodating of standard sites than they have been.”

Hallmark instead focuses its resources on mobile apps. Masters says the company has “double-figure apps internationally [and] five or six in the U.S.” Hallmark’s Story Buddies app is designed for consumers that have already made a Hallmark purchase, in order to engender loyalty. The app features interactive stories and games designed to “enrich the [customer] experience.”

Although many retailers prefer differentiated approaches to how they develop and optimize mobile sites and apps, Michael Murray, CMO of e-commerce and online at Sears, says his company offers a seamless and uniform experience across all devices.

“Whether m-site or mobile apps, we’re really agnostic … We’re looking to make sure that the customer experience is continuous and integrated,” Murray says. “Mobile phone, PC, tablet, all of those expressions should be consistent and uniform to help that customer. It takes a lot of hard work to help the customer in that way, but it’s worth it.” He says Sears’ goal is integrating online with mobile and physical stores. “Mobile is a bright tile in that mosaic.”

While Sears optimizes its sites to offer similar experiences, it does acknowledge that consumers’ mobile device use differs from PC behavior. Since 2010, the retailer has enabled consumers to order an item on a mobile device and pick it up at a retail location within five minutes. Prior to the holiday season, Sears launched a similar policy for returns.

Craig Shields, VP of e-commerce at Jewelry Television, says his goal is to ensure a consistent experience across mobile and online devices.

“There’s a number of companies that have standalone, siloed solutions that can get to market fast, but there can be differences in inventory results, search results and shopping carts,” he says. “We wanted to provide a consistent experience so that the shopping cart online and on mobile is the same.”

“Consistency is important,” Shields explains. “Any customer with an iPhone probably hasn’t had one for more than two or three years. It’s still a new experience for shopping online. To interact and find that the online website and the mobile website aren’t the same is an unfriendly experience. Plus, internal costs, complications and inefficiencies [are an issue].”

Jewelry Television launched its m-commerce site and apps in 2010 and is in the process of developing an iPad app, which Shields expects to launch this summer.

Ken Mowry, SVP of digital marketing and customer engagement at Charming Shoppes, says his company focuses solely on the mobile site. The company does not have a mobile app and Mowry is skeptical about whether apps will ever play a major role in generating mobile transactions.

“We have not launched an app experience primarily over the concern over low adoption rate,” Mowry says. “There’s an [industry-wide] 70% drop-off after the initial app download. Unless you come up with a unique app experience, it’s a challenge to get customers to come back to it.”

Instead of spending valuable resources on an app that Mowry thinks consumers will download once and then discard, Charming Shoppes focuses on customizing its m-commerce experience on smartphones and tablets.

Charming Shoppes works with e-commerce platform provider Fry to optimize and tailor its various m-commerce offerings. It launched its first m-commerce site last year, and, in that time 10.5% of its e-commerce revenue has come through mobile, 7% of which came from tablet shoppers.

Sunglasses retailer EyeSave has also foregone the app route in favor of focusing on m-commerce sites. It works with e-commerce technology services provider Mercent to handle its data feed to third-party sites like Amazon. Mercent optimizes those feeds for the best mobile performance.

“We priced out some options for building [a mobile site] from the ground up and we thought, why don’t we try this [Mercent partnership] out and see if we’re doing well,” says EyeSave president Darren Lilien. “We have been getting sales through it.” He would not offer more concrete figures.

Several brands recently made or planned to make their first m-commerce investments within the past six months. PriceGrabber, which has dabbled in mobile apps, built its first mobile commerce site in November. Tim Fernholtz, senior product manager at PriceGrabber, says the new site is “everything on our [e-commerce] site, but basically in a mobile version.”

The mobile site, which was built in-house, is different than PriceGrabber’s e-commerce site in that it offers location-based features. The company also launched the DealGrabber app for iPhone in November, which enables consumers to view aggregated deals from daily deals companies.

PriceGrabber is working on technology that will enable consumers to discover more information about any product on the market by snapping a picture of the product on their mobile device and then submitting it to PriceGrabber. Fernholtz says the technology will be available for the holiday season.

Private sales site, Totsy.com, generates more than 20% of its traffic on its m-commerce site. However, the company recently began a two-to-three year mobile strategy that includes the March introduction of custom-made social- and community-based mobile apps for the iPhone, iPad and Android, says Christophe Garnier, cofounder, president and CMO of Totsy. The company is working with Diaspark to develop the apps, which Garnier says will enhance the company’s “shop and share” philosophy.

Reebok-owned The Rockport Co. launched its first m-commerce site two months ago. The footwear retailer built the site to be compatible and accessible across different devices to maintain a consistent user experience.

“We kept the layout simple, the navigation intuitive, [with] touch screen features and prioritization of content so our customers are not overwhelmed,” says Kimberly Correia Hunt, head of e-commerce at Rockport. “Growth rates in mobile usage, ownership, traffic and revenue is far outpacing the growth of desktop e-commerce sales.” 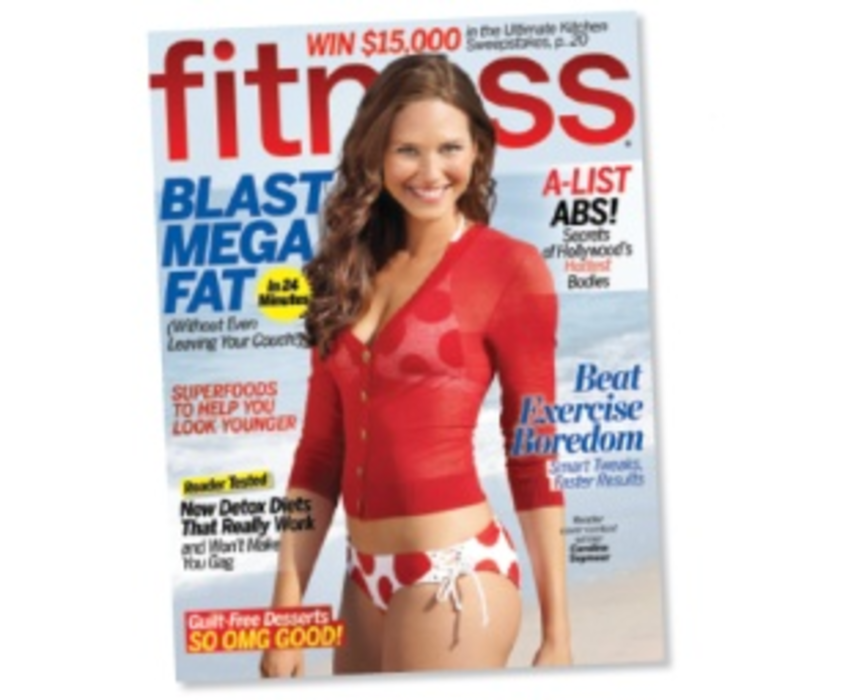 Getting to know your customer

When I first entered marketing, one of the things that appealed to me was gaining a better understanding…