With smartphones increasingly being used as consumers’ No. 1 access to the Internet, mobile is gaining sophistication as a viable marketing channel. With advanced technology and compelling advertising creative, marketing to on-the-go prospects seems to be fulfilling its early promise.

In particular, that’s seen in mobile advertising’s dramatic growth. By 2020, mobile ad expenditures are expected to have nabbed 65 percent of all Internet ad budgets, and 29 percent of spending across every advertising channel combined, according to a report by agency Zenith.

While the uses of mobile marketing are varied, several trends are emerging as particularly effective. These include the ability of mobile engagement to inform customer analytics, based on individuals’ movements and habits; mobile’s potential to offer a compelling and engaging customer experience; and as an alternate and more interesting content marketing channel.

Reaching customers where they are

The essence of mobile marketing is, of course, addressing customers and prospects where they are in space and time. This often has tended to be pretty unsophisticated—for example, locating mobile users who might be in front of a store or restaurant and serving them a coupon or offer.

This is rapidly giving way to mobile’s potent potential for customer intelligence gathering.

“Thinking that someone would be prompted to walk into a store and buy something just because they got an offer on their phone isn’t reality,” said Julie Bernard, CMO at mobile marketing company Verve Wireless. “The good news is that, with greater analytical sophistication, intelligence about where people are over time enables a greater richness of understanding about who that person is in real life. That helps match advertising to persons or similar groups.”

Bernard cited a Los Angeles-based client that had developed a film exploring aspects of spirituality, and needed to find an audience. Verve’s approach was straightforward: Its technology tracked mobile users who had visited churches, synagogues and other houses of worship over the prior year, and developed a prospect list based on that.

The use of retail offers does remain a mobile tactic at point of purchase, using smart packages and smart shelves to beam additional information or offers to hovering mobile users. However, an alternative channel may be even more compelling: social media.

By playing off the inherent entertainment value of mobile apps, which are particularly appealing to younger demographics, social is paving the way for mobile marketing to be effective in brand reinforcement.

The result: Available only for 24 hours during the spring of 2016, the lens app was used 14.4 million separate times, and reached half of all U.K. Snapchat users.

“The opportunity to create and promote branded lenses was a new and exciting development on the platform,” said Davison. “This gave us a unique way to engage our audience at scale, to leverage the power of consumer sharing, and to find a new way to communicate the cheeky irreverence of our brand.”

Augmented reality also may soon enhance the news reading experience. The New York Times recently announced a new AR function that will augment stories. Readers, the Times promises, will be able to see “an Olympic figure skater suspended at the peak of a quadruple jump,” or be able to add “a piece of sculpture to your bedroom, or a car to your driveway.”

AR also is being used to bring physical signage to life, overlaying additional digital images or video to create an enhanced customer experience.

“You might point your phone at a print ad at a subway or bus stop, for example, and play related video assets,” said Steve Curran, CEO of ROAR Augmented Realty. “And it’s not just a novelty; you can interact with the graphical information, launch a video link, download a white paper, or save something to your phone and share it.”

“For mobile to be effective today, the experience has to be amazing,” Bernard said. “The creative has to be memorable and magical.”

To be sure, there are caveats to mobile marketing. Perhaps the most damaging to the channel has been fraudulent ads, where the fraudster attempts to misdirect clicks and steal from advertising budgets. It can take many forms, such as generating false impressions by hiding phony ads in a single pixel or just out of view, thus triggering fraudulent clicks.

As a result, many brands are restricting their programmatic mobile advertising campaigns to private marketplaces, such as single publishers with multiple magazine or newspaper titles, and avoiding open programmatic ad exchanges, according to Bernard.

Even with its challenges, mobile marketing is making inroads in new areas, in particular as part of BtoB campaigns. For example, to drive interest on behalf of a large national fertilizer company, New York-based agency gyro

developed a mobile campaign to reach farmers, a group that traditionally may have been considered an unlikely mobile audience.

Gyro leveraged custom machine learning models to find those farmers who had the highest probability of engagement.

“We created an interactive rich media unit using video and a ‘See Trends in Your State’ call-to-action that ran in mobile display to drive engagement and build brand impact,” said Emily Guthrie, gyro vice president and media director. “In knowing the buyer’s journey, you need to know where to start. Obviously where to start is with awareness and the things people are interacting with daily,” Guthrie said.

Starting with the email technology stack, our friends at CabinetM allow you to click right through to see… 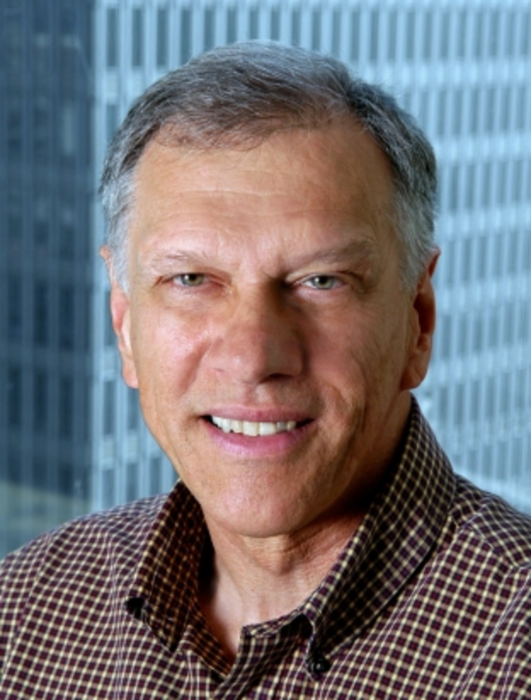 Acquiring a customer can be difficult and costly. For many marketers, it may not be a profitable proposition…

“As consumers work their way down the purchase funnel to the point of transaction, that’s our starting point.…