As a child of the 1980s and ’90s, I was firmly entrenched as a Nintendo fanboy. I wanted nothing to do with its rival console Sega Genesis. As far as I was concerned, Nintendo’s Mario Bros. would stomp all over the spikey blue head of Sega’s flagship Sonic the Hedgehog character. Since then, the landscape has changed. Nintendo dominates with its Wii, and Sega, always in Nintendo’s shadow, is now relegated to publishing and developing video games. The two other powerhouses in the mix are Sony‘s PlayStation 3 (PS3) and Microsoft‘s Xbox 360.

Nintendo has since distanced itself from its competitors with its motion-based control unit, significantly opening up its addressable market to people who wouldn’t normally be interested in video games, like the “Jazzercise” set, for instance. By contrast, both PS3 and Xbox 360 have traditionally been popular among the heavyduty gamer demographic: males ages 13 to 35. But this is changing, notes Kim and Wayne Pick, the husband-and-wife creative directors at RAPP‘s New York office.

“Xbox had its tradition as a serious gaming platform, but its Kinect system [a motion-based control system launched in 2010 that uses gesticulations as controls] had opened Xbox to becoming more of a family participation console and situated itself as a home technology that brings families together,” they wrote in an email.

Despite the diversification of Xbox’s target audience, our analysts say it does a significantly better job than PS3 of branding itself. “[Xbox 360] is trying to position itself more as a higher-end experience. This is a more sophisticated console,” says Adam Kleinberg, CEO and cofounder of Traction. “PS3 I don’t think has a message. It’s just games-games-games. Sony is traditionally known for being a disjointed brand and it’s really evident.”

Ken Fitzgerald, executive creative director at Catalyst, agrees: “If you look at PS3, they’re about their platform, their games. It’s not as focused on the variety of what they have.” This is puzzling, he says, because PS3 has a lot to offer, such as an excellent Blu-ray player, and its online community PlayStation Network is free; Xbox LIVE’s community requires a monthly subscription.

Fitzgerald says social media unites Xbox’s messaging. “Xbox holds it together better as far as look, tone, and feel in every channel,” he says, describing how, when he viewed the creative assets, the hit video game Call of Duty was featured consistently across its various social channels.

Traction’s Kleinberg didn’t see the Call of Duty ads, but he felt that Xbox’s social media efforts focus on community rather than on selling products. “Today on Twitter they have [San Francisco 49ers tight end] Vernon Davis commenting on how to ‘Kinect’ relevant sports,” he points out. “That’s really fresh.”

The Picks agree. PS3 has almost 9 million more Facebook likes than Xbox 360, but these are hollow calories: “[PS3’s Facebook page] didn’t have the engagement you would expect,” they wrote, noting that they added their own like to Xbox’s Facebook page. “We felt we were looking at a stream of advertising and announcements [on PS3’s page].”

“We had imagined a passionate Xbox following with forums as their hub,” the Picks wrote. “So, we’re surprised at how text-laden it is. Graphically, typographically, it doesn’t capture the tonality or feeling of Xbox, and we’re missing the great visuals. It doesn’t feel like a fan forum, it feels like a ‘solve your problem forum.’” They felt Xbox could “split the difference” between content-heavy text and graphics: Use visuals and headlines to engage, then links for additional content. PS3’s forum, they concede, is marginally better.

But Fitzgerald’s disagreement is sharp: Xbox, he argues, asks users to join a conversation and prompts them into action. “If you go to PS3 forums, it’s just a list of rooms where you can join in,” he argues. “It doesn’t feel as interactive.”

The contrast between PS3 and Xbox was most prominent on the brands’ respective websites. Across the board, analysts were unimpressed with PS3’s throw-everything-on-the-wall design aesthetic. “It’s a very dense, cluttered magazine-like format,” Kleinberg says.

This, Fitzgerald says, is a symptom of PS3’s sell-sell-sell philosophy, whereas Xbox seems to pay homage to its various games and feature-sets. Xbox’s website is simplistic and shallow, but effective, say the Picks. “The brand color comes through,” they explained in the email. “The use of green keeps it Xbox owned throughout and holds it together.” By contrast, they say that the PS3 website is haphazard. “The design is lead by whatever promotional games they have at the time rather than by the brand.”

As standalone creative assets, much of what PS3 had was on par with Xbox, though Kleinberg was hesitant about some of the print creative produced by Xbox.

“The one thing I didn’t like about Xbox, which is typical of Microsoft, is they use a lot of cheesy lifestyle photos,” he says. “‘Here’s the family! Here’s the teenaged boy!’ I’ve worked on the Microsoft account, they literally have names like ‘Digital Dad.’” For Kleinberg, print creative needs to reflect an aspirational lifestyle, and stock photos of happy families feel as if they’re offering labels—plug-in personalities like the “Fun Mom” or the “Happy Teen.”

That complaint notwithstanding, analysts agreed that Xbox was more expert at tying its creative assets together.

Both Fitzgerald and the Picks point out that even in banner ads centered around specific games, Xbox did a better job branding.

“They put their logo on as many boxes as they can,” Fitzgerald says “That’s their branding. You talk about cross-promotion and cross-sell, every banner for a game says, ‘Enjoy the experience even more with the Kinect sensor.’”

The Picks agree: “Given they are dealing with so many disparate titles, they do a pretty solid job of balancing their brand with some of the very powerful properties they are promoting (e.g., Call of Duty),” they say. PS3, by contrast, was simply not as consistent.

“PS3 is a strong franchise—it’s an extremely strong brand—but it’s more concentrated on product and games rather than the gamers and the games and the product,” Fitzgerald says.

And that, ultimately, is PS3’s problem. When asked how Sony could improve its overall marketing, Kleinberg is blunt: “I would say: Put together a friggin’ style guide,” he says. Something to keep in mind for both Microsoft and Sony—both of which are expected to release next-gen consoles by the end of 2013.

Individual creative assets for both consoles impressed our analysts. But PS3’s overall tenor is that of an overly aggressive car salesman pushing a great car at a good price. Xbox offers a community (even if that community seems composed of mostly foul-mouthed teen boys—as is the case with Xbox LIVE). While PS3 has shown great creativity in much of its advertising, as far as showing a clean, consistent and uniform message, it’s like Jackson Pollock had an off-day.

Meet the 40Under40 Honorees! Enrique Arbelaez, CIEN+ And Culturintel

Enrique Arbelaez, Co-Founder & CIO at CIEN+ And Culturintel says: I was always meant to be an entrepreneur,… 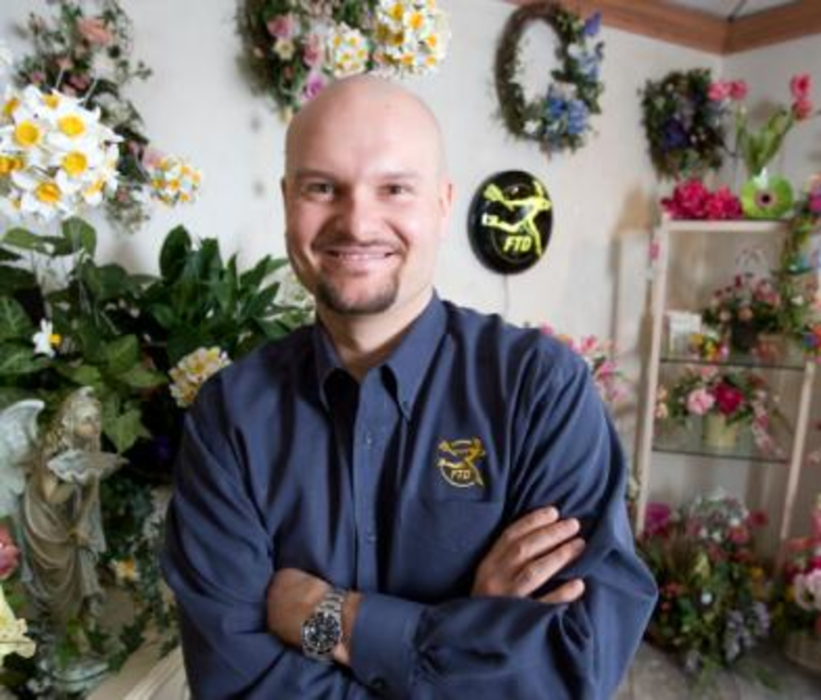 Since 1910, consumers have used FTD’s network of flo­rists to send flowers outside of their local area. Almost…

Is shipping given away too easily?

Free shipping can add appeal to a retailer’s overall offer; however, the incentive has become fairly common and…