Producers of New Zealand’s TVNZ’s drama series, Go Girls, wanted a cost-effective way to attract more viewers during the show’s second season to ensure a season three pick-up. Incorporating the plotlines of Go Girls, which usually revolve around who’s sleeping with who, AIM Proximity built a cheeky Virginity Map website where users could find intimate knowledge about the show’s characters and share some of their own. It was applauded by the Caples judges for being “right on brand” as well as for its use of Google Maps. Visitors to the Virginity Map are invited to place a virtual pin on the location of where they “lost theirs” and add a rating and commentary. More than 19,000 unique visitors have checked out the Virginity Map site, and 1,731 pins have been placed on the map. On-demand views of Go Girls on the TVNZ website increased by 70% in the two weeks following the Virginity Map launch, and production on Go Girls’ season three is to begin soon.

Samsung hired M&C Saatchi/Mark to develop a campaign that would bolster the launch of its Social Hub and demonstrate how the mobile application works. The agency created Mr. Knowitall, a fictional character who knows everything about everyone in his social circle thanks to the Samsung app that integrates all of a user’s social networks into one easy-to-use interface. To show how the Social Hub works, the agency featured a secondary social media timeline that unfolded along with the story and consisted of all the social media and messaging to which Mr. Knowitall was privy. The experiential online campaign also gave users the chance to star in the movie along with four Facebook friends by adding their names, profile photos and the music they liked, making it more personal. The Caples judges appreciated the campaign’s “good use of appropriate social media interaction” and “great production values.” The microsite has received more than 100,000 unique visitors since launch.

Coastguard New Zealand wanted to demonstrate the difficulties of saving a life at sea to the country’s citizens in order to increase donations by at least 20%. RappTribal in New Zealand organized a live rescue event, which involved the public in a mock search for four people stranded off the country’s coast. In addition, direct response ads sent viewers to liverescue.co.nz, a microsite that placed visitors in a search simulator and gave them the tools available to the Coastguard with the objective to locate the victims. The campaign demonstrated the difficulties that the Coastguard endures daily, with only 1.8% of participants able to locate the boat. Caples judges approved of the microsite’s immersive experience and “good integration of weather and time information to enhance the experience.” The campaign resulted in 2010 online donations that were nine times higher than the previous year and a 41% increase in overall donations, doubling the client’s goal.

HBO needed an online presence that surpassed any offered by other TV networks and encouraged people to connect deeper with the brand. BBDO New York developed HBOImagine.com/archive, an aesthetically pleasing way for users to explore and navigate HBO video content that kept with the network’s premium pedigree. The interactive site was part of a multichannel campaign that carried the brand concept, “It’s more than you imagined.” Hundreds of thousands visited the site and 70% of them recommended it to their friends through share functions.

Pop What You’re Not

Mercedes Benz Australia had been unable to get more than 8% of its Smart Car owners to respond to its post-purchase surveys. BBDO Proximity Melbourne launched the Pop What You’re Not online survey as a way for customers to develop a visual profile of who they are by popping bubbles that detailed who they aren’t. Survey responses increased to 29%, giving Mercedes Benz Australia information to assist repurchase and brand advocacy and establish meaningful customer relationships.

The Weight of Your Good Deeds

ING Direct wanted to promote a charitable cause during the holidays while also creating a stronger brand awareness. It teamed with OgilvyOne Spain to create an online campaign that set the goal of capturing “50 kilos of good deeds on the Internet.” Good deeds were collected via the website and fans could share the initiative and cause by e-mail or Facebook. The proceeds went to UNICEF, and the campaign led to 160,000 hits to the site and 5,000 new Facebook fans.

Nike wanted to use the Manny Pacquiao’s boxing match with Joshua Clottey to empower amateur Filipino athletes. OgilvyOne Worldwide launched the online “Train to Win” campaign to challenge them to do as many consecutive push-ups as they could and post videos of their sessions on the site. Nike awarded a raffle ticket to win exclusive Nike Pacquiao apparel for every push-up. In 10 days, the website tripled the page views of Nike’s previous Pacquiao campaign.

The Right Resolution Is on the Web

Getty Images wanted to spotlight its discounted web-optimized content to creative directors and art buyers in order to compete with stock photo agencies’ online services. Red Urban GmbH executed an offline-mailing to drive recipients to a microsite, featuring the strength of Getty Images’ online offerings. The campaign was teased on Getty Images brand website as well as via the company’s social media channels.

Rosetta launched its Snowday campaign in order to assert itself as a world-class interactive agency. The Snowday microsite combined facial recognition software and motion tracking algorithms to develop a game in which users attempt to “catch” snowflakes on their tongue and then can share pictures of themselves playing the game via Facebook. The game generated over 4,000 shared media links and garnered the agency more than half a dozen new requests for work.

Virgin Media wanted to raise awareness of its online content offering and increase brand engagement. Elvis Communications developed the Sofa Stadium online application to add a new social and experiential layer for football fans to interact while watching a match. The application’s beta launch averaged 17 minutes and 22 seconds of interaction time, with 93% of participants surveyed rating it positively.

Optus, Australia’s second largest telecommunications company, wanted to establish itself in the increasingly saturated telecom industry. The company decided to use an inspirational and positive message to convey its position. Agency M&C Saatchi/Mark created a microsite, drawing on research from the University of Queensland that concludes whales sing complex love songs to one another. The microsite featured an orchestra and a multidimensional whale and the tagline “When it comes to communication, anything is possible.” The site exceeded 135,000 visits, against a target of 72,000. Visitors spent an average of three minutes on the site, and 83% interacted with the whale.

Royal Mail wanted to show UK small businesses that direct mail is highly effective when used as part of an integrated campaign. Proximity London initiated a strategy to prove the channel’s efficacy by positioning Royal Mail as a potential business partner for small business, rather than just a means of transporting materials from one location to another. The “Growth” campaign had at its core a microsite consisting of 14 questions for small-business owners regarding growth strategies. Proximity’s database generated helpful advice, products and case studies customized to each respondent’s answers, and each respondent was sent a tailored direct mail package. Since October 2008, 270,000 visits to the site have resulted in a 50% conversion rate and a 25% referral rate.

In November, AT&T wanted to promote how easy it is to text on the Samsung Propel and Pantech Matrix phones to 16- to 24-year-olds. Atmosphere BBDO created a site allowing users to add their favorite text abbreviations and definitions to the Web. More than 720,000 unique visitors came to the site between November 3 and December 31. More than 28,000 definitions were added.

Commonwealth Bank partnered with agency BMF and Playstation 3, which was launching the LittleBigPlanet video game, to connect with teens and encourage more account deposits. Users who made a $10 deposit into their accounts during an eight-week period could create their own planet online. Users then voted on the best, and winners walked away with Playstation loot. The site was visited 76,515 times.

Also placed Gold in the Integrated and Interactive categories.

Corryvreckan – The Sea-quel: A Tale With a Twist
Agency
Story

Where Ronaldo will be 3 years from now
Agency
Proximity, Portugal

I am unique
Agency
Lowe Sydney

Marketing Technology by the Numbers

What’s the state of marketing technology today? How healthy is the space, and what solutions and tools are… 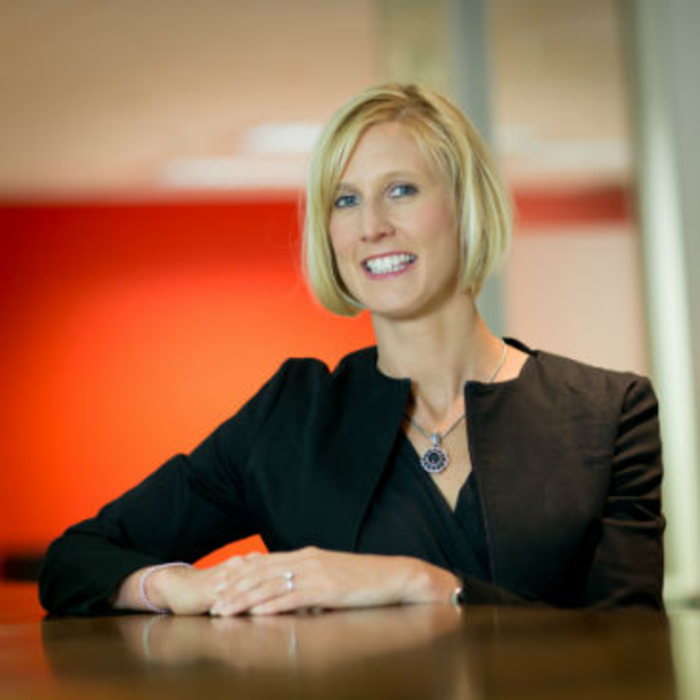 Where Is Global Marketing Going?

The more things change, the more they stay the same. This is certainly true with the new world…