Medium Is the Message in Tango Paper Effort

In looking to re-establish its brand, Tango Paper threw a lot of conventional marketing thinking out the window. It took a different look at how to develop a dialogue with its primary customers, medium and large commercial printers.

The integrated campaign that unfolded, including an important direct mail element, worked. It began with the premise that marketing paradigms are shifting. It was no longer about who owns the customer, because today it's the customer and the prospect who control the information and the communications. So Tango started with the understanding that interruptive monologues that tell people what to believe are obsolete.

We have seen conventional direct marketing methods and targeting improve greatly over the past decade. They have let communicators send more relevant, more customized messages to individuals. Yet the average response rate is still about 2 percent. Those improved methods simply balance out the overall resistance to a model that says business people will respond to interruptive messages if they are personal and relevant.

They don't. And increasingly, they won't. They don't have to do so to get the information to make decisions. That's not to say direct marketing is passé. It means that how we do direct communications must change.

That's why Mobium Creative Group worked with Tango on the direct marketing part of the integrated program to develop dialogues based on what customers and prospects value.

But what values? Tango had to truly understand its audience of commercial printers. Mobium's research found that when it came to Tango's coated paper stock, printers were not so concerned with increased productivity and increased profits. Their real concern was avoiding problems on the press and on their finished product.

Tango also learned that its audience was comfortable with the Internet and liked receiving samples from paper companies – if they weren't bombarded with a lot of long-winded messages.

Direct mail is a great way to maintain a dialogue with customers and prospects. So a series of cards was developed that leveraged the initial awareness and familiarity-building media in the integrated campaign. The cards themselves became Tango paper samples. Printers got a firsthand look at Tango's paper, how it looked in printed form and even how it went through the mail.

The messages drove readers to the Tango Web site where they could request samples and get a free Tango T-shirt. These contacts were passed on to Tango's paper merchants for follow-up. The dialogue, as they say, was afoot.

Additional mailings included free sample books and quick-hit informational cards to the secondary audience of paper merchants. This took them to Tango's merchant-only Web site, where dialogues really flourished. Blank versions of the postcards were created that paper merchants could use to start one-on-one dialogues with their printer customers. Even these cards tied in to the integrated branding program.

Printers really took to Tango. The overall communications program helped boost awareness of the brand 67 percent. Sales doubled in the first 18 months. In three years, Tango paper went from fifth in the market category to second. As for direct response, the trackable direct mail pieces each pulled a response rate of 32 percent to 40 percent. 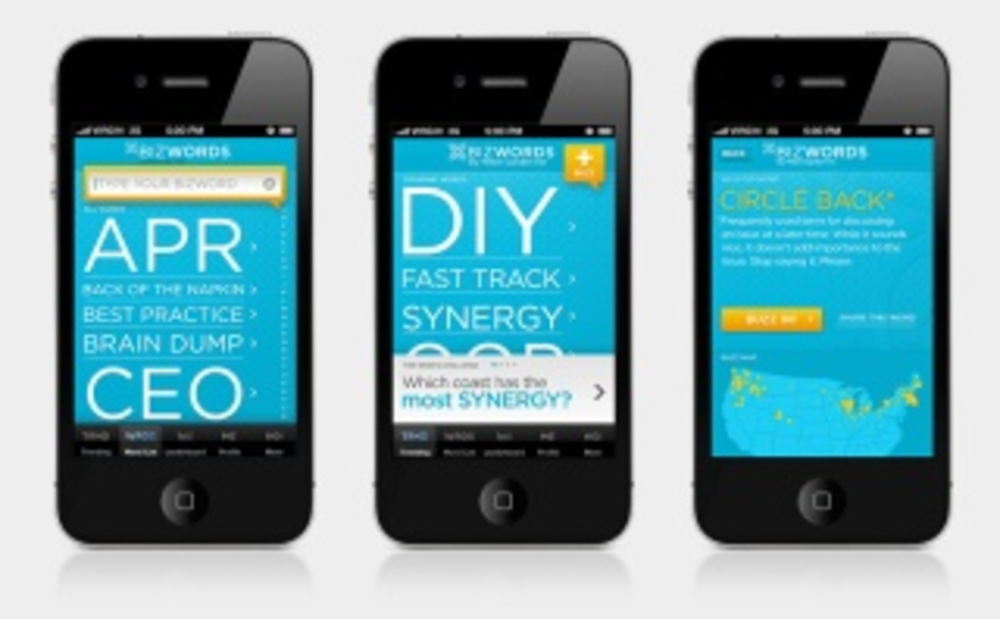 The Offer: The interactive BizWords iOS app was created by direct agency Organic for Hilton Garden Inn to…