McKinsey vs. The New York Times

McKinsey & Company is a well-known and respected management consulting firm with global operations. Business journalists frequently cite their studies. McKinsey’s marketing analysis offers deep dives into topics like omnichannel, pricing, prediction, and branding. But the firm’s reputation took a hit recently. And they found themselves pushing back against The New York Times.

The NYTimes reported that McKinsey has a possible conflict of interest, to the tune of $12.3B, because it operates a secretive hedge fund called MIO alongside its consulting practice. The reporting suggests that McKinsey could have a financial stake in outcomes stemming from its guidance.

Many hedge funds attribute their success to market data analysis, complex strategizing, and risk management techniques, increasingly with a strong AI component. But, of course, it becomes insider trading if those results really come from nonpublic information. As AI gets better and better, it can be hard to tell the difference.

The SEC has levelled insider trading charges against hedge funds in the past. The 2009 case against the Galleon Group is a prominent example. It involved two former McKinsey senior executives. The incident was perceived as a blemish on McKinsey’s reputation, and the firm responded with self-imposed rules and a culture shift, though some associates and partners were reportedly resistant to those changes.

Today, McKinsey is still thriving. It’s privy to high-level public and private strategizing across multiple territories and markets. The February 19th NYTimes article suggests that this access might influence hedge fund holdings, which are kept “concealed behind a tangle of shell companies in an island tax haven in the English Channel.”

McKinsey claims that it keeps the hedge fund managers separated from the consultants, by a self-imposed Chinese wall. When DMN requested clarification and comment, the firm referred us to two publicly released statements, located here and here.

Both statements link to an independent report by Luskin, Stern & Eisler LLP, which concluded that McKinsey complied with legal and contractual requirements. However, the report also noted that investments in Puerto Rico public debt could create the appearance of a potential conflict. The report said that although there is no express policy that prohibits MIO from investing in McKinsey’s consulting clients, MIO’s policies and procedures minimize the likelihood of conflicts and ensure that information does not leak between the consulting side and the investing side.

McKinsey’s statement said that MIO Partners, Inc. is a separate subsidiary, established 30 years ago, designed to manage the retirement and after-tax funds for roughly 30,000 current and former McKinsey employees. The statement characterizes the NYTimes reporting as “highly disingenuous” and “fundamentally misleading.”

In a Times Insider piece, reporters Walt Bogdanich and Michael Forsythe said that they felt intrigued by the firm’s influence and the confidential approach it takes towards clients and guidance. Characterizing the private company’s confidential and unregulated activities as a “lack of accountability,” the reporters noted that they felt beckoned to dig deeply.

Their reporting noted that other leading consulting companies do not operate hedge funds. For example, Bain & Company uses an outside manager, Vanguard, for employees’ 401(k) retirement accounts.

However, the absence of similar behavior by rivals, and the opaqueness of McKinsey’s operations, does not prove that there was any wrongdoing, as defined by the law.

MIO’s success also doesn’t necessarily suggest that information privileges were exploited. What’s the difference between knowing too much, and knowing how to effectively analyze what everybody knows? In a data-driven world, with increasingly sophisticated algorithms, success could be the consequence of good coding, not cheating.

That being said, there’s also a lot to dissect and to challenge in the McKinsey statements.

One part reads: “The article implies that MIO lacks transparency. Yet MIO is regulated by the U.S. Securities and Exchange Commission, and its London-based affiliate is regulated by the Financial Conduct Authority. MIO routinely files public disclosures that describe its structure and general investment strategy. In fact, it is these public disclosures which the journalists seem to have used to gather much of the information in their article.”

Obeying the law, or being subject to it, is different than being proactively transparent.

It’s possible that the NYTimes will follow up with additional discoveries. In the meantime, McKinsey seems eager to win the PR battle: upon researching this story, DMN noticed that the company bought Google Ads to ensure that their statement appears at the top of results when people investigate the topic.

Intelligent Glue for a Marketing Stack

In marketing technology, data leads to dollars, but only if you can understand the data. Many applications exist… 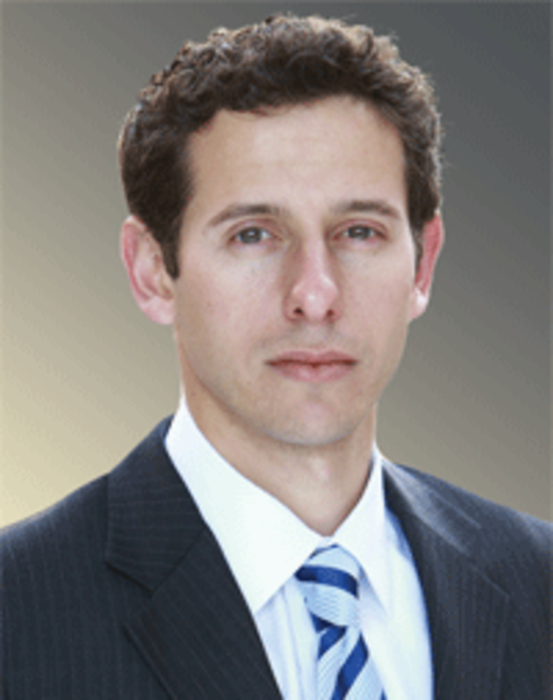 Eyal Gutentag, principal at BestBuyEyeGlasses.com, discusses a new strategy that is driving results from its recommendations engine. Q:…