Marketing Under the Influence of Music

June 12, 2015, started like many of my weekdays do: I woke up early, made some coffee, put on my headphones, and headed out for a quick run. After completing my morning ritual, I walked back into the house and paused the music on my phone to check my email. I saw the following note from our group manager Sarah.

She had sent the note to a small group of senior marketing leaders. Her idea was for an aggressive, leader-driven approach to advance gender equality within the company. I was highly impressed, but not surprised. Sarah is a remarkably thoughtful, intelligent, and bold individual.

But beyond the idea itself, I couldn’t stop thinking about the initial note that she sent from her phone. She wanted to send it to the executive group before she could start second guessing herself.  The words “chicken out” implied that the idea was provocative enough to cause at least a little discomfort and fear of failure—essential ingredients for any market-moving idea today.

Every company with its eyes open recognizes the need for an innovation pipeline. Given that need, a company is in serious trouble if its marketers—the creative heart of the organization—aren’t driving innovative ideas daily.

So, the question arises: What’s the recipe for creating ideas bold enough to make us a little nervous and plentiful enough to fill an innovation pipeline?  And after we come up with them, how do we make sure that our teams are courageous enough to share them?

The more I thought about the situation, the more I came back to one simple answer: music. Looking back at the most innovative ideas I’ve had throughout my own career, it occurred to me that every one of them came to me while I was listening to music. Whether combined with endorphins released during exercise, played during a car ride to work, or listened to during rare, uninterrupted work-time, if the music was pumping, then the ideas were flowing.

That’s the thing about music. I don’t know about you, but I rarely listen to a killer track and fantasize about going to meetings or building Excel grids. I imagine myself changing the world with unique, fearless, borderline-weird ideas. It’s not until the music stops that the second-guessing starts and the ideas get watered down.

I needed another data point. So, I reached out to Sarah. I asked her whether she’d been listening to music when she had the vision that she so bravely shared. The response I received (within minutes) was undeniable support for my theory and mirrored my thoughts. Music was her ideation fuel; it put her “in the zone.” She even shared multiple ideas that she had recently come up with in the exact same way.

Now, I know that two data points aren’t a significant sample size (maybe next time I’ll write about big data to protect my analytics cred). Still, I’m convinced that my theory works. I firmly believe that leaders, and marketing leaders in particular, need to make more room for their teams to ideate, and that ideation process should happen under the influence of music.

Granted, this might be easier in my company than in some others.  I work at a place that has jam rooms, lunch-time guitar lessons, and a “gig leave” policy. Nevertheless, leaders in any company can do it. So, cancel a few meetings, dust off your favorite mix-tape, and give your teams some room to think. Ask them to share what they come up with. No, demand that they share what they come up with. Thank them for their courage and build a culture where chickening out feels obsolete.

Frank Crowson is SVP and head of marketing for the Guitar Center brand, and is a huge believer in the power of music. He leads Guitar Center’s creative, digital, and brand marketing teams as they work to increase overall brand visibility and position the brand for future growth. Crowson joined Guitar Center from Target Corporation, where he held the position of VP of marketing and was responsible for its promotion strategy and weekly customer-facing communications. During his tenure at Target, Crowson helped build the brand’s marketing partnerships with prominent music artists such as Justin Timberlake, Taylor Swift, P!nk, and Adele. 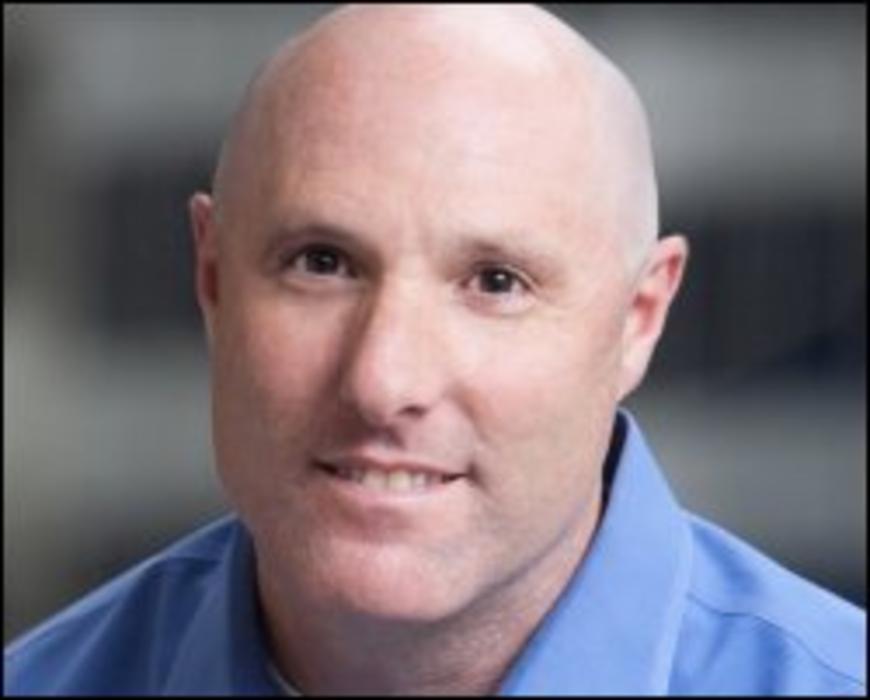