At this time last year the chief executives at direct and digital agencies and marketing services firms were just beginning to recover from staggering cuts to marketing budgets. The term of the day was “cautious optimism.” This year, as Direct Marketing News interviewed executives at dozens of the leading firms, the message we heard over and over again was “revenues are back.”

Although the Great Recession officially ended midway through 2009, its grip lingered in corporate America well into last year as the recovery was impacted by double-digit unemployment rates. Yet, with customer acquisition and retention at its core, many direct marketing firms survived the recession without a significant dip in revenues and even spent the last year acquiring new talent and capabilities, positioning to emerge as stronger competitors in 2011.?

“Everything that we do tends to be data driven and tends to have some sort of technology underpinning to it and is governed by analytics,” notes Bryan Kennedy, CEO and president of Epsilon, a database and direct marketing shop based in Irving, Texas. “It means there’s a sort of stickiness we have with our clients and there’s a measurability that drives their long-term decisions around retaining us, and that gives us an ability to endure significant changes in the economic cycle.” ?

Epsilon’s 2010 global revenues grew 19% compared with the prior year. The firm projects that it will nearly double its revenues by the end of 2011 from $613.4 million to $1 billion, in part through acquisitions.?

Digitally focused firms also saw clients look to them for their expertise in a channel that is not only cheaper than general advertising, but also growing in popularity beside consumer preferences. Rosetta, an agency with revenues in excess of $200 million and a background in e-commerce, has been making itself over as a go-to digital firm. It experienced 21% organic growth in the last year. “2011 is off to an even faster start,” says Chris Kuenne, founder and CEO of Rosetta, which at press time had agreed to be acquired by Publicis Groupe.?

Andrew Robertson, CEO and president of BBDO Worldwide, echoes those sentiments, noting that “anything digital has been growing.” A look at year-end revenues from the leading global marketing and advertising holding companies shows that growth is the common denominator among them, though not necessarily double digits. Omnicom Group’s revenues were up 7% year-over-year; WPP’s increased 6% in US reportable dollars; Publicis Groupe’s rose a whopping 20%; and Interpublic Group’s jumped 8%. (See below.)?

Entering the first quarter of 2011, WPP specifically praised its Wunderman and OgilvyOne Worldwide networks for driving “strong growth” in its branding and identity, healthcare and specialist communications division. A WPP chart that contrasts organic growth rates for its various divisions shows that in the second quarter of 2009, when revenues in other disciplines, including advertising, media buying and PR plummeted, the sector holding CRM and direct marketing shops actually spiked, proving what many direct marketing executives have said all along: marketers are unwilling to cut programs that are measureable and tied directly to customer acquisition and retention.?

Entering 2011, clients are spending more in all marketing disciplines. Publicis Groupe CEO Maurice Levy sounded practically giddy in his statement preceding the holding company’s first quarter earnings: “Publicis Groupe’s excellent 2010 annual results have put an end to the impact of the global financial crisis, and the Groupe has emerged from this difficult context considerably stronger,” he said.

John Wren, president and CEO of Omnicom Group, opened the letter in his 2010 annual report to shareholders this way: “In 2010, clients around the world returned to investing in their expansion.”?

Still, the champagne remains corked and the cigars stowed away just now as the world’s fragile psyche continues to recover from the shock that wiped out the financial systems of countries and took down once mighty Wall Street titans like Lehman Brothers. The economies of countries such as Ireland continue to flounder while recent tragic natural disasters and political unrest have impacted important economies in Japan and the Middle East.?

Bob Horvath, the global CEO of Omnicom’s Rapp, one of the country’s top direct marketing firms, says although his firm experienced “double-digit” growth last year, many corporations remain conservative in their marketing spending. “They’re talking more about spending more, but it’s still taking longer to get something done, and they’re still cautious,” he says. “Once they start seeing competitors spend more, that’s where we gain momentum.” ?

The new business pipeline is stronger now than it was at this time last year, adds Robertson, though he too sounds a cautious note. “My optimism is tempered by the fact that things could still turn, but generally, I’d say we’re looking at steady growth on a global basis and in most markets across 2011,” he says.?

To be sure, not all direct shops sprinted out of the recession. Harte-Hanks‘ revenues remained flat in 2010, and it entered 2011 with Larry Franklin, the company’s chairman, CEO and president, commenting that “Q1 was challenging.” Franklin pointed out that direct marketing “had good revenue growth,” while its Shoppers division, which includes the PennySaver classifieds, dragged earnings down. The Baltimore, Md.-based company also operates The Agency Inside Harte-Hanks and digital agency Mason Zimbler. Other exceptions were companies whose fiscal years ended earlier in 2010, such as Experian Marketing Services, which experienced an 8% decline.?

Creative agencies continue to transition more toward digital channels to ensure future revenues, reducing reliance particularly on direct mail and other print products. Horvath says that where direct mail made up 60% of its business five years ago, it’s now closer to 15%. “The drop has been consistently happening,” he says. “It’s quite a dramatic change.”

“A second trend is clients moving from TV and broadcast to two-way communication and using digital platforms,” says Daniel Morel, CEO and president of Wunderman. “That will go on for years, and that helped us in 2010, when we saw an acceleration of it.”?

While direct marketing firms with creative services at their core understood this transition earlier, the last year demonstrated that marketing services firms are headed in the same direction. Merkle, at one time a traditional database/CRM firm, created a social marketing practice and acquired a search firm in the last year. Infogroup, once the list and database gorilla of direct marketing, is in the midst of a company rebranding that highlights its integrated offerings, and Epsilon, better known for its loyalty and data management, acquired one of the industry’s largest independent creative firms, Aspen Marketing Services. Acxiom has been busy snatching up digital firms overseas in places like Brazil and New Zealand. ?

The Direct Marketing Standings 2011 show the extent of this “blurring” where the definition of direct marketing can now be applied to a number of agencies and firms. ?

Consolidation among agencies can benefit some. “During periods of recession, clients tend to concentrate their investment with the largest player,” asserts Morel, whose firm has half of its revenues concentrated in the US. “They don’t have time to guess around with secondary agencies and small groups.” ?

Consumers’ growing attachment to connected devices and conducting life on the go via mobile will continue to fuel marketers’ — and thus agencies’ — priorities into the next year as well. “Clients are saying, I need a standard way that my brands show up across these connected devices, smartphones and tablets,” says Kuenne.?

“There will be a lot of ground lost and gained by agencies,” adds Horvath. “I think there are going to be some big winners and losers.” 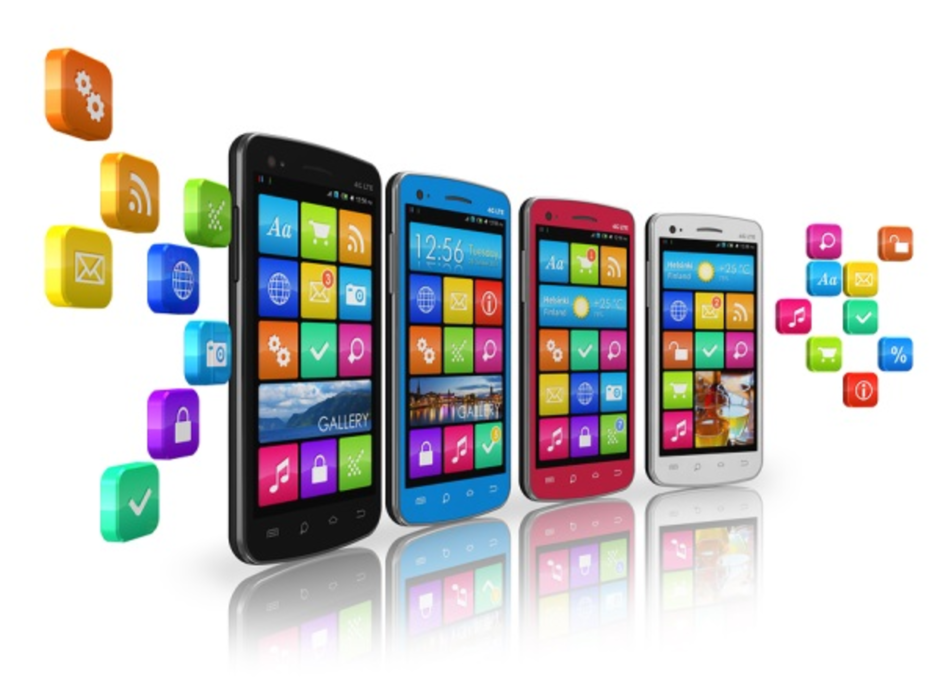 The New Frontier of Mobile Marketing

These days there’s a continuing debate about how to grab people’s attention on social media. Inspiring quotes and… 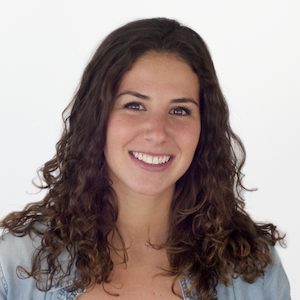 Elizabeth Ray, Senior Director of Client Experience at Movable Ink says: My background in the arts and my… 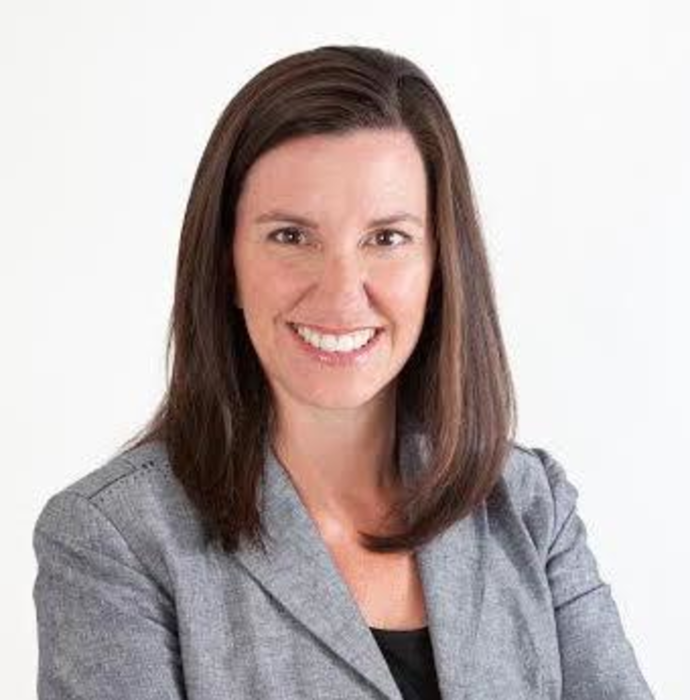