Make magazine targets nerds and hipsters..does that make them nerdsters?

Last night, on the not-so-anonymous urging of a PR company that represents Make magazine, I went to “Handmade Music” at Etsy Labs in downtown Brooklyn.

It was the second such event hosted by Make (www.makezine.com), Create Digital Music and Etsy, a craft collective with which Make shares a loft-like spaceon Gold Street. On handmade music night, super-nerds, artists, and the edgy, in-the-know, 20-something crowd converge on the Etsy labs, drawn by promises of newly-invented instruments, techno music, and free pizza.

What is “Handmade Music?” Instruments played and displayed at the show included:

– A Monome: an instrument that works with xylophone samples and a Max/MSP patch (note the Macbook to the side).

– And a host of other wacky, beeping, blurping things, mostly made from household objects and electronics

Although it seemed a bit exclusive (the hipster-to-non ratio was rather high), I thought it was an interesting and entertaining way to spread brand awareness. I had never heard of Make before, but I had to crawl over a table piled high with issues to get to the pizza. I picked one up. It looks great, and it promotes itself as a “mook” – or magazine/ book — meaning it’s satisfyingly thick.

Teaming up with partners like Etsy and CDM was a smart move, too. Make’s Web site admits that its readership consists primarily of middle-aged men, but the Etsy and CDM crowds seemed to skew younger. And, because it’s primarily focused on crafts (spools of thread, half-sewn outfits and hand-painted postcards adorned the walls), Etsy probably brings in a more female crowd.

And then there was the music. Sure, I may not rock out to Super Mario Brothers-style sound effects whil cruising down the highway, but the combination of inventiveness, weirdness and purely joyful sound can do a lot to bring people together (and make them want to buy your magazine).

Make magazine is a fat quarterly dedicated to the arts of the do-it-yourself tech nerd. The issue that i picked up last night featured articles on everything enjoyed by geeky dads and NASA staffers on their downtime – from building your own travelling movie projector (it involves an adult tricycle), to air guns that can shoot a pumpkin close to a mile (www.punkinchunkin.com — it’s real!) to giant tesla coil lightning sculptures. And don’t worry, before reading, I didn’t know what a tesla coil was either. 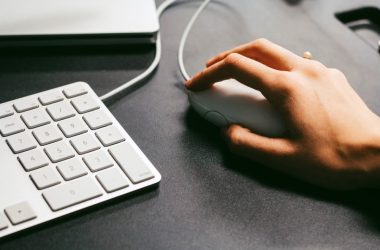 The eTail show content has been strong this year, one of the best coming from Tony Hsieh, CEO…

‘Tis the season to leverage the amped up presidential election coverage. We are seeing increased examples of companies…