Mailers Prepare to Turn Down the Volume

Ever since the Postal Reform Act of 2014 (PRA) was introduced last August, the promise of survival for the Postal Service and predictable rates for mailers has become more and more elusive.

During a markup session of the bill in the Senate Homeland Security & Governmental Affairs Committee in February, Sen. Carl Levin (D-MI) asked for an amendment that would ensure six-day mail delivery until at least Q4 2017. The PRA contains a clause that allows the Postal Service to eliminate Saturday delivery once total mail volume drops below 140 billion pieces over four consecutive quarters; the Postal Service’s five-year business plan projects that to happen sometime in 2017.

Levin wanted a hedge on the eventuality that—given the recent 5.9% boost in postal rates—volume could drop off even more precipitously than USPS predicts, and committee Ranking Member Tom Coburn (R-OK) was more than happy to allow Levin’s amendment. Not because he shared Levin’s caution about sustainable mail volumes, but because he’s convinced that mail volumes may not drop that low, even though he coauthored a bill that would bake the recent 4.3% exigency increase into the rate baseline in perpetuity.

“Hopefully, we’re not going to get to 140 billion pieces of mail. That’s the whole goal,” Coburn said in acceding to Levin’s request.

Coburn and committee chairman Sen. Tom Carper (D-DE) had just succeeded in derailing Sen. Tammy Baldwin’s (D-WI) amendment to remove permanent exigency and free-reign USPS pricing from the bill. He and committee members such as Baldwin’s Wisconsin colleague Ron Johnson felt that free-market pressures would suffice to keep the postal monopoly in line. In an earlier hearing, challenged by the Direct Marketing Association’s then-governmental affairs chief, Jerry Cerasale, about awarding pricing authority to USPS, Coburn shot back, “Would not cogent members of the [Postal Board of Governors] be sensitive to not losing that volume?”

Mailers and catalogers, reeling from the jolt that the 5.9% rate increase has dealt their businesses, are about to test the depth of the Postal Service’s sensitivity. Because the Postal Regulatory Commission’s (PRC) approval of the exigent increase last Christmas Eve greeted them like a stickup man in a parking lot, direct mailers were unable to substantially alter mailings they had already printed and scheduled for the first quarter of 2014. It’s possible, then, that standard mail volumes may drop only slightly as the PRA maneuvers its way to the Senate floor in the coming months, and if the bill passes as it stands based on those volumes, the passage may prove premature. According to mailers, it won’t be until this year’s fourth quarter that the Postal Service will begin to pay the wages of exigency.

Angelo Anagnostopoulos, VP of postal affairs for GrayHair Software, is a member of the Mailer’s Technical Advisory Committee (MTAC), an organization of mail industry stakeholders that convenes at Postal Headquarters on a quarterly basis to discuss technical issues. After exigency was passed, Anagnostopoulos took a poll of fellow MTAC members, asking them to estimate the level of mail volume declines they envisioned as a result of the price increase. Responses ranged from 8 to 15%, with 10% being the average, a far cry from the 3% figured into the Postal Service’s five-year plan.

“When I asked them if they were planning to drop volumes immediately, most said not now, but in the fourth quarter,” Anagnostopoulos says. “The Postal Service agrees with the [Office of the Inspector General of the USPS’s] report that there’s no elasticity in mail and they’re tending to believe that the industry will maintain volumes, but a lot of our customers are accelerating efforts to move into email and other digital methods.

Mailers are particularly frustrated by the quandary they find themselves in. They feel spurned by the Postal Service. Talk to a large cataloger or mail-order business and you’re sure to hear, “The Post Office is our most important business partner.”

But that partner is a government monopoly that has nearly half a million employees and four unions to appease, a $15 billion unpaid healthcare bill from the U.S. Treasury, and a Universal Service Obligation to visit every door in every state. Now it has legislators who—while not presenting the USPS with a workable alternative to funding 75 years of retiree healthcare in the current decade—want to arm the Postal Service with free-market pricing powers to draw more revenue from the “captive customers” of its market dominant products like Standard Mail.

“We have a joke that the Post Office is trying to put us out of business,” says Phil Penny, COO of Belvoir Media Group, a publisher that relies on the mail for marketing, as well as for the delivery of its special interest magazines and newsletters. “Postage is our single largest expense item, and the only one over which we have no control. I can point to any other line item on my balance sheet and there’s a supplier who we can come to some agreement with. But every time the postal rates go up, we just mail less.”

As PRC chairman Ruth Goldway set down in a letter to Levin opposing Carper and Coburn’s substitute for the Baldwin Amendment, the Postal Service reigns over two statutory monopolies: the carriage of letters and the mailbox. Marketers who need access to doors can’t go anywhere else but the USPS to get their jobs done.

“You can’t do traditional direct mail marketing through UPS and FedEx,” says Brian Kurtz, EVP of Boardroom Inc., a publisher that relies almost exclusively on direct mail for prospecting. “With us, lists are going to get pulled out left and right because of this increase. I can tell you that people who work in an ROI environment are saying that a 6% rate increase will end up reducing their mailings anywhere from 10 to 12%. The numbers that the PRC used in approving the increase are just the wrong numbers. I think their math is way off.”

One of the factors postal authorities apparently left out of their equation was the diminishing rate base that will result from shrinking prospect and customer lists. AmeriMark, a general merchandise retailer that has significant online and catalog businesses, estimates that its orders will decline by 6% in 2014 and 2015, resulting in a 7.8% decrease in the package and mail fees it pays to USPS in year two of exigency (see “One Cataloger’s Dim Prospects for Mail Volumes”).

“Based on conversations with our clients, catalog prospect mailings will see the most significant volume decrease,” says Joe Schick, director of postal affairs for Quad/Graphics. “Some of our clients say they’ll continue to mail catalogs to their existing customers, but they won’t mail as much to prospects, which will impact their short-term growth. We likely won’t see the impact of the postal rate increase until Q3 or Q4 of this year because many clients are already executing their marketing plans now.”

To mail another day

In 2013 catalog titles in the U.S. numbered just over 9,000, according to estimates from the American Catalog Mailers Association. But there were more than 16,000 titles in 2006, before catalogers were hit with postal rate hikes as high as 20%. Businesses are likely to be shuttered due to the current rate situation, and the death toll could be high if Congress makes the 4.3% exigent increase permanent. “I don’t see any way the exigent rate cannot continue,” Levin mused during the last committee session. “I don’t know any government rate that has been reduced.”

Consultants and suppliers urge catalogers and mailers to immediately seek out efficiencies that will make their smaller mailings produce greater ROI. “While the rate increase will negatively impact mail volumes, the size of the impact remains to be seen. A lot will depend on the implementation of innovative, cost-effective solutions such as commingling and co-mailing,” Schick says. “Mailers need to take advantage of tools that ensure them healthy lists and customized mailing plans.”

GrayHair’s Anagnostopoulos agrees that commingling, co-palletization, and co-mailing can dramatically offset the ill effects of the rate hike. He also thinks that it’s imperative for marketers to scrub their lists to improve address quality and to track their mailings. “If you find that you get a bigger lift on mail that reaches people on Mondays versus Thursdays, you can tweak the delivery of your mailings to mitigate costs and improve ROI,” he says.

“Digital diversion” is the alliterative ailment most singled out for the Postal Service’s weakened condition, but paradoxically, increased adoption of digital marketing methods is just the elixir to bring roses to mailers’ cheeks, asserts Bruce Biegel, senior managing partner of Winterberry Group. “Catalog prospecting is certainly the most predictable method, so finding a predictable alternative is going to be a challenge [for direct mailers],” Biegel says. “On the Web [a marketer is] going to look at acquisition email, affiliate display, and search. The combination of search and display is what makes affiliate marketing work.”

Conceptually, Biegel says, this shouldn’t be a stretch for direct mailers. “In the digital advertiser’s mind, data’s a four-year-old thing. In our world, data’s been around for 30 years,” he says. “The digital world needs more standards around viewablity and digital governance, but in the next two years we should see some significant progress in this area. We’re comfortable that the accuracy is something that can be tested in the offline world.”

A less technological substitute that’s likely to find more favor in the short run is cheaper, alternative mail formats. “In the past, when we tested smaller formats, we didn’t get the same response rate,” Boardroom’s Kurtz says, “but now we’re going to be more aggressive testing bookalogs and number 10s just to get some more names in the mail.”

Regarding the blending of online and offline methods, Kurtz teaches direct marketing courses and seminars and says he has won over more than a few digital marketers to the appreciably higher response rates logged by direct mail. But he foresees a possible ironic outcome of skyrocketing postal rates. “I have a passionate plea for the postal authorities,” he beseeches. “Don’t kill direct mail for the next generation of marketers.” 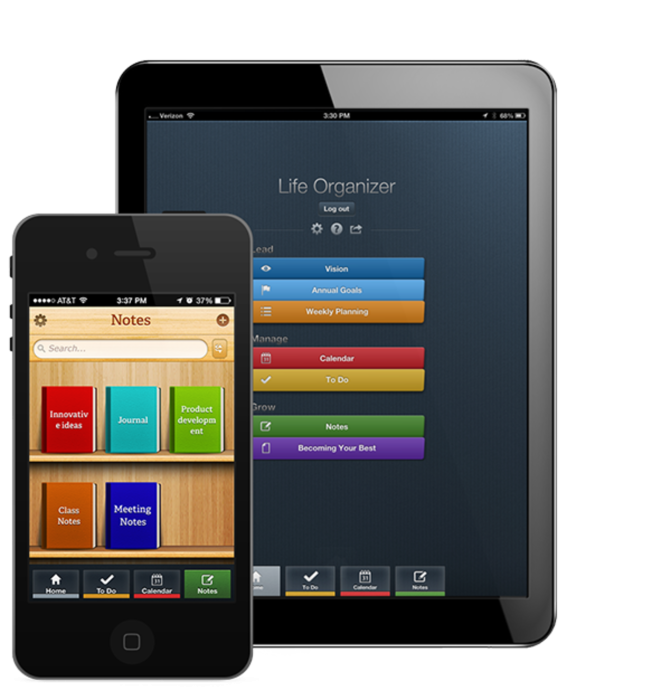 App of the Week: Life Organizer

Last year Vail Resorts tapped iCrossing to develop and launch Snow.com, which serves as an entry point for…

With the Super Bowl gearing up, all the traditional virtues of big-screen offline TV watching will be on…