The U.S. Postal Service's next rate case, likely to be filed around this time next year, could be in the double digits without congressional action, mailers learned last week at the National Postal Forum in Kansas City.

Deputy postmaster general John Nolan caused a stir at the forum when, speaking at a breakfast before 65 mailers, he said that a double-digit rate increase could be in place by the end of 2005. The statement appeared to contradict postmaster general John Potter's promise that no rate increase would be implemented before 2006, and the USPS acted quickly to correct Nolan and affirm Potter's guarantee.

Nolan apparently mistakenly said that Potter's promise referred to fiscal year 2006, which includes the end of calendar year 2005, sources in the mail industry said. He later said that he misspoke. Nolan's statement spread swiftly through the forum and then to industry members nationwide who weren't in attendance.

“Everyone sort of breathed a sigh of relief when the correction came out,” said Bob McLean, executive director of the Mailers Council, who was not at the forum but heard about the incident soon after it transpired.

However, the USPS did not retract Nolan's reference to a double-digit rate increase. Mailers saw Nolan's warning as a message that their help was needed to encourage Congress to take action to improve the postal service's financial situation, said Neal Denton, executive director of the Alliance of Nonprofit Mailers. Nolan's speech may serve to motivate the mail industry to begin agitating Congress to make needed changes, he said.

“His candid and open discussion at that breakfast may have been the biggest news item at the forum,” said Denton, who was in attendance. “It galvanized people in the room.”

One issue is the Civil Service Retirement System legislation passed this year. The legislation saved the USPS billions of dollars, but after next year savings will be placed in an escrow account unless Congress releases the funds to the postal service.

The legislation also required the USPS to pay for the military retirement benefits of postal employees who are military veterans. The mail industry needs to press Congress on both issues, Denton said.

“He's right,” Denton said of Nolan's warning. “Mailers need to make sure that the escrow fund and savings from that bill are freed, or else next year the rate case will be dramatic.”

The USPS, Treasury Department and Office of Personnel Management are to submit reports to the president, Congress and General Accounting Office on Sept. 30 giving recommendations concerning the postal service and CSRS reform.

Mail volume also will be a factor in the size of the rate case, and mailers will look to the holiday season for an indication of what volumes will be like next year, McLean said. An upward trend would bring a smaller rate case, but a downward trend boosts the likelihood of a drastic increase.

Another factor affecting rates is the continuation of improvements to postal service efficiency, such as a system-wide examination of postal delivery routes, McLean said. Though such examinations have been haphazard among urban delivery routes, a review in Houston last year led to the elimination of 300 routes, he said.

The CSRS debate may add impetus for supporters of postal reform, Denton said. The Senate Governmental Affairs Committee held a hearing Sept. 17 on the recommendations of the presidential reform commission, and the House Government Reform Committee plans to take up the matter in early October.

Sen. Susan Collins, R-ME, chairwoman of the Senate committee, said at the end of the last hearing that she expects to have a follow-up hearing in November. Potter and a GAO representative are expected to testify.

Uncertainty exists over whether Congress will implement piecemeal reform or an omnibus reform package bill. The White House supports comprehensive reform, and as long as its support remains, Congress likely will follow, McLean said.

Another looming issue that may spur reform is the postal service's liability for retiree healthcare benefits, McLean said. This liability is now estimated at $48 billion, but a GAO report expected within 60 days could show it to be significantly higher. 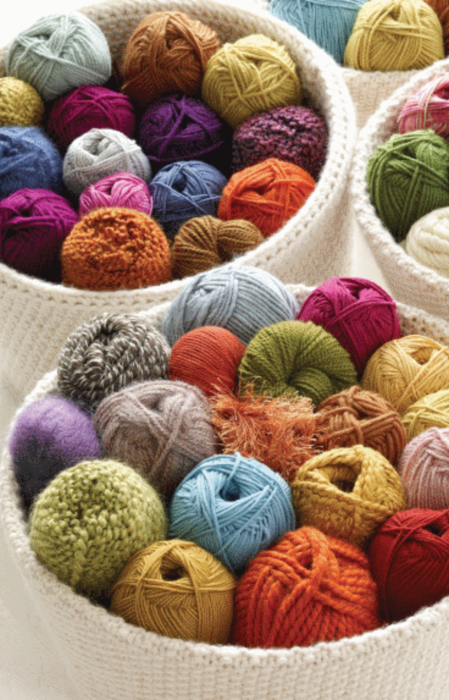 The layout of Lion Brand Yarn Studio, the retail outlet for the eponymous yarn crafting company, is indicative…

Online Exclusive: Clinton — U.S. Is Not Setting a Good Example