That’s the precise guidance Kim Butler, VP of marketing and communications for the Greater Fort Lauderdale Conventions & Visitors Bureau (GFL CVB), gives to its agency of record, Starmark, and its partners when it comes to conceiving and executing its marketing programs. Big as in attention-getting and hug-inspiring. Big as in logistically challenging. Big as in results-generating.

“When you work with smart, energetic, creative people, you realize that the only limit is your imagination,” Butler says. “I give a lot of credit to our agency Starmark and to LP Media. It was their tenacity that actually put this together.”

LP Media, an interactive and media consulting firm that works with Starmark, conceived the bus-station broadcast idea. LP Media Director of Media Services Frank Linero credits another partner firm, Vista Worldlink, with providing the critical satellite and streaming technology that underpinned the promotion. The number of external partners involved in the program reflects the highly complex logistics and technical support needed to pull it off.

The consumer-activation event, which is best experienced via viewing (see below), stunned commuters in the bus shelters when Mr. Sunny appeared live on screen and, interrupting the standard promotional programming, and suddenly started talking directly to them (e.g., “Hello, you in the green coat and blue gloves!”). GFL CVB gave away six free beach vacations during each of these four live activations. All commuters who interacted with Mr. Sunny received free Hello Sunny beach swag, and GFL CVB street teams descended on the bus shelters to engage the commuters and the crowds that gathered as trip-winning commuters celebrated.

“There is no substitute for being there and seeing the surprise and delight of someone who gets engaged,” Butler says. “People hugged us.”

There were similarly heartening quantifiable benefits. A video clip of one of the Chicago activation exchanges has so far generated nearly 50,00 views. Butler reports that public relations efforts related to the program generated more than 130 million impressions. She stresses the brand-awareness benefits via social channels—including 12 million impressions in Chicago and Boston. The street teams interacted with more than 21,100 commuters, Butler says, measured by the number of “Hello Sunny” sunglasses handed out during the activations and in between activation events.

Additionally, Butler reports that airline ticket-bookings from Chicago and Boston to the Greater Fort Lauderdale area during the program through GFL CVB’s partner Southwest Airlines increased 30% compared to the same time frame the previous February.

The tenacity Butler mentions was crucial due to how many moving parts are involved in pulling off a live broadcast between northern cities and a Florida beach.  Bus shelters must be outfitted with state of the art video and audio transmission equipment, satellite trucks must be tucked away on side streets (in accordance with parking rules), a dizzying array of city ordinances must be adhered to, the effects of frigid temperatures on delicate equipment must be managed, film crews must be wrangled.

The technical hurdles also were formidable. Linero had to assemble a team of experts in different facets of television and film, including producers, cinematographers familiar with beach lighting, and digital camera operators who could feed high-quality images to the bus shelters. Cameras on the beach and in the shelters required numerous different configurations. In addition to the satellite hookups that facilitated the shelter-to-beaches connectivity, streaming video was used to record the interactions (and place them on a branded landing page where they could be viewed in real time).

“It really was a technical experience of a lifetime,” Linero notes.

Starmark CMO Lisa Hoffman-Linero agrees. “One of the biggest challenges was getting a film permit,” she says. “No one had done this before, so we had a lot to figure out.”

One of the keys to doing so, Hoffman-Linero adds, was working with a bold client who “embraced the idea even before we were even certain we could do it.” Ultimately, Butler’s “Go Big” philosophy helped to attract a wave of vacationers to her home beaches.

Worldata, Boca Raton, FL, said yesterday that it has added the TechRepublic Enterprise Spotlight E-Mail list to its… 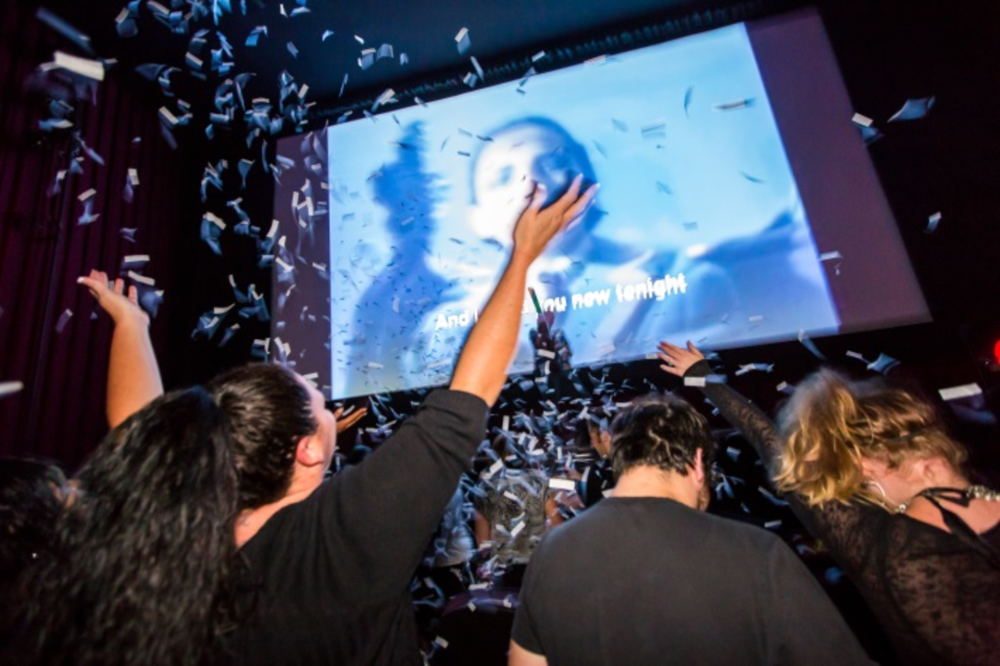 For some movie-goers, the film itself is only one piece of a bigger experience. Executives at Alamo Drafthouse…

Dell Computer Corp., Round Rock, TX, posted first-quarter profits this week that were in line with expectations for…