Lessons Learned — Online Advertising Then … and Our Mission Now

Admittedly, the dot-com era was a learning experience for online advertisers. For them, it was akin to a 19th-century California gold rush: Advertisers blindly rushed to tap this new market and buy into the wealth and riches of the Internet dream. They started testing new strategies and bombarding customers with flashy, expensive ads.

At the end of 2000, the dot-com bubble began to deflate, and in 2001 it burst. At the center of the dot-com business model was online advertising. Its omnipresent nature was thought to be powerful enough to sustain its momentum, but the inability to target users and provide relevant information beyond hype-driven messaging proved to be its Achilles heel. As a result, many dot-coms collapsed and Fortune 500 companies re-examined their own online strategies.

More recently, Internet advertising has begun to experience a revival, and it is poised to come back bigger and better than ever. In the fourth quarter of 2004, online advertising reached a new high of $2.7 billion, according to independent research conducted by PricewaterhouseCoopers for the Internet Advertising Bureau. This steady climb was further supported by strong Q1 2005 earnings from Yahoo and Google, indicating a solid resurgence for online advertising.

With that momentum, however, comes a word of warning to advertisers: Don’t get greedy. Though Internet users seem to have become more tolerant of online advertising, it is incumbent upon advertisers to be strategic and targeted about how they use the medium to reach customers. The online advertisinag industry is just getting its groove back, and can’t afford to slide back to the doldrums and consumer backlash associated with the post-dot-com era.

Today, based on new technology and a better understanding of how to leverage the Internet for marketing and branding purposes, companies can effectively target users — offering mortgage services to someone researching homes on a real estate Web site, for example. That’s brilliant. And that’s the true power of online advertising: offering the right service, to the right customer, at the right time, which can lead to closing a sales lead within a number of quick clicks.

One wrinkle to this emerging scenario is the now-pervasive issue of spyware, another very serious threat to online advertising’s image. This means of targeting users not only contributes to negative brand perceptions, but also can endanger users who input personal and financial information online.

These days, consumers often spend more time online than they do watching television, making the Internet an even more important medium than ever. During their online sessions, the end-user expects to trust vendor sites and wants to shop and surf freely. A major part of this trust is seeing fewer irrelevant messages and having less interaction with opportunistic and often offensive publishers who simply want to maximize the value of their online real estate. But trust begins with the relevancy and perceived intrusiveness of the ads themselves.

Though the “Win a Free iPod” offer has been tremendously successful, it has brought back memories of the ubiquitous X10 webcam ads that littered nearly every Web site a few years ago. The fact that search engines such as Google, Yahoo and MSN offer free pop-up blockers is indicative of user sentiment toward those types of annoying ads and ad formats. But even as these pop-up formats are defeated, online advertising spending is increasing. Pop-up blockers, therefore, are not hurting online advertising; instead, they are actually forcing a positive change: Their extinction is forcing online advertisers to be smarter about how they target would-be consumers.

As the industry comes of age, new ad formats, business models and ad networks are making their way into the mainstream. New ad formats can help create a full-scale contextually driven ad network that generates quantifiable, highly targeted results for our advertisers. For example, using an ad format such as an interstitial (a full-page ad that sits between Web site pages) can achieve greater consumer response rates. An eMarketer report from last fall highlights a survey in which user attitudes toward interstitials (also referred to as transitional pages) were 10 times more positive than those of pop-ups.

Combine that statistic with the fact that interstitials are able to more effectively capture users’ attention by employing a successful ad format that is well liked and better respected — and advertisers now have a better online ad format to consider. Other emerging ad formats are pop-unders and sliders, which are showing potential to surpass even the success of interstitials.

By working with an ad network of publishers, advertisers and end-users who have similar interests and who offer advanced technology and optimal ad formats, advertisers can help their clients’ brand rise above the Internet’s clutter, without raising privacy issues. It is extremely important, however, for advertisers to choose the right ad network. In a “smart” ad network that carefully balances the needs of the advertiser, end-user and publisher, everyone wins.

Publishers benefit because they maximize their online ad space; advertisers benefit with an increased response to their message; advertisers also are able to deliver their client a more valuable campaign; and end users are satisfied because they are less likely to see ads that are not relevant to them.

With “in your face,” invasive advertising methods on the decline, smart, discreet and relevant advertising methods are on the upswing. In using contextual technology that targets potential customers with expanded filters, including time of day, country, state, site content and site category, the advertiser ensures that their campaign is both efficient and highly profitable. This contextual approach enables a company’s ad to appear on a Web page appropriate to its content; the ad is therefore more likely to achieve immediate results and drive down the average cost per customer acquisition.

These new ad networks serve as interactive marketplaces, matching advertisers and Web publishers in similar lines of business including travel, entertainment, technology, dating and career advancement to show only the most relevant ads. They also offer media planners the benefit of lead generation, as well as the branding and frequency elements that are necessary in delivering significant ROI.

Additionally, ad networks make it easier to react to the unpredictable behavior of a target market — consumers won’t always be consistent in how they make purchasing decisions online. By bridging contextual targeting with real-time statistics and comprehensive online reporting, today’s ad networks can keep up with the consumer and are therefore able to get the most out of a consumer’s Internet session.

Ad networks are crucial to any media plan as they can boost positive branding in the most popular and powerful medium of our age: the Internet. But as the Internet continues to evolve, advertisers must continue to evolve as well. They must continue to understand the end-user’s reaction and adapt their strategies accordingly. Advertisers must remain focused on their main objective: Positive advertising leads to positive branding and better sales.

With consumers weary of former online advertising strategies and with identity theft and computer security as central issues, it is crucial — now more than ever — that advertisers gain credibility and sustain a positive marketplace for their target consumer. At the heart of better online advertising are better technology, better placements and an intelligent ad network. 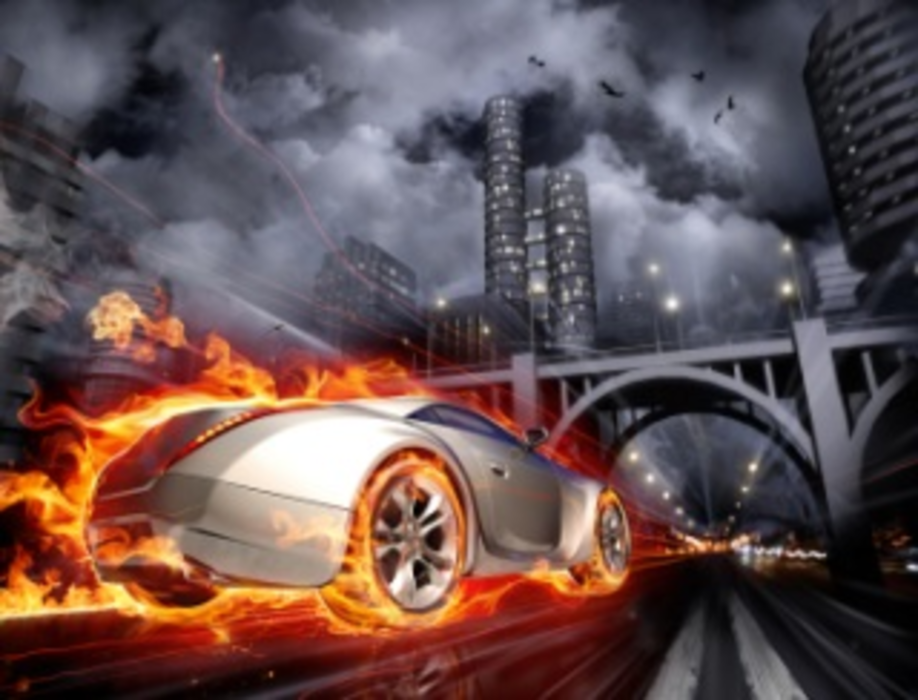 For auto enthusiasts, speed is just as important as luxury. The same can be said with the Hertz…

'Blog Marketing: The Revolutionary New Way to Increase Sales, Build Your Brand, and Get Results'

Imagine that you could listen, like a fly on the wall, to millions of people – your customers,…

Hiring a search agency of record for your corporation