Lessons in volunteering come from the Learning Channel

The Learning Channel is taking its lesson planning to the streets this winter with the creation of its Give and Learn volunteer campaign.

The multichannel effort expects to inspire more Americans to volunteer. It kicked off Dec. 6 with an on-air promotion featuring TLC talent, Stacy London and Kristen Kemp.

“We have the same target as the TLC Channel,” said Derek Koenig, senior vice president of marketing for TLC, Silver Springs, MD. “The 28 to 42 year olds are reaching key milestones in their life: buying a house, getting married and having kids, so the campaign is about sharing wisdom.”

The spots are scheduled to air throughout December on TLC during home, property and fashion/lifestyle programming. In addition, TLC has launched a Web site at www.tlc.com/giveandlearn that links viewers with volunteer opportunities across the United States.

The site also showcases user-generated volunteer stories and short-form videos of TLC talent and viewers giving back. It offers volunteer resources to engage individuals of all experience levels, too.

“This is the first time we are doing a standalone program directed toward giving back,” Mr. Koenig said. “It will really activate the core of our channel.”

TLC also will market its new initiative through heavy off-air promotions such as radio spots and magazine ads.

“In our research with our core target market, we found it very compelling that individuals in their late 20s think of giving back,” Mr. Koenig said. “Our message is that when you give, you also get back a lot and it becomes a fulfilling endeavor.”

TLC has not released any direct mail pieces for the Give and Learn campaign yet. But it has been sending information via e-mail to its pool of subscribers.

“The very core of this is our passion to give people a platform for activation,” Mr. Koenig said. “It’s about making a difference and doing the right thing.”

Between 2004 and 2005, more than 65 million Americans, or 29 percent of the U.S. population, volunteered in some aspect. Women, people ages 35-44 and spouses with children were cited as the most likely to give back.

Volunteer rates also have surged for young people since the events of Sept. 11 and Hurricane Katrina.

The mission of TLC’s Give and Learn campaign is to connect with these audiences – who also reflect TLC viewership – with practical tools and advice on how to find the best ways to give back.

To ensure it would meet the needs of its core target audience, TLC partnered with the Hands On Network, the nation’s leading network of volunteer organizations.

“We wanted to form a partnership with a well-established volunteer base,” said Don Halcombe, director of communications for TLC. “Hands On Network is the real leader in this space, so we are excited for next year when we will launch a series of events with them.”

Hands On Network is comprised of 64 national and international affiliates and works to strengthen communities through volunteer action and civic engagement.

It plans to enhance TLC’s campaign through volunteer education and grassroots support. Volunteer opportunities can be found at www.handsonnetwork.org.

“This time of year people give more thought to philanthropy,” Mr. Halcombe said. “We want this to lead to further growth of our brand position.”

Next year, Give and Learn will expan d with volunteer events in local communities that focus on the needs and issues that matter around the country and share a personal connection with the stars of TLC.

These events will engage local communities and spotlight the many ways in which people can give back.

“The campaign is just a perfect extension of what we are already doing,” Mr. Koenig said. “It flows, making it almost seamless.”

“We want to get awareness out and get people engaged in events and activate them to make a difference,” Mr. Koenig said. “We are taking our brand and campaign and bringing forth good.”

General Motors has appointed Joel Ewanick VP of US marketing as of May 24. The former VP of… 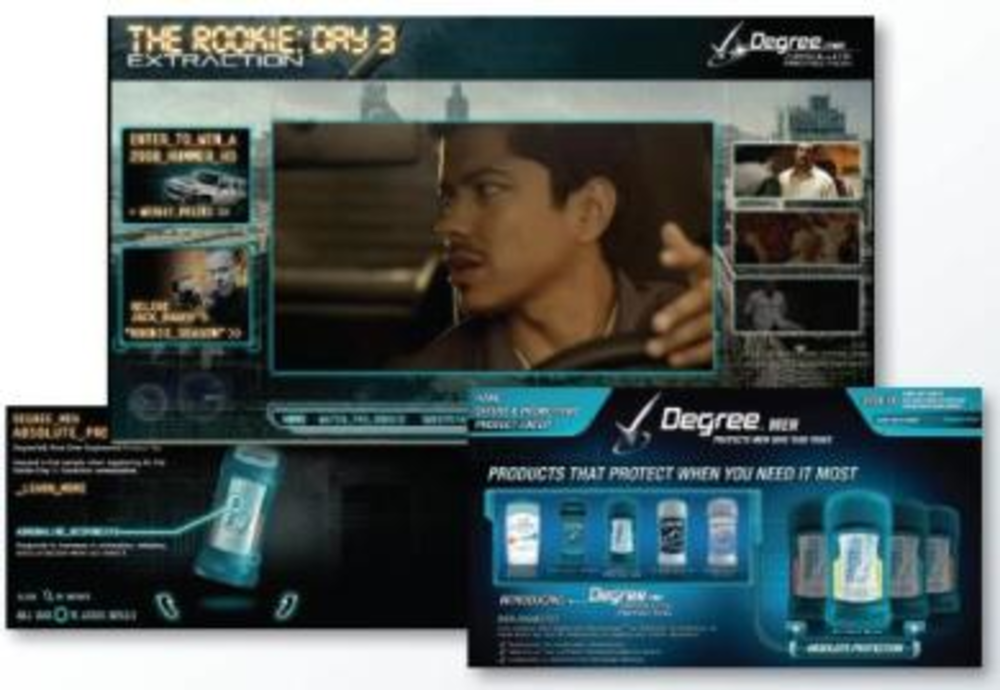 Getting men to interact with its brand is no sweat for Unilever’s Degree Men, with the launch last…