Last year, I demonstrated to my own satisfaction that one marketing tech year is worth about 5 human years. No wonder 2014 feels like a couple of decades ago. That’s when a start-up website called The Hub published a ground-breaking blog, “Who is Winning the Marketing Cloud Wars?” — one of the first surveys of the fully integrated marketing suites clamoring for the attention of CMOs.

Of course, it turned out that there was a lot more integration and expansion further down the road. (As for The Hub, it ultimately became a section within DMN, but that’s another story.)

With Gartner’s recent inauguration of a Multichannel Marketing Hub Magic Quadrant, it seems a good time to take a quick look back over the last four buzzword-packed years.

“IBM thought of it first, but Adobe got there before them. Salesforce caught up quickly, HP’s right behind, and Oracle’s buying its way to the party.”

That’s how the Cloud Wars blog kicked off. I told you it was going to seem like ancient history. When did you last have a conversation about HP’s latest enhancements to its marketing suite offering? Those conversations were happening back in 2014. And Oracle head this way? Those were the days we were all still laughing about Larry Ellison dismissing cloud computing: “It’s complete gibberish. It’s insane. When is this idiocy going to stop?”

That pioneer Cloud Wars piece, by then Hub editor Omar Akhtar, set out to define a marketing cloud, and took a deep dive into the top five contenders. The definition is interesting: multichannel marketing automation, plus content management, plus social media, plus analytics. Analytics is itself characterized as a mix of consumer profiling and campaign optimization. Implicit or not, the two words missing there are “data” and “experience.” Imagine defining a marketing suite today, and not mentioning either of those terms.

The findings of the piece, in summary: IBM thought about it first; Adobe did it first; Salesforce is already a major player; Oracle is buying its way to the table; and HP is an up-and-comer.

Almost two years later, at the very end of 2015, The Hub re-visited the war zone. Introducing the new review, I wrote:

The overall dominance of four out of five vendors, at least, persists, but is increasingly under challenge—from competitors like SAP, Experian, Sitecore and Hubspot; by start-ups launching much more limited but also more affordable products aimed at the midmarket; and — very significantly — by a groundswell of support for open marketing stacks, custom-built from individual point solutions.

So we had already waved goodbye to HP. As for the rest of those comments, I probably should have highlighted a couple of other vendors ahead of Hubspot. What I really missed — and I don’t think it was just me — was the middle road that would open up between dominant all-in-one suites and open marketing marketing stacks (those collections of point solutions always threatening to metabolize into uncontrollable Frankenstacks).

The blog goes on to provide an updated overview of each of the five vendors cited in the original story (yes, including HP, which had just split from Hewlett Packard Enterprise). It concludes with Oracle’s Mark Hurd, predicting that by 2027 two marketing suite providers would command 80% of the market. How’s that looking in 2018?

2018: Welcome to the Multichannel Marketing Hub

No relation to The Hub, of course, Gartner’s new term for the runners in this race reflects the change it has taken me another year to fully understand (I wrote about it in November 2016). Unable to provide that fully-integrated, end-to-end, comprehensive suite of tools; unable to dissuade customers from buying best-of-breed solutions beyond the big cloud’s walled gardens; the marketing suites have indeed transformed themselves into hubs (one might say “platforms,” but pedants would object).

The aim of the leaders in this category is now to provide the point solutions at which they themselves excel (creative, for example, in Adobe’s case), while actively welcoming the integration of independent best-of-breed tools — as well as allowing independent tools to be natively built on their platforms.

But it remains their goal too, to be the glue which binds all the elements together. An Adobe or a Salesforce wants to be the central reference point for a business’s marketing (or CX) stack, not one solution among others.

How did those original five contenders perform in the Gartner Quadrant? (Okay, no HP.)

It’s been a fascinating journey — really, only four years? — and it’s not over yet. Anyone want to predict two years from now? I think one of the vendors on that leader board will be in a better position, one is at risk of showing a lower profile, and the rest won’t change much. But I’m not going to name names: two years is a decade in marketing tech.

The Omnichannel Solution: One Platform to Rule Them All

Businesses are aware of the problem of ineffective ads, but the challenge of obtaining a comprehensive picture of… 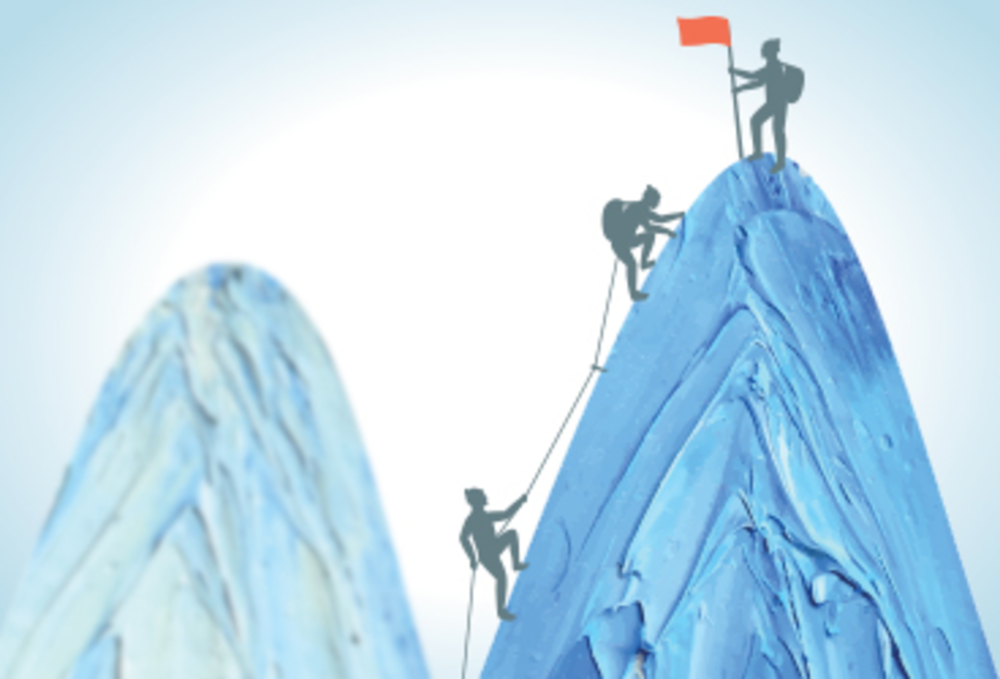