It's Not Time to Be Timid

The anthrax-laced letters and the recent pipe bombs in rural letter boxes have reminded us how important the U.S. Postal Service is to the life and commerce of our country. Internet commerce, e-mail, electronic funds transfer and electronic bill payment have captured attention and undoubtedly are a part of the future. However, mail matters, and it will remain important to our economy for some time.

Advertising mail remains a vital component, given the almost $900 billion and 9 million jobs the mailing industry contributes to our economy. In the past, much has been made of so-called junk mail. However, that mail is usually read and does no damage. The same cannot be said of the unwanted, often unstoppable pornographic e-mails that clutter our PCs daily. Even worse are seemingly innocent e mails bearing viruses. Perhaps the proliferation of both types of e-mails will bring renewed respectability to ad mail.

But even renewed respectability of ad mail will not solve the postal service’s problems. What is needed is a resurgence of mail volume, particularly First-Class mail. But clearly that will not happen. As a result, the postal service, with its transformation plan in hand, has embarked on steps to provide its own solutions to its financial plight.

First on the horizon is a USPS-Postal Rate Commission summit May 28 that will look at the current rate-setting process. According to postmaster general John E. Potter, one purpose of the summit is to “modify the rate process to the needs of customers.”

The USPS thinks its major customers want rate increases that are small, annual, more predictable, phased and – for larger mailers – negotiable. Though I think these are customer needs, the No. 1 need is rate stability. That is, no rate increases.

Perhaps that is naïve given the shaky state of USPS finances. However, many USPS customers, amid the weak economy, cannot increase their prices. What they are really looking for are ways to decrease their postal expense. Unfortunately for the postal service, the only solution for many mailers is to mail less.

At the May 13 hearing before a subcommittee of the Senate Governmental Affairs Committee, General Accounting Office comptroller general David Walker said the current USPS business model “does not work” and that “real transformation (of the postal service) will require tough choices and shared sacrifices.”

The realization seems finally to have sunk in among many in the mailing community, including trade associations, that meaningful postal reform is a subject that Congress cannot tackle without political cover.

Undoubtedly the White House knows that Congress is unwilling and unable to do anything meaningful about postal reform and is rumored to be considering a postal reform commission. Let’s hope these rumors are true. It is imperative that a presidential commission be established immediately, with a balanced representation willing to tackle tough issues, including universal service, the rate-making process, monopoly retention, labor relations and wage negotiations.

If a commission is established, its leadership will be critical. It will take someone of the stature of former Sen. George Mitchell or former General Electric chairman Jack Welch to chair it and then shepherd the recommendations through Congress.

However, the success or failure of postal reform will be determined by the political willpower of the mailing industry. From my perspective, this willpower has been sorely lacking. When it comes to working with the USPS on issues of mutual importance like the Mailing Industry Task Force, the mailing industry is front and center with leadership and support. When it comes to petitioning Congress and the administration, the industry is much too timid.

Consider the comparison of expected presidential appointments as written in The Wall Street Journal, The New York Times and the Boston Herald. The Journal and Times articles discussed possible board of governors nominations for the Federal Reserve. The articles praised potential nominees, discussing the education and workplace experiences that prepared them for this nomination.

In a very different fashion, the Boston Herald contained an article about the possible nomination of Massachusetts Gov. Jane Swift to the USPS Board of Governors. The Herald, while obviously biased against Swift, calls the USPS board position a “consolation prize.”

If the mailing industry wants someone on the board with experiences that could be more helpful to the USPS, given its transformational and technological challenges, it needs to let the administration hear about it loud and clear. It’s not a time to be timid. 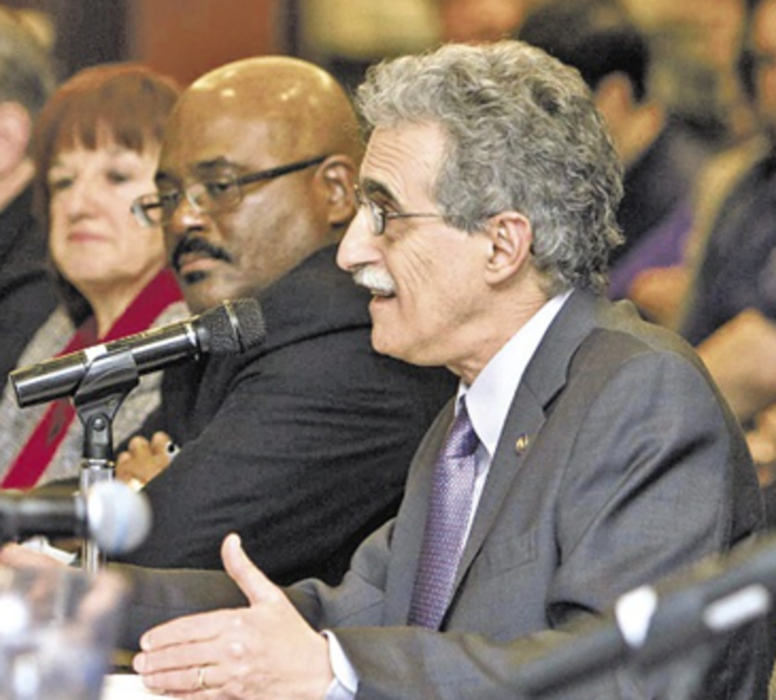 Funding for marketing resources and activities at hi-tech start-ups is decreasing far more than for other departments, according…