Indochino Suits Up Its Digital Channels

What should be the most important consideration for men when buying a suit? Fit. Are the sleeves the right length? Is the jacket pulling when it’s buttoned? Is there an annoying little roll beneath the collar? A $200 suit that fits perfectly will look great; a $4,000 suit that doesn’t will look slovenly.

Understandably, purchasing a suit—even off the rack—can be a process that necessitates an in-store appearance, as you work your way through a litany of different fabrics and cuts, trying to tune out the overzealous salesman upselling you on a pair of cufflinks you really don’t need. In other words, this is the complete opposite of a speedy, one-click e-commerce buy.

Which is why a company like Indochino, an online shop that provides made-to-measure (MTM) menswear, seems so improbable. The company started in 2007 when founders Heikal Gani and Kyle Vucko, both at the time students at the University of Victoria, identified a need for well-fitted suits at reasonable prices. Indochino’s suits have the slimmer cut and shorter jacket length that’s popular among younger men, and the suit price points hover in the $400 range—similar to major retail shops like Men’s Wearhouse and JoS. A. Bank.

But even at a relatively cheap price, a suit is not an impulse buy. Moreover, as Indochino’s Manager of Online Marketing Antonio Guzman points out, consumers are generally accustomed to believing there’s a major convenience to shopping online. But buying a suit from Indochino is more intensive: You have to measure yourself–the company mails free tape measures for this–and send those measurements to the company before getting a custom suit in the mail.(That being said, Indochino occasionally fields “Traveling Tailor” pop-up stores, the next of which will be in Philadelphia from May 10-May 27).

Buying a suit online is a leap of faith, which is why Indochino needs to pay special attention to its customers’ online paths-to-purchase, investing in marketing channels that maximize suit sales. One of the biggest catalysts for the company is the increasing complexity of mobile devices and the tendency for consumers to browse on numerous devices. If a consumer, for instance, reads a promotional email at home on a tablet, then does research on a work computer, and makes his purchase on a personal laptop, this is something that Indochino needs to know.

“The [ability] to re-associate those different kinds of touchpoints to an individual turns the lights on for you as a marketer, so you have more confidence in the decisions you’re making,” Guzman says. “You know which channels really influence the customer to make a final purchase decision, rather than looking at those touchpionts in an individual silo.”

Guzman previously worked at a digital agency, so he’s familiar with the difficulties companies have trying to track consumers across devices. Indochino uses tools from Convertro to map these paths.

“Initially, we saw 5% of converting visitors were [re-associated from different channels],” Guzman says. “A decent chunk.”

Visibility across digital channels gives Indochino the ability to assess the influence of each. “The digital channels that aren’t performing well one month, we want to improve their performance while putting resources into the things that work,” Guzman says. “There’s no one priority.”

This is because Guzman knows that what happens in one channel can affect another—a change-up in social media or search might alter the efficacy of Indochino’s email program, and vice versa. “How does [a web] search impact someone’s pre-purchase mind-set when they’ve had three to four communications via email?” Guzman says. He knows there are times when a marketing message on a certain channel may not initially seem to be working well. “But then there’s a good chunk of folks who see this message, but come through a different channel,” he says.

And that’s why knowing the path-to-purchase is important for online businesses: There isn’t necessarily a direct correlation between an ad or marketing message and purchase. But that message may still pay dividends in ensuring the company is top-of-mind when the consumer decides to plunk down his credit card. 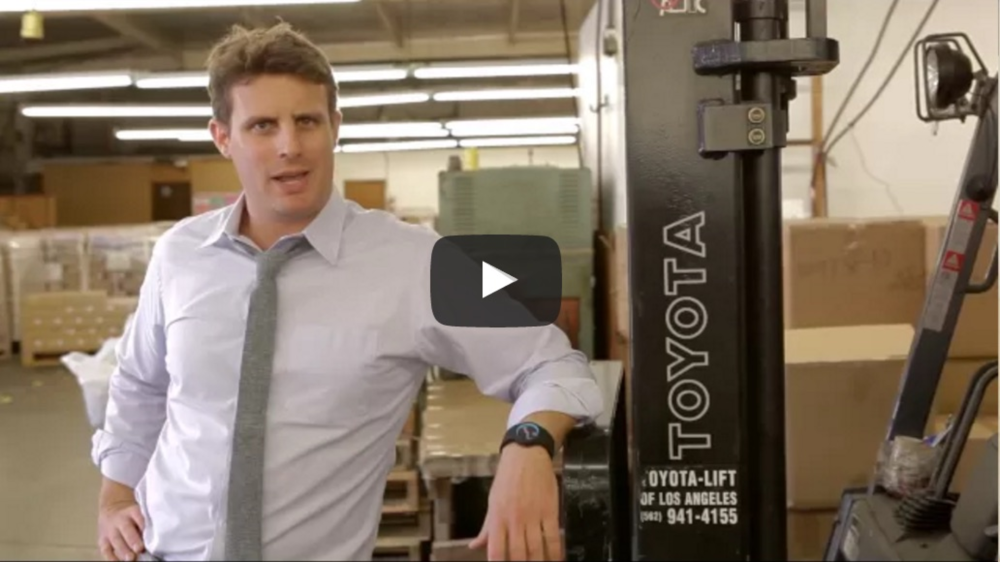 The Bullish Future of Subscription Models

At the Northside Innovation Festival, the customer was front and center. That is, the value of companies owning…

According to suggestions published by Newsweek on October 5, the US Postal Service should “give every American an…