Advances in visual content distribution make premium content available to publishers and brand sponsors at a lower price than in the past. News content can be sourced locally, and sports action can be sent out directly from the playing field across multiple channels.

This management of assets feeds the appetite for a higher volume of content, but it doesn’t directly affect the quality of the content. Instead, it ensures that high quality content gets out quicker and gets in front of more eyeballs.

In terms of audience experience, big screen documentaries present a rare opportunity for viewers to turn off their phones and observe the grandeur of a still-active traditional channel. Many of the costs associated with these showcase premium productions can’t be reduced by digital techniques.

But instead of being abandoned by marketers, brands continue to pursue documentaries for super-premium sponsorship opportunities.

I spoke recently with Shaun MacGillivray, President of MacGillivray Freeman Films (MFF). The studio, based in Laguna Beach, California, has been in business for 50 years, and is responsible for one of the longest-running movies anywhere – the 1976 IMAX film, To Fly!, which was commissioned for the Smithsonian’s National Air and Space Museum. The film was sponsored by DuPont.

Since then, the company has produced over 45 giant-screen features.

A time-tested formula for giant-screen features

One of the most successful film partnerships out of the studio came from Coca Cola’s 2011 sponsorship for the nature documentary To the Arctic. At this point, the soft drink’s animated polar bears had become iconic. The live action film brought a real life message to viewers, showing polar bears in the wild. With over 1.2 billion impressions, the brand profited immensely. But so did another partner, the World Wildlife Fund. Some $4 million dollars were donated from viewers to support arctic conservation. As a result of the related Coca-Cola holiday campaign, the brand gained two percent increase in company reputation, and a 10 percent boost in brand love.

“We had an amazing investor showcase the beauty of the arctic refuge,” MacGillivray said. “And then we got the WWF involved, to help protect these places. Then Coca-Cola, for their holiday campaign that year, instead of using animated polar bears, wanted to run an ‘arctic home’ campaign. Millions came to see the film.”

Over the last two years, MFF has rolled out another hit documentary, using a similar formula. DREAM BIG: Engineering Our World shows the exciting career possibilities for a future generation of engineers.

The release is supported by regionally-activated global efforts and educational outreach sponsored by engineering company Bechtel, in partnership with the American Society of Civil Engineers (ASCE).

An alternative to traditional commercials

“This is the model you’re going to see more and more of – people don’t watch commercials anymore,” said MacGillivray. “Brands are reaching kids and moms through Facebook ads and…those are really short ads. It’s hard. How do you provide an emotion impact for your audience? The challenge with advertising is that it can’t feel like a commercial. If it feels like that, people won’t watch it.”

In terms of actual brand exposure time, the Bechtel sponsorship for DREAM BIG comes in the form of a 20-second spot at the beginning of the feature. MacGillivray points out that even though this exposure is short, the meaning it conveys to the audience is lasting because the movie is inspiration and is shown on a giant IMAX screen experience.

Although IMAX films are also released at national movie chains, the format has a longstanding network through local museums. Often, when a new film is shown at these museums in smaller markets, it gains earned media coverage in these cities on local news, according to MacGillivray. Simply put, it’s a big to-do.

“In each city,” he explained, “the theaters are marketing experts locally. Each film is advertised with a trailer, and all of that has our brand and co-branded sponsor. What brands typically do, once the film is released, is launch a big PR campaign around it. First, the theatrical release generates earned media. Then, it goes to Netflix or another streaming service, and then to broadcast. By then, people have already heard about the film because of the theatrical release.”

He added, “From a value standpoint, brands are going to do what they can to get people to see the film, and put together the story. I think you’ll see more and more of this. It does become all about earned media. You can do a ton of paid media, but they don’t have to because we have this type of model.”

With a robust digital plan in place, DREAM BIG generated nearly 2 billion impressions from online, print and television. Over 50 museums and engineering institutions held “engineering week” festivals and events. The result, from surveys taken around the documentary and events, is that on average 72 percent of kids are now interested in pursuing engineering careers – 86 percent had a more positive view of the profession after seeing the film than before it.

“Partners want this content and look to market the heck out of it,” MacGillivray stated. “The audience gets excited, and it becomes a big deal in those markets. What the brand will do is make sure people know about the film, and why [the brand] is doing this.” 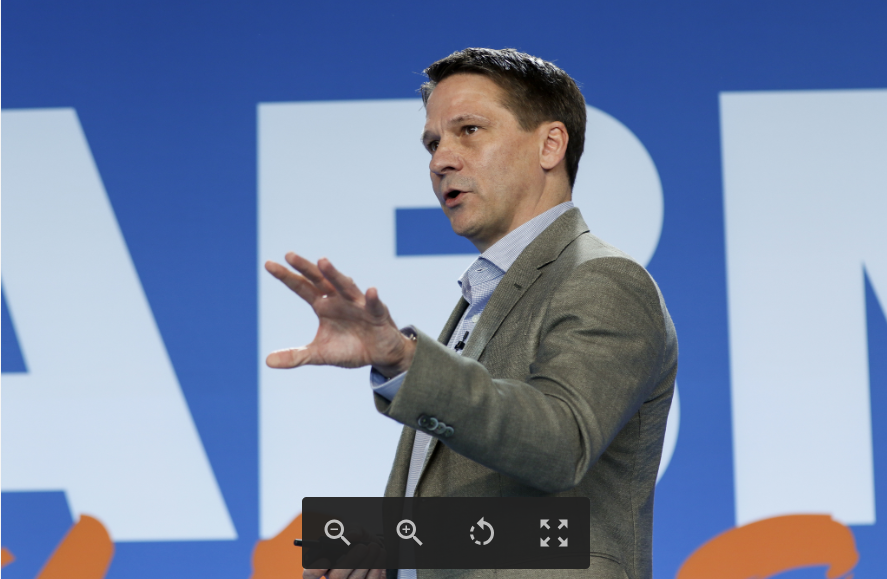 An Account-Based System of Record

Last week, I reported from the Demandbase ABM Innovation Summit on glimpses I was offered on the future of…

While the growth and profile of mobile marketing con­tinues apace, its progression has been marked both by caution…