If a Customer’s Voice Falls on a Monopoly, Does It Make a Sound?

If I owned a business, I’d want it to be a monopoly. Competitors are worrisome and annoying; customers more so when they have access to competitors.

Monopolies are so much easier to run than competitive businesses. You’re free to charge what you want, within reason. Marketing? Customer service? Merely movie-lot facades; something to chatter about at shareholder’s meetings for the media’s sake. (Shareholders see these things as needless expenses.)

As a monopoly magnate, I’d worry about getting a good tee time, not about how I was going to use Big Data, social media, and content marketing to create worthwhile customer experiences. Customer experience, in fact, would be the chief butt of jokes in the halls of my monopoly. Our Ultimate Question would be, “Are you going to pay your bill or are we going to cut you off?”

All this became clear to me during a recent go-round with my cable company. The following case can be used by marketers as a touchstone of bottom-of-the-barrel customer interaction.

In August, the Manhattan apartment building I live in went up in flames. No one was seriously hurt, nor were many apartments severely damaged, but the stairwells and hallways were turned into charcoal and the Buildings Department condemned the place awaiting repairs. I moved in with a friend and waited for a call from my landlord that the building was once again inhabitable, which came in October. I was eager to get my cable reconnected and called my provider to set it up.

Monopolies can install a chain-of-command management system dating to the Peloponnesian Wars and just let it run on autopilot. The cables that provide TV and Internet to the apartments in my building ran through the hallway that had been incinerated. The cable company apparently had no idea the fire had happened, and when I called to inform them the rep offered to sign me up for an appointment. She wouldn’t listen to the fire talk; all she could do was set up a personal appointment. I declined, figuring things would work themselves out.

A few days later I received a call from a manager in the technical service department. “Please take the appointment we set up for you on Saturday,” he said. This is how we have to do it.”

I took the appointment. The cable guy showed up and started poking around my place. I led him to the burnt-out cable exchange box outside my door and he said, “A-ha,” and notified the installation unit that they had to redo the building. I had served my role as a conduit in Ye Olde Chain of Command.

It took them two months to do the job. My neighbors got cable and Internet back. I didn’t, immediately, because I didn’t have time to set up an appointment. February came; I was still watching Netflix DVDs and accessing the web via smartphone, when I got a bill for $179 from the cable company. I now had to gird myself to undergo the special brand of customer service offered up by my friendly neighborhood monopoly.

When you first contact my cable company, you get the idea they have a clue. You are identified by your phone number and a digital voice asks if you’re who they think you are. On the day I called, the agent came on, all sweetness and light as usual, and I began detailing my problem. The agent politely allowed me to complete my narrative and said, “May I have your account number?”

“No sir,” the agent said. “Could I have your phone number?”

Every time you change hands in my cable company’s customer service department, you are a new customer. My identity reestablished, I restated my case. “I have not had service since August and you sent me a bill for $179. Please make it go away.”

“Do you have service right now?”

“I repeat, I do not now nor have I had service since August. My building burned.”

The agent seemed confused. Apparently, fires are not covered in either the technical or customer service manuals. I was transferred. The new agent could not grasp the fact that I had no service either. The general idea seemed to be Descartian: “We billed, therefore you are served.”

I got to a manager who promised resolve the problem right away and said she had to put me on hold. I began to stop her to ask for her number in case we were cut off, but she disconnected. All I heard was dialtone.  Forty-five minutes enduring a customer service shellacking, and I was deposited on the doorstep unsatisfied.

I was upset, but impressed. The system was ingenious. It made a customer think a little before bothering to call. You had to carve out at least half an hour on your calendar before even dialing the number. What a great way to control call volume! I courageously redialed. Armed and ready, I said to the first agent, “You charged me for service and I have no cable service, give me a manager now.” I guess I said the magic words, because it was as if I was ushered into the presence of the wizard behind the curtain, in this case a gentle-voiced man named Israfel. He knew who I was, he was able to access my records without putting me on hold; he was able to check that there was no signal reaching my apartment and therefore I could not possibly currently have cable service. He apologized for the entire affair, and wiped out the entire balance of my bill on the spot. He said he would personally make a service appointment for me on the upcoming Saturday and follow up with a personal call later with the time, which he did. I had waited them out and was awarded the keys to the Emerald Cable City. I was amazed that Israfel didn’t ask me to agree to an affidavit saying none of this had ever happened.

So thanks, Israfel. When I get my own monopoly set up, do stop by for a chat and a cup of joe. You obviously have been around a while, so you must have some great customer experience jokes.

The end of SWAG? 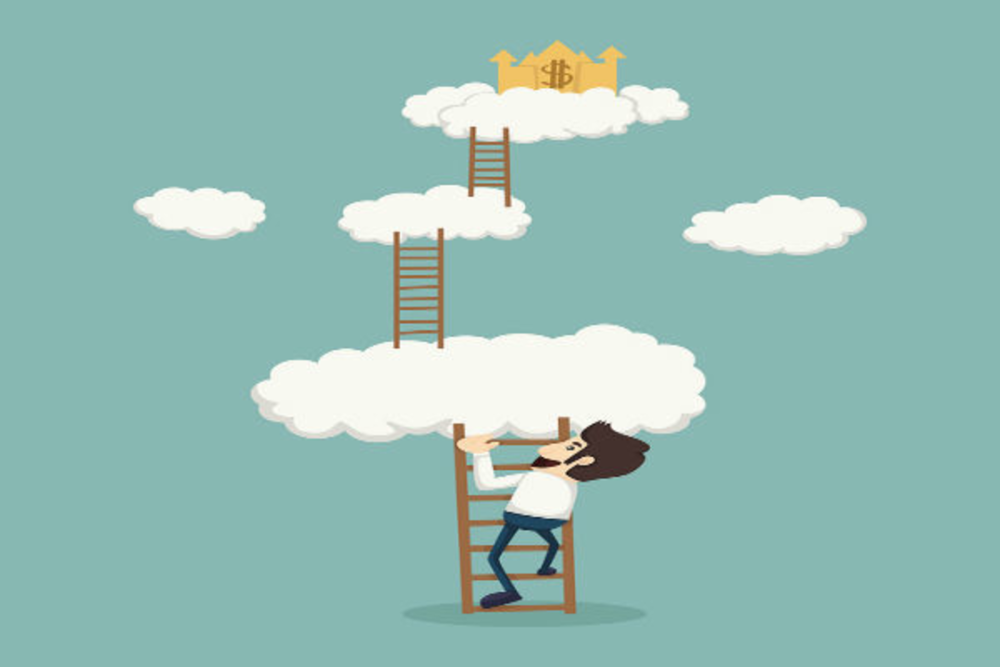 Marketing and sales are infamous for their ongoing rivalry. But could their competitiveness escalate all the way to…

Can brand be built in a blurb?

WPP – and its agency network including Wunderman, groupM, grey global, Ogilvy, JWT – have signed on to…