After a successful first rich media e-mail campaign and pilot project earlier this year, IBM executives are committed to using the e-mails to communicate with their business customers.

IBM's “What's In The Box” rich media e-mail to promote a new series of its eServer was sent to about 6,500 of its Gold Service customers who had opted to receive information on the products.

The e-mail was sent as a text file, because some users do not have HTML capability. When customers clicked on a link, they were taken to a server where they could view the ad. Music greeted viewers, along with a graphic of IBM's new eServer and the text: “Let the IBM eServer Open Your World.” Viewers could click to “open the Box and receive a leather writing portfolio,” which expanded to a full-page form. Viewers selected which eServer series they would like to receive information on and answered several questions.

Between 11 percent and 15 percent of e-mail recipients clicked through to the rich media message, and 63 percent filled out the electronic form. Three percent opted in for an e-mail list and 2 percent requested a call back, said Dan Flack, interactive marketing program director at IBM.

Flack believes the response was high because “we're not spamming people.” The e-mail was only sent to people who were interested in IBM's server products. The company's Gold Service database is updated weekly when the marketing and sales teams get together.

IBM's business-to-business e-mails are also personalized. When a business customer forwards the message, it appears that the message is from him, not from IBM. “We tend not to use lists. We focus on viral marketing and our sales force,” Flack said.

The response rate for IBM's BTB rich media e-mail pilot project, which ran January through March, was also high. The audio and graphics, which depicted a melting snowman employee being picked on by his snowman boss, garnered an 11 percent to 15 percent click-through rate, while more than 60 percent of those individuals continued to interact with the ad.

Customers could play the snowman exchange again, send the e-mail to a colleague or view special holiday offers.

Although many of IBM's BTB text e-mails garner an 11 percent to 15 percent response rate, click throughs are sliced in half, according to Flack. While realizing the technology's benefits, Flack said IBM will only use rich media sporadically. “We don't want to bombard people,” he said. 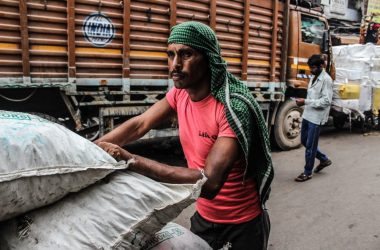 According to the IMF, Russia’s invasion of Ukraine might fundamentally change the world’s economic and political order. The…