As H&R Block gears up to start the hiring process to staff its call center for the 2001 tax season, the company is anticipating hiring 15 percent to 18 percent fewer employees than it did last year as it benefits from new technology systems, a cross-training program and a consolidation of its call center facilities.

H&R Block, Kansas City, MO, combined its three call centers last fall into a single facility near its headquarters and installed new technologies that are helping it form a more comprehensive view of its customers and better monitor the flow of its communications with its customers.

“We consolidated three different call centers that were on three different platforms,” said Bryan DiGiorgio, vice president at H&R Block. DiGiorgio is overseeing the company’s service center. “We had no real conversations about best practices crossover. We just operated them as three separate groups, making and taking phone calls.”

With the call centers combined in a single facility, some call center agents will be cross-trained so they can provide more than one type of support service as needed.

The peak call volumes for each of the call center’s functions do not overlap exactly, DiGiorgio said. The company begins receiving a high volume of calls from its field offices for software help-desk support in early January, followed by calls from customers seeking help in using the company’s personal tax software and online services, which starts picking up volume in February. Call volumes from consumers seeking tax help reach a peak in January and then another in April as the April 15 deadline approaches.

“Hopefully we’ll be able to hire less people during the season,” DiGiorgio said. “It’s hard to hire that many people in that short a time frame for a single season and try to get the quality of people you are looking for.”

H&R Block also began using the Clarify eFrontOffice suite of call center software from Nortel Networks, Boston, to help keep track of interactions with customers. The software will help the company maintain a database of customer contacts to help it better cross-sell and upsell products and implement loyalty marketing programs.

During last year’s tax season — the company’s first with the consolidated call center and other new technology — the company achieved a 10 percent reduction in the average time its agents spent on the phone handling each call.

H&R Block is also adjusting to the increased use of e-mail as a means to contact the company. The company went from fielding 60,000 e-mails in the 1999 tax season to about 250,000 during this year’s season.

DiGiorgio said the call center would also eventually incorporate additional Web communications technologies. The company is eyeing the eventual introduction of live Web chat into its call center as a customer service feature, along with voice-over Internet communications.

He said the company would probably incorporate additional self-service features into its Web site to allow customers to perform self-help searches that should reduce the amount of calls received by the center.

The Audit Bureau of Circulations released new definitions of what comprises a magazine’s digital edition on March 16.… 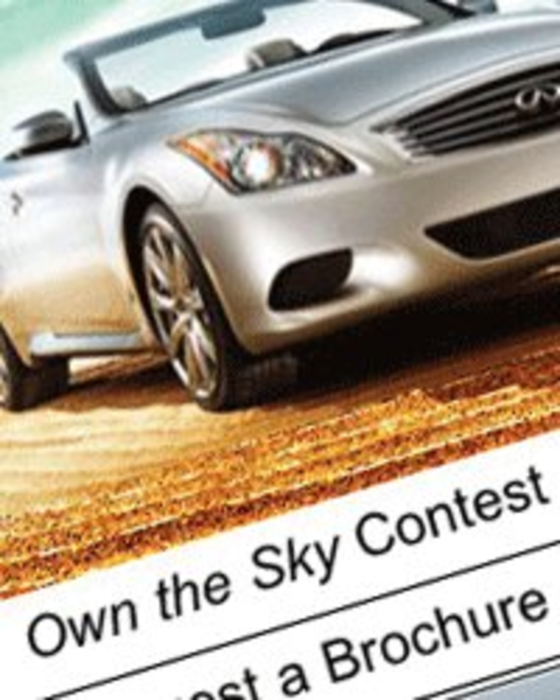 To promote the launch of its new Infiniti G37 Convertible and the summer sales event, Nissan is running…