How the Enterprise is Stacking Up

Technology in the enterprise has never been more complicated, especially since business teams — not just marketing and sales, but they’re good examples — cut loose from IT’s gatekeeper monopoly and started discovering and deploying tools at will.

Of course, cloud hosting (from AWS to Google Cloud to enterprise WordPress hosting) and relatively inexpensive pricing models take the credit (or blame) for the decline of IT-evaluated and approved on-prem solutions. Business cycles move so fast that there are clear benefits in being able to fire up the latest app — and discard last month’s shiny toy — almost instantaneously. The downside is that the organization can unwittingly accrue so many layers of duplicate, abandoned or under-utilized tools that stack can resemble a dying coral reef more than a cutting edge portfolio of dynamic, well-integrated technologies.

This is where the Enterprise Cabinet from CabinetM comes in. It’s a subscription based product nested on CabinetM’s existing configurable directory of over 7,000 marketing tech tools.

These trends merge in the Enterprise Cabinet, which co-founders Anita Brearton and Sheryl Schultz demonstrated for me yesterday.

Subscribing users can build collaborative teams on the platform and set permissions. They can create profiles of existing proprietary tech tools (which many businesses have in one form or another); these are displayed on the website just like commercially available tools, but visible only to the owner enterprise. In a large enterprise, multiple teams can represent and share their actual, existing stacks. It’s possible to run configurable stack reports to see which tools are being used by which teams: “Show me if anyone is using Marketo,” is Brearton’s example.

The SkillStacks angle helps users discover if they have the right talent on the team for solutions they’re using, or thinking of acquiring. It’s also possible to enter and track contracts with vendors.

This does amount to a cross-enterprise audit — and CabinetM offers complimentary assistance in pulling the initial stack or stacks together. And like any audit, it’s likely to reveal pain points. Two versions of Marketo in-house, for example; Eloqua being used down the corridor from Pardot. “I’ve been shocked,” Brearton says of her discoveries. “Marketing automation platforms can be hard to use,” and yet there are examples of enterprises running more than one.

Of course, the more the Enterprise Cabinet is used, the more interesting data it will generate. It’s already doing so. “It’s been fascinating,” says Brearton. “We now have critical mass and are more comfortable pulling some generalizations out of the data.”

For example, CabinetM can start to look at vendors and the kinds of stacks which seem naturally to form around them. Salesforce, for example, tends to attract a lot of products to stacks where it’s a central element: a positive indication for Salesforce’s ability to partner and integrate.

In what Schultz called the “not-too-distant future,” CabinetM will help users see which integrations are most feasible. The functionality for users to report successful integrations already exists, but hasn’t yet generated enough data to be dispositive.

“Stacks have moved from being a pretty picture to a workhorse tool,” says Brearton (although pretty pictures still abound). CMOs need no longer be at a loss when asked: What’s in your stack? 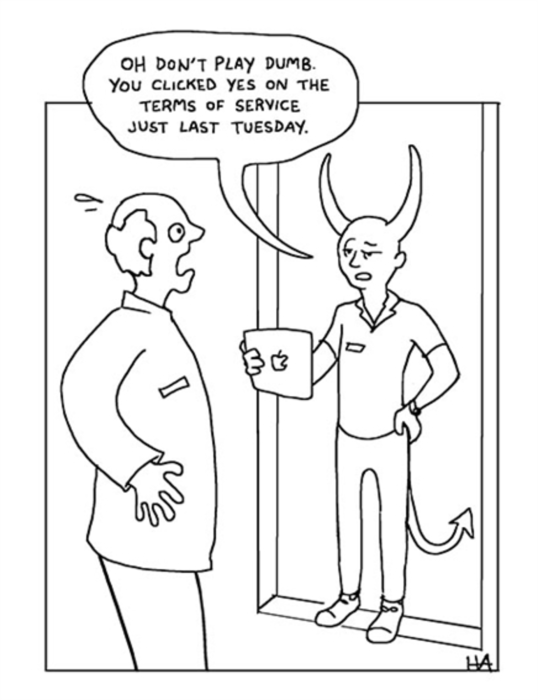 Digital Transformation: Are You Falling Behind?