Mercedes’ brand heritage dates back to 1886. Throughout the
brand’s history the luxury vehicles were geared towards people that had “made
it” and could afford a car in the $40,000 and up range.

This spring, the brand changed things up with the release of
their 2014 CLA, which has a starting price of $30,000. It’s geared towards
Millennials, a group that is typically still on their way to being successful.

It may sound really good when your brand is the one doing
the talking, but it sounds a whole lot better and more people listen when you
let evangelists do the talking for you. Mercedes went on the offensive across
digital and social media channels to target Millennials, leveraging a
combination of owned, earned and paid media, with influencers at the core, to
reach their target demographic and drive advocacy. Here’s how:

Mercedes is using their owned social channels, from a microsite to Twitter to Facebook and Instagram to drive awareness around the #clatakethewheel
campaign. Their owned media content strategy is being fueled largely by
influencers with a large reach,
that fit the persona of their target
audience, and it is aggregated on Facebook, a channel loved by Millenials
(according to SocialBakers, nearly 50% of Facebook’s US audience ranges from 18
to 35). Toss in their consumer sweepstakes and content that’s built for sharing
and it’s a recipe for success in social.

We could dedicate a whole post to the ways Mercedes is
leveraging paid media to get the new CLA in front of Millennials, but lets
stick to the basics. When I saw a targeted promoted post on in my Facebook
newsfeed, which was probably because of my age or the fact that one of my
friends likes Mercedes Benz USA on Facebook, paired with a slick piece of
content, it hooked me and I shared it.

The slick piece of content I mentioned wasn’t just any piece
of content. It was a video produced by Casey
Niestat, who I first learned about in April 2012 around the Nike Make It Count campaign.
He is the ultimate influencer of the Millenial set. He’s cool, daring, just
edgy enough but also as authentic as they come. He creates content people want
to share, and all Mercedes had to do was give him a car and the opportunity
to create a commercial for them. 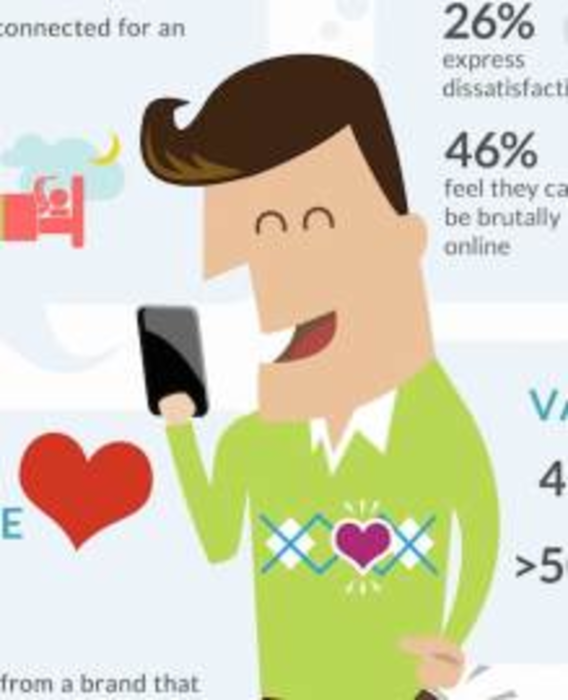 Infographic: Brands, here’s what your average consumer will look like in 2015

Here’s a snapshot of what the average consumer will look like in 2015. (Infographic via Reuven Gorscht)

Fashionmall.com Inc. yesterday reported second-quarter revenue of $868,000, down 30 percent from $1.2 million in the same period…